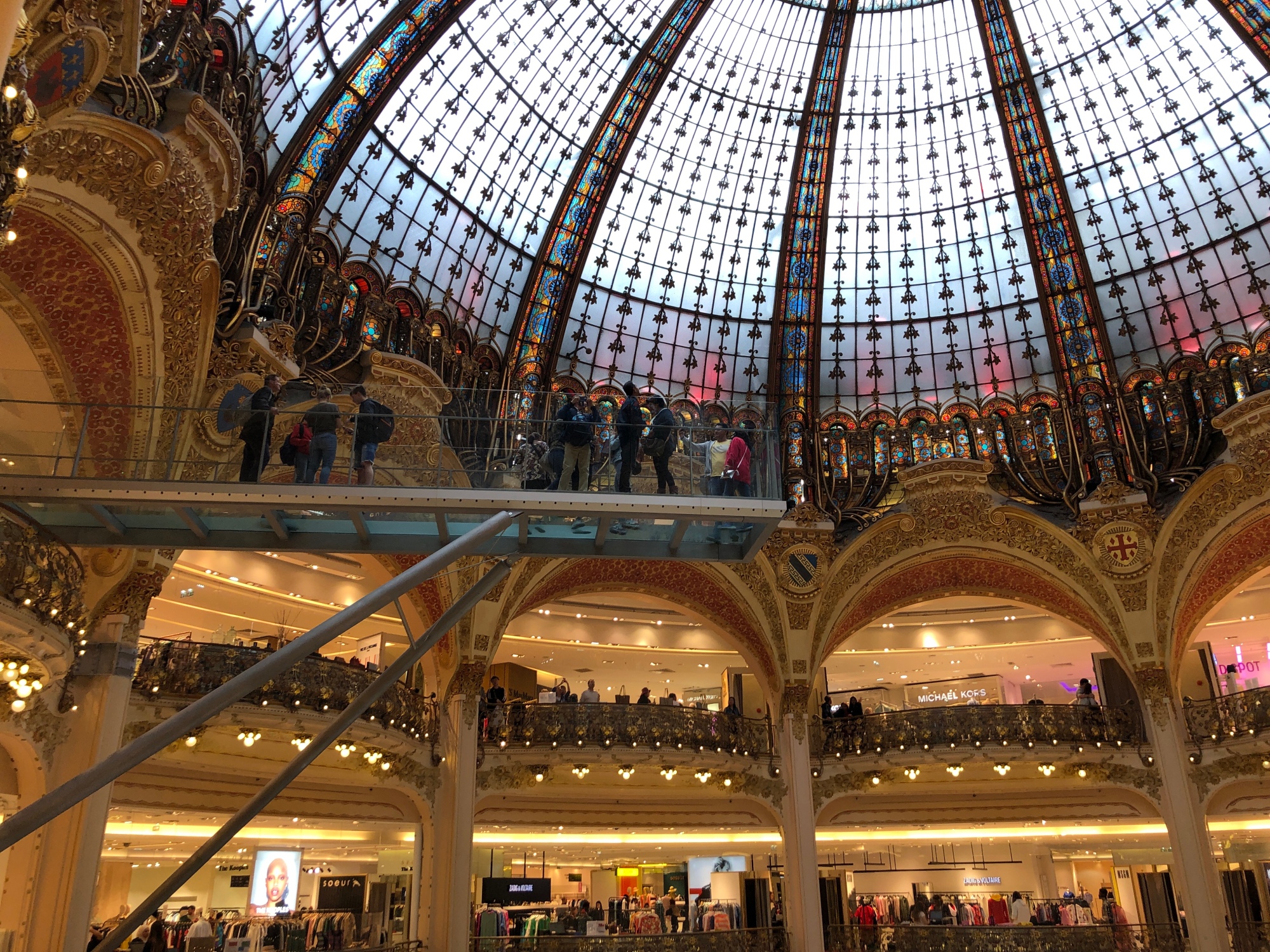 We had a late breakfast at the hotel and went out after lunchtime. While it is definitely a quieter day on the streets than a workday, contrary to my expectations, most stores were open. There were some smaller stores that weren’t open, but the larger stores were. It seemed that all of the jewelry stores along rue de la Paix near Place Vendôme we’re closed. Pity 😉

I had something I was looking for in Galleries Lafayette, so we headed over there. It was really busy and on the ground floor where the big luxe brands are located, there were long lines (looking at you LVMH) , fortunately, not what we needed. On the fourth floor where you can get a nice view of Galleries’ cupola, they’ve built a glass walk out over the floor (16 meters) below. There’s a person in charge of letting groups of people onto the walk for short periods of time (or the line would never move), but long enough to take some even more spectacular photos, though I don’t know how they’ll manage this during Christmas when they had quite a display hanging from the ceiling.

Looking down from the glass walk

From Galleries, we walked down Boulevard Haussmann in the direction of Printemps, though that wasn’t our destination. Though only a few blocks apart, Printemps didn’t seem nearly as crowded outside on the street as Galleries.

We passed a restaurant that had its seafood on display in the windows along the sidewalk. 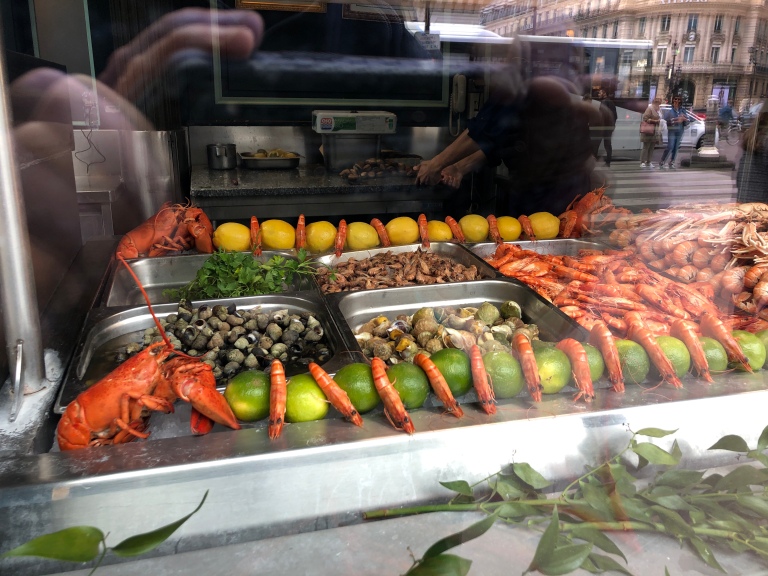 We walked back to Village Royale to see what was happening with the Umbrella Project display because yesterday was supposed to be the end of the exhibit. The exhibit was still up, but they had the gates on both ends of the passage closed so you could not go in.

The route back towards our hotel took us down rue Faubourg St Honoré and the Mandarin & Oriental hotel is on this street. There was a huge crowd standing in the street and on both sides of the sidewalks on both sides of the street (no hope of any any traffic getting through). Obviously this meant some celebrity is staying there, though there’s obviously no way of knowing when/if they’ll make an appearance outside to acknowledge their fans. There were a few fans wearing T-shirts with the name of the group, BTS, and their world tour. We’ve seen similar groups of fans in front of this hotel although usually, you cannot tell who is staying there.

We continued on down to rue Castiglione and decided to see if Cedric Grolet’s boutique at Le Meurice was open. The line in front of the door testified it was. We decided to try one of his creations. We ordered at the door and watched until we could enter the small shop as a team of six chefs were assembling the various creations of Grolet. Recreating his pastries is a work of art and each customer order is made by hand as you watch.

We’ll cap off the evening with a glass of wine from the interior balcony of our room that faces out onto the courtyard of our hotel.