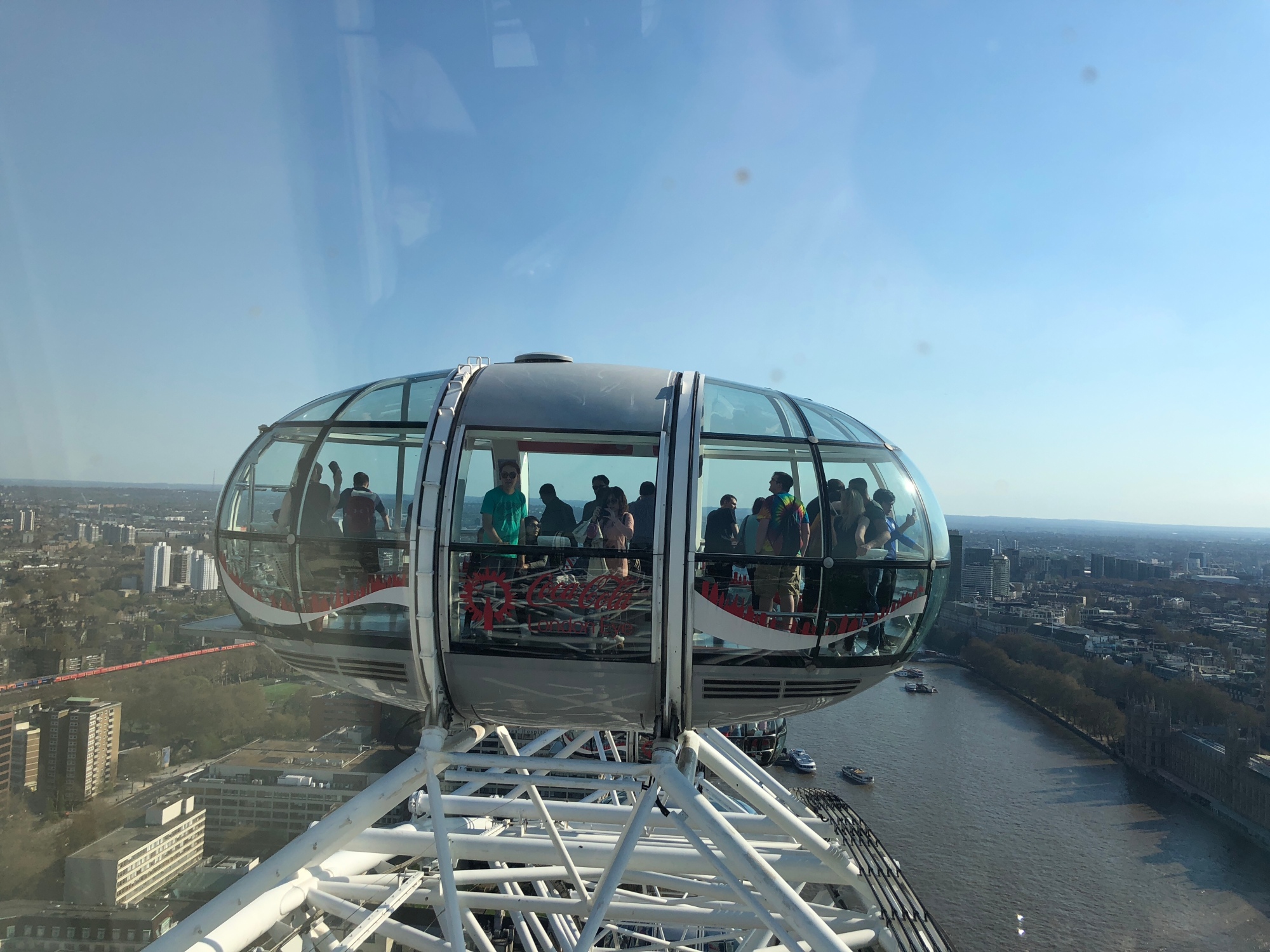 It’s been some time since we visited the London Eye. We first visited it in 2006. It’s a beautiful, clear day, so it should be perfect for visiting. An added bonus is that it’s pre-peak tourist season, when the wait for the Eye can be over an hour.

The Eye was built to celebrate the millennium. It was ceremonially opened on Dec 31, 1999 and sits on the River Thames with an expansive view of London.

Not much about the Eye itself has changed in the interim, it’s the city that has continued to change and the Eye is (now) the second highest observation point in the city, having been surpassed by the Shard. There’s been a building explosion in London, building skyscrapers (and more planned) and the view today will confirm that. In fact, we took the Tube to Waterloo Station, walked across the elevated walkway to find that the twin towers at South Bank (within a block of the Eye) which housed Royal Dutch Shell had been demolished since our last visit in 2016 and were being replaced with a series of high rises in a large development. Luxury flats (apartments) where a two bedroom might cost £2.4 million ($3.3 million). Affordable housing is a huge issue in the London area and though housing took a 1% drop for the first time since the Great Recession, houses are still very expensive and out of reach for many. The Prime Minister’s opposition leader is championing building 1 million “affordable” homes over 10 years if his party wins.

The “Eye”. Cherry trees blooming as you walk up to it. 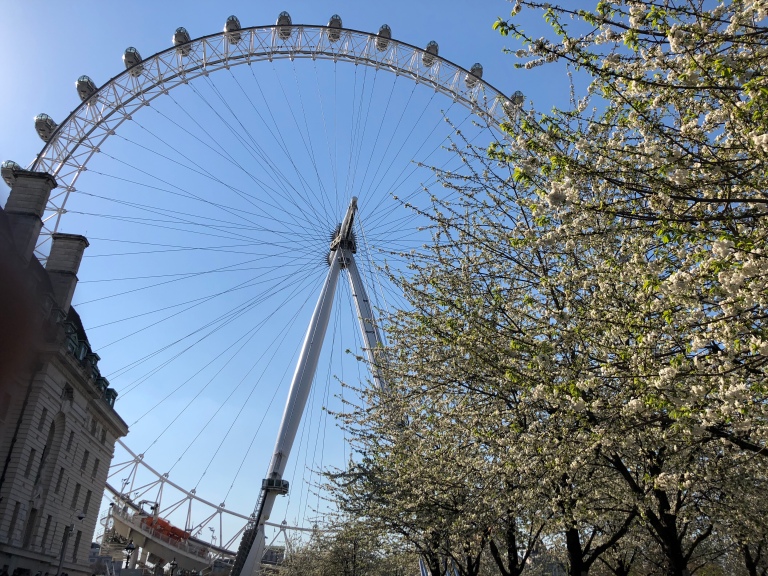 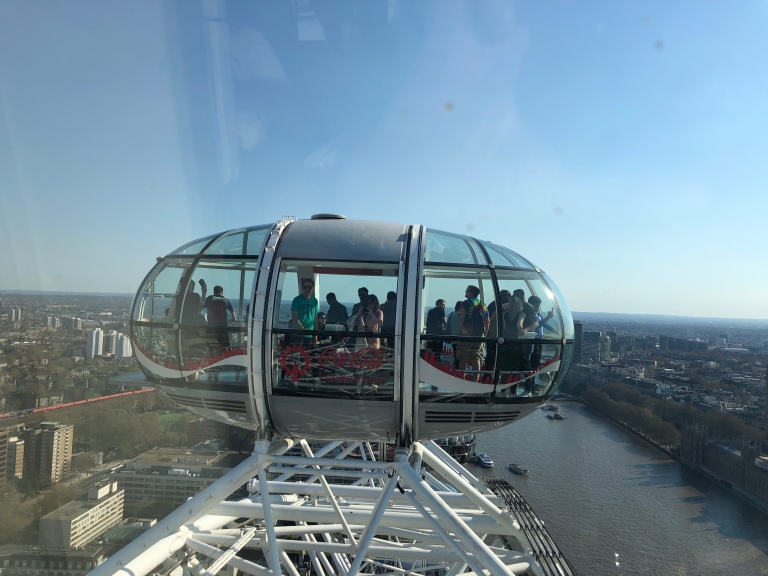 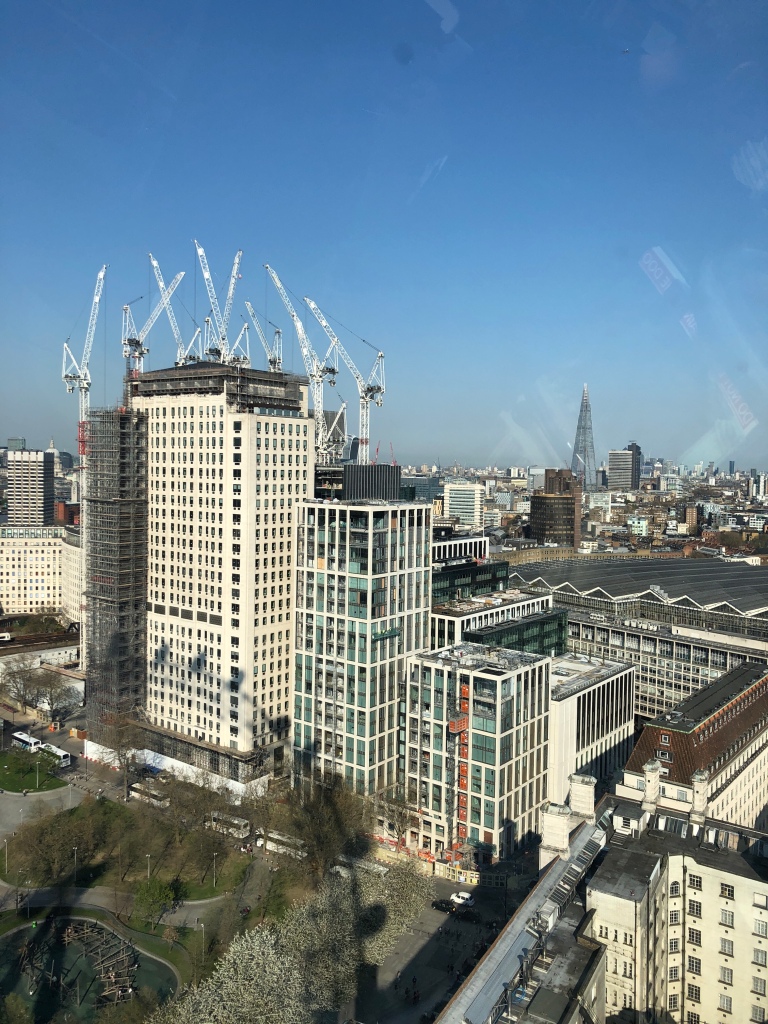 After buying tickets, the wait was surprisingly short, only 10 minutes. People step out of the moving capsule and once security has (quickly) “swept” the capsule, you step into the capsule as it rotates down, it never stops moving. Each capsule probably holds about 20 people and as it slowly rotates up to its peak you get some beautiful views of the city, the river, Parliament and Big Ben (across the river with scaffolding surrounding Big Ben and parts of Parliament) , St Paul’s Cathedral, Buckingham Palace and the Mall and the Shard. I estimate the ride to last about 30 minutes.

The bridge above does not actually curve, that is an artifact of a panorama photo. 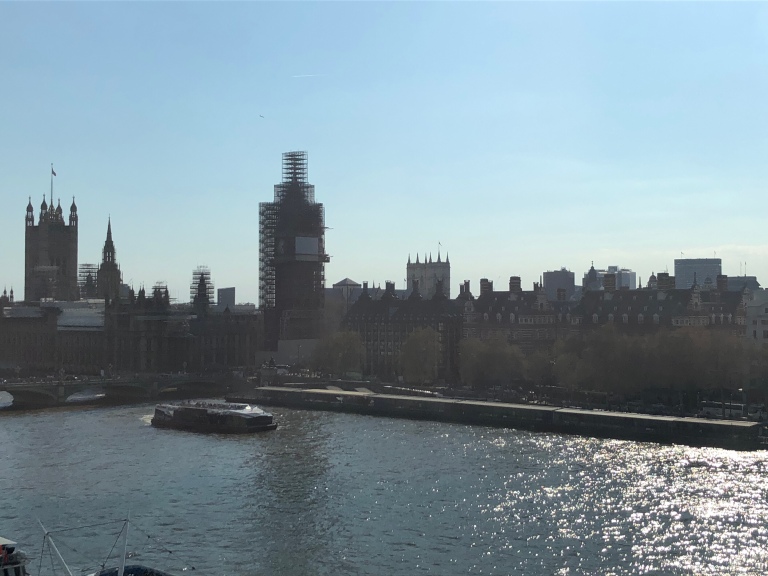 Down below us are some jet boats that offer tours up and down the river. We took one of these RIB tours in 2015 (RIB = Rigid Inflatable Boats).

Back on ground level, the area further down the riverside is where you’ll find performing artists playing to the crowds milling around. 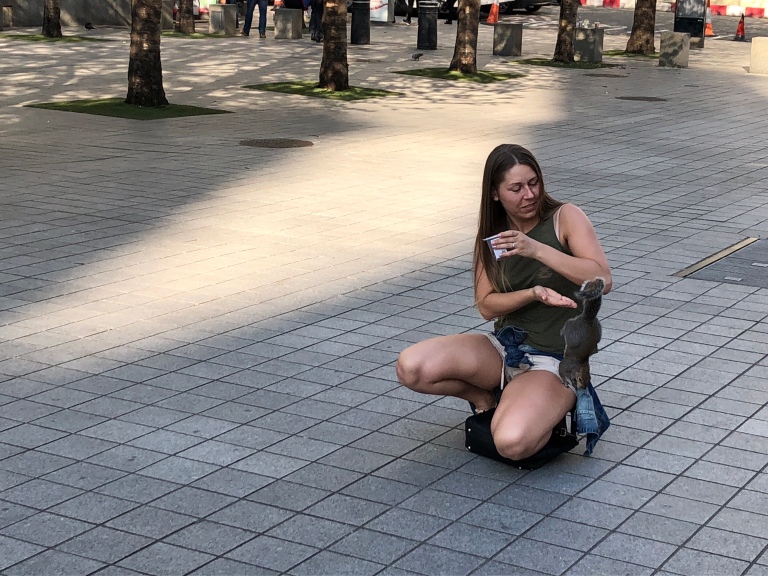 It’s time for a Ned’s Noodle dinner. The Eye adjoins County Hall, a government building that also has two hotels, the London aquarium. Across from County Hall are some restaurants and one of our favorite “cheap eats”. 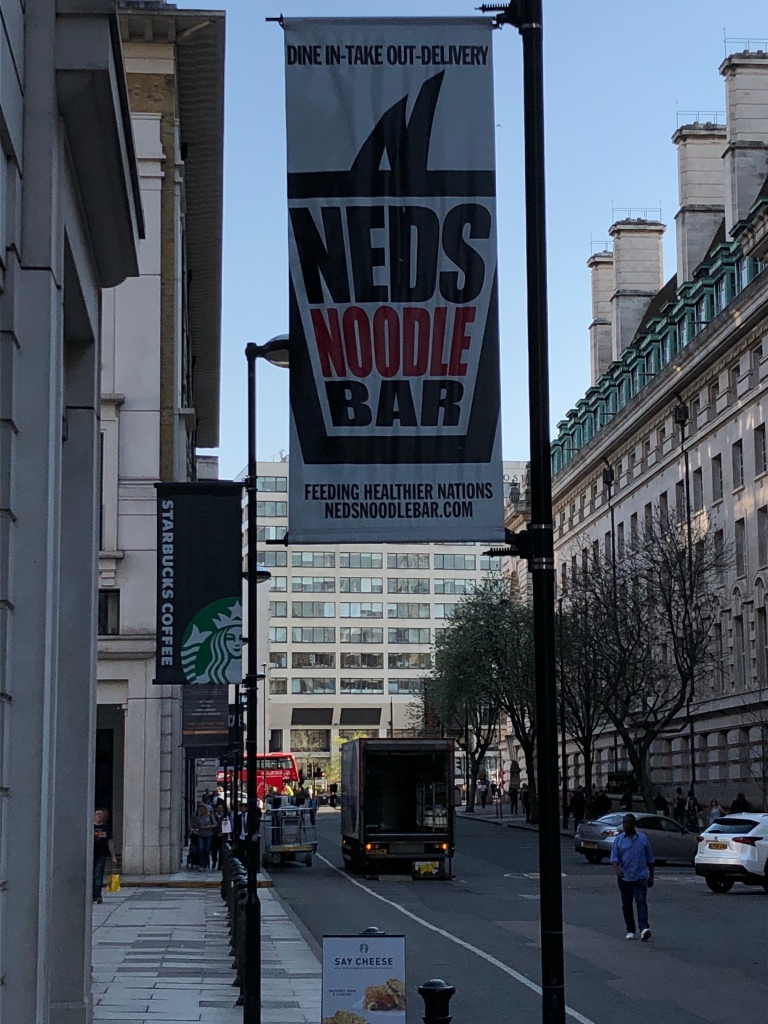 Tomorrow we have an early train out of London taking us under the English Channel to the Continent.