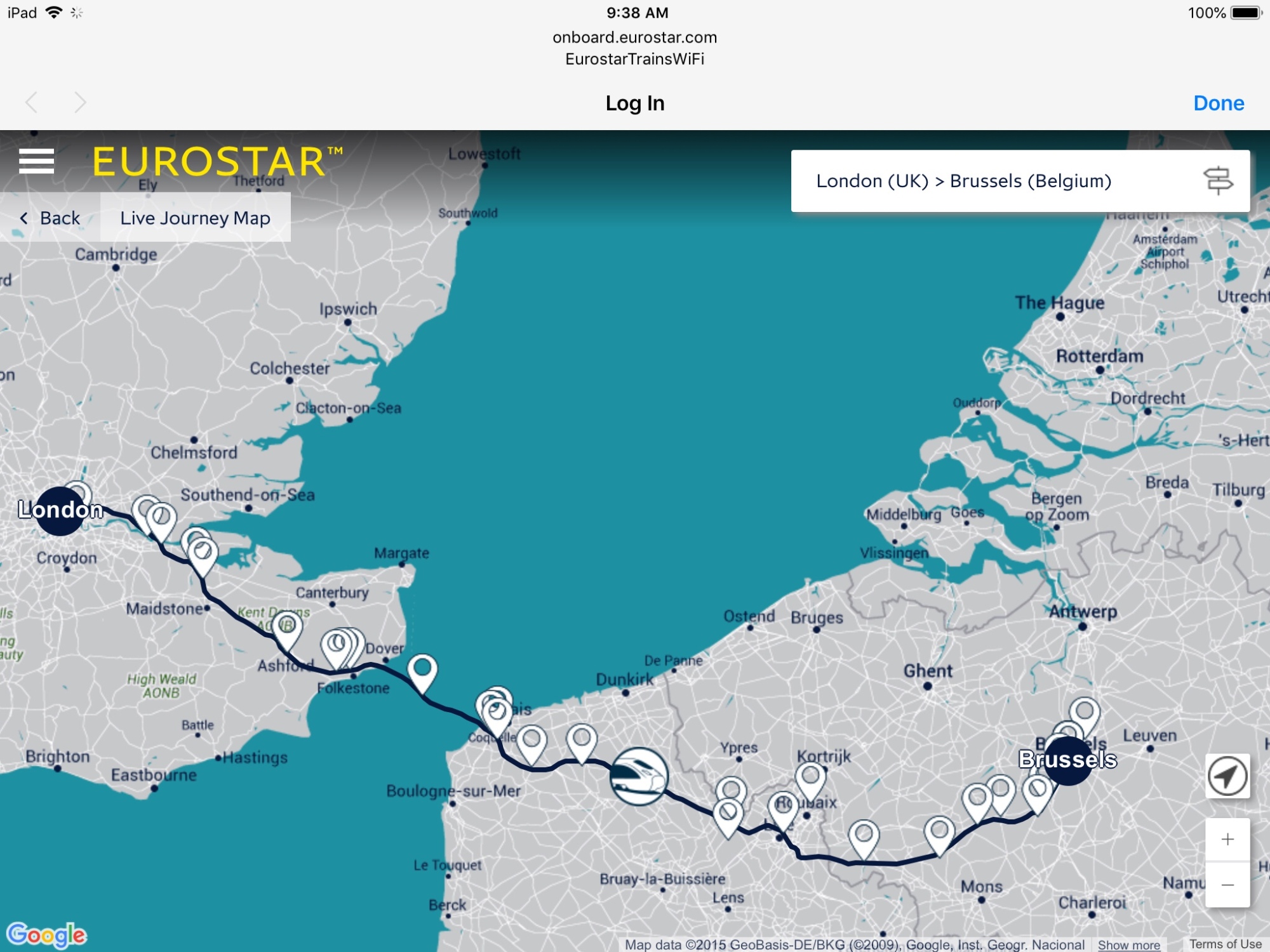 We finally arrived in Amsterdam, where the number of bicycles exceeds the population. At street crossings, pedestrians have to watch out not only for cars, and trams, but also cyclists (who have their own lane).

We left the hotel in London about 7:15 am for our 8:30 am Eurostar train. The international trains leave and arrive at St Pancras , which is part of Kings Cross Station.

You have to go through passport control (twice, once for the U.K., once for France) and security screening , just like an airport. Once through, the waiting area is crowded as there are multiple trains leaving around the same time. The train had WiFi, but it wasn’t very good (they rely on ground based cell sites) and I used my other phone’s Google Fi hotspot as much as possible.

The Eurostar is one of several high speed trains in Europe (France has its TGV, Germany has the ICE, UK has the Javelin, Belgium has the Thalys, Italy its Alta Velocità) and Eurostar is the only one that crosses to/from the continent to the UK. The Chunnel (channel tunnel) was built between the continent and the UK. Completed in 1994, it was the most expensive construction project ever completed. We first rode the Eurostar in 1999. Though not the longest or deepest undersea tunnel, at its lowest point, it is 75 m (250 ft) deep below the sea bed and 115 m (380 ft) below sea level. Do read the Wikipedia article. It will give you an appreciation of how long a project like this has been under consideration, the challenges with this project (even today)

This shot shows us zipping along at about 140 mph. The French TGV Loire Atlantic (which we’ve ridden) reaches nearly 200 mph and a specially modified version holds the land speed record for a train at 357.2 mph!! 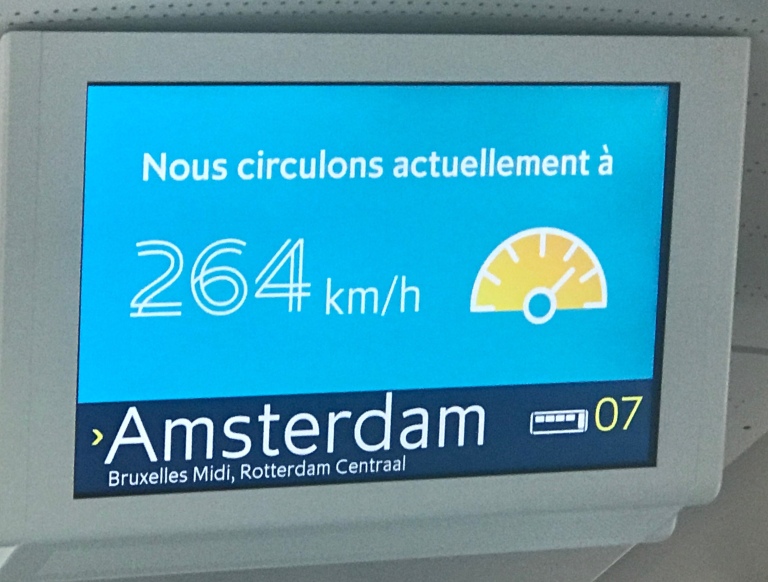 The speed isn’t evident inside the cabin (though you can see the countryside flying past) and once you enter the tunnel, the train slows and it’s just dark, you don’t see the tunnel walls. After about 30 minutes, you emerge into France. 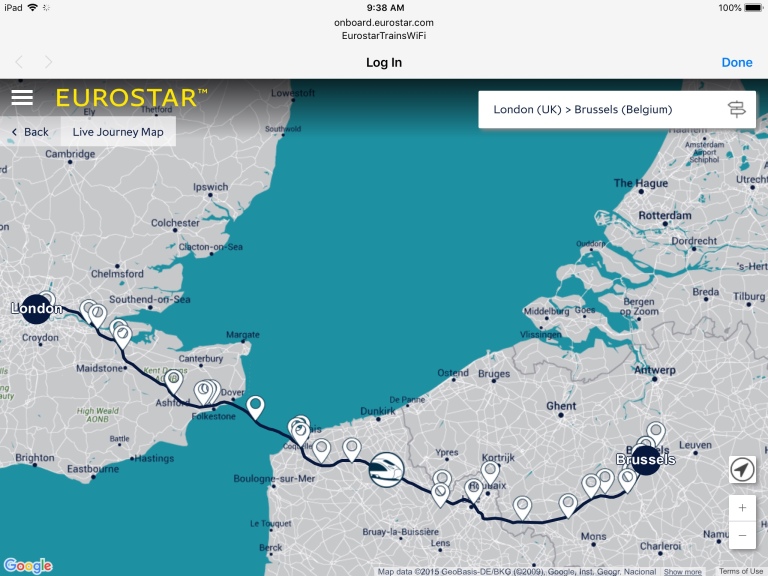 We changed trains in Brussels Midi station, but for reasons unexplained, the trains in the Thalys (high speed train) network were all running 15 minutes late (unusual).

As we travel through the lower Netherlands and then Rotterdam, the countryside is very flat and there are windmills scattered across the landscape. The windmill’s most important purpose is to pump water out of the lowlands and back into the rivers beyond the dikes so that the land could be farmed. Pumping water out of the lowlands is how the Netherlands reclaimed land from the sea.

Finally arriving at Amsterdam’s Centraalstation (main train station) about 3pm, we took the Amsterdam metro for the first time. We’ve always taken the ubiquitous trams in the past, but this time our hotel is in a different area, served by the Metro. As low as Amsterdam is relative to sea level, its hard to imagine the engineering challenges of digging tunnels for a metro system.

There are four existing lines, with a fifth route under construction. The first run of the Metro was in 1977, nearly 100 years after the London Underground began operations. The Metro doesn’t cover nearly as much of Amsterdam as the London Underground does of London or Paris Metro; there is no line out to Schiphol airport, for example. The GBV (transport authority for the Metro, trans, busses) sells reloadable chip cards or a variety of more limited time cards. We bought one hour tickets. The entire public transport system is now cashless; when we were here last year, you could still buy tickets onboard the teams with cash. So far on this trip, no journeys to the ATMs at all.

Beautiful and clear today, the weather looks to be great for the next few days.

Our hotel upgraded us to a suite!

The hotel has a club lounge and they serve some hors d’oeuvres in the evening , only fitting being in Holland they have some good cheeses from which to choose.