As we leave our hotel for the train station, we see the local merchants and farmers setting up for market day along the Reuss river, on both the old town and ‘new’ side (rail station side), in the vicinity of the Kappelkebrucke, on this Saturday. They’re still setting up, but they sell a variety of things from flowers to hand made articles and cheese, breads.

The Kapellebrucke (Chapel Bridge) is probably the more famous of Luzern’s two wooden bridges. The Kapellebrucke has a tower built next to it that sits in the middle of the river. The tower has served variously as treasury and prison.

The swans must be on another part of the river this morning, so we feed the ducks a bit of bread from breakfast before walking in to the train station.

As much as we enjoy being here and Paris, it’s with reluctance that we leave Luzern, one of our favorite cities. We hope to be back in May if plans work out.

There was no snow or rain this morning, but only 30 minutes out from Luzern, there’s snow on the ground. A short time later and it’s a clear blue day; snow mostly gone except for some in the upper meadows.

Now, it is on to Paris. The train (a workhorse) from Luzern goes to Basel, on the French/Swiss border, where we will change to a TGV (the racehorse) for the trip into Paris.

Prior to boarding though, we indulged in a few petite macarons from Sprungli. These little delicacies are a light meringue filled with different types of creme. We chose:

These small delights are about the size of a quarter in diameter, and maybe an inch high. 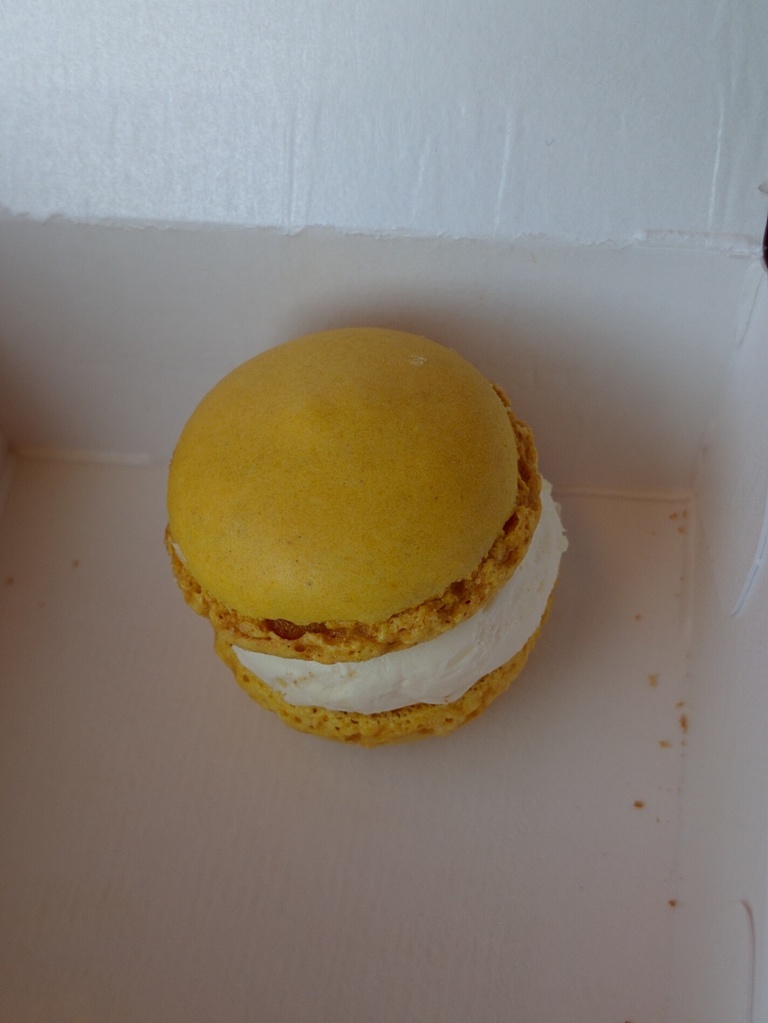 I don’t think I noticed any more security or special screenings for the TGV. Everyone just stood around until the train arrived and boarded as usual.

A brief stop in Mulhouse to take on more passengers; next stop. Dijon. The train arrived in Gare de’l Est on time. 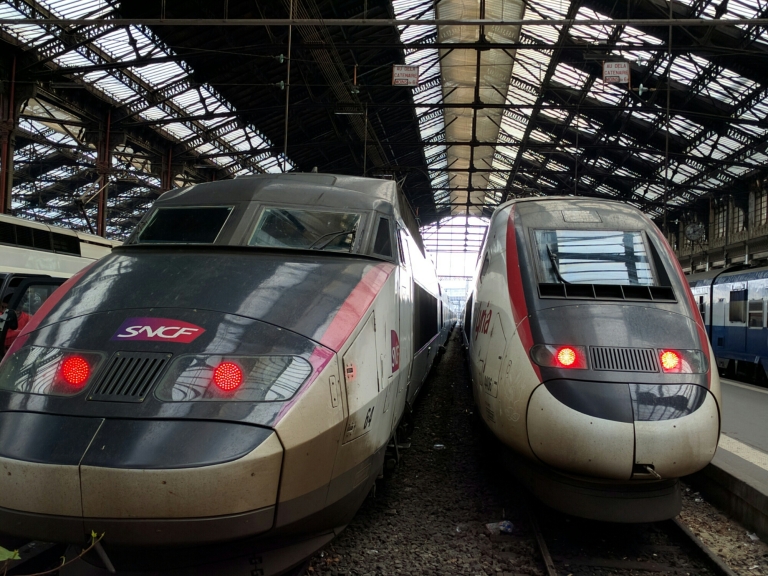 Now we’ll navigate the Metro to to closest stop to our hotel, which is just a few blocks from the Metro stop. Remarkably, only two sets of stairs we had to carry the luggage up or down.

Once at our hotel, we were greeted by the guest services manager as we are frequent guests. Fortunately or not, depending in how you see it, this is “Fashion Week” in Paris when all if the fashion houses have their spring fashion shows, so the hotel will be busy. There’s more security at our hotel, too. All handbags are inspected.

Our room is very much like some others we’ve had here, with one notable change. I haven’t tried it yet, so I don’t know how I feel about the “robopotty“. You open the door to the little room with the toilet, and the unit automatically raises the lid. I’m told that it will rinse and dry too. Hmmm.

Of all the things they could have done to remodel the rooms, this is the most novel.
More on this later, for sure.

Now that I’ve ‘explored’ the features a little, I can relate the following features of our robopotty:

You will now need an electrical engineer to fix your robopotty.

A stop at Laduree is on the way to the Mothership is singularly really delicious and expensive. A large macaron (1 “r”, 2 “r’s” is a cookie) is 5.20€each.

There is a lot more security in the area around the Mothership, but not solely because of it. Hermes is close to the Elysee Palace . On a side street, we notice someone just standing across the street. Someone with an ear mic. When you enter the store, all handbags are wanded and you are given the once over. I got in anyway. Across the street, guarding the beginning of the perimeter are the “normal” number of gendarmes.

You’d expect this and more after the terror attacks.

2 thoughts on “Luzern to Paris-The Workhorse, the Racehorse and the Robopotty”