Today, no snow or rain, but still cloudy, so no point in trying to go up to Rigi. We’re going to ‘walk the wall’ except that during winter, you can’t actually go on the wall due to the danger from ice. But you can certainly walk all along side it.

Like most medieval cities, Luzern had a protective wall, with 9 towers. The wall was built in 1386. Historians regard 1178 as the year of the birth of Lucerne, because it was then that the parish was transferred from the monastery to the city.
We started down at the lowest, first tower, near the river. The ‘gate’ through the wall is actually a street, has a stoplight, as it is one lane wide.

Some history of the wall and city.

We walked down the mountain in a quiet neighborhood, where there are schools and churches, including Ursulinenkloster, built in 1676. 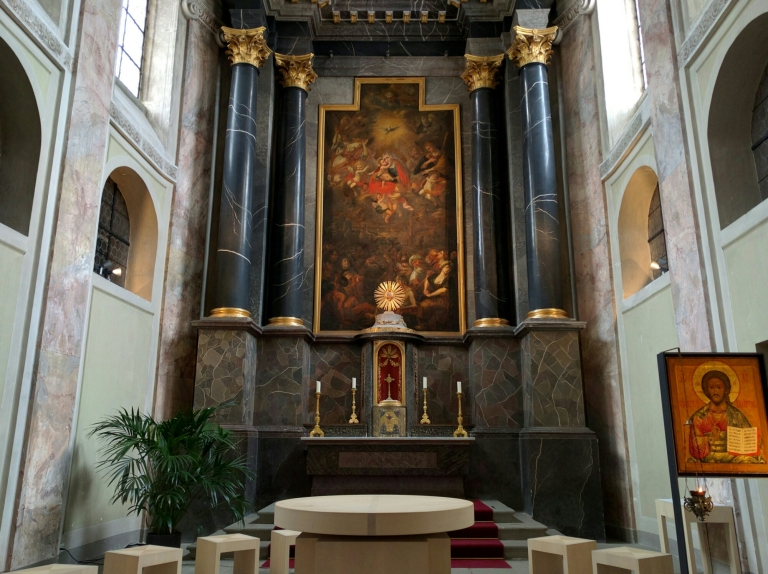 As we walk down the street, we see another one of those necessities if you live on the top floor of a six story building and need something delivered or moved. The have a 25m ladder (~75′).

Lunch near the Lowendenkmal, and on we go. 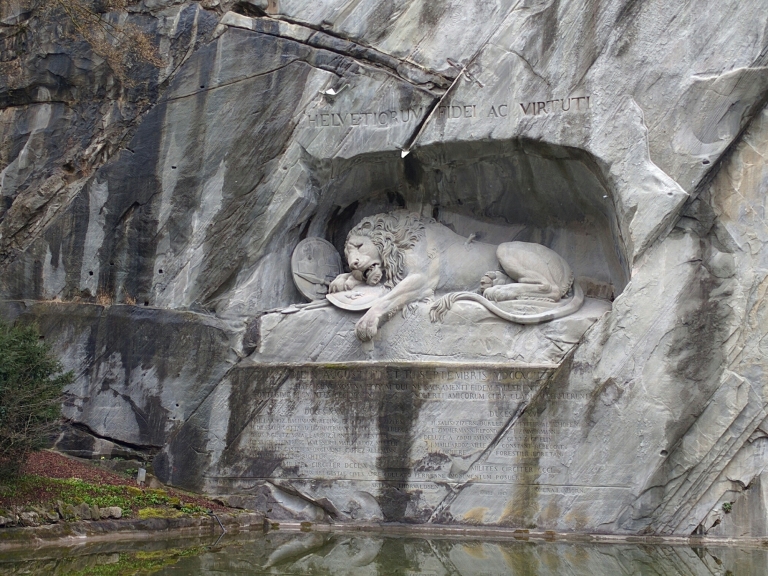 Down by the lake, the view to Mt Pilatus is still obscured, but you can see part of the way up the mountain.

The swans are on patrol for any potential meal and woe be to any gull or duck who may get in their way, including other swans. As you walk along the quai, you may get a sense that you are being followed. And you are, by a swan…

Get away from my food!

Near the Schwannenplatz, there’s a swan who has staked their claim to part of the sidewalk, waiting for some foolish person to feed them; there are inevitably some who do, at their own peril. Because as beautiful as they are, they can get aggressive when it comes to food, especially if they think you are taking it away.

Kapellebrucke looks bare without its flowers along the rails but they’ll be back in Spring. 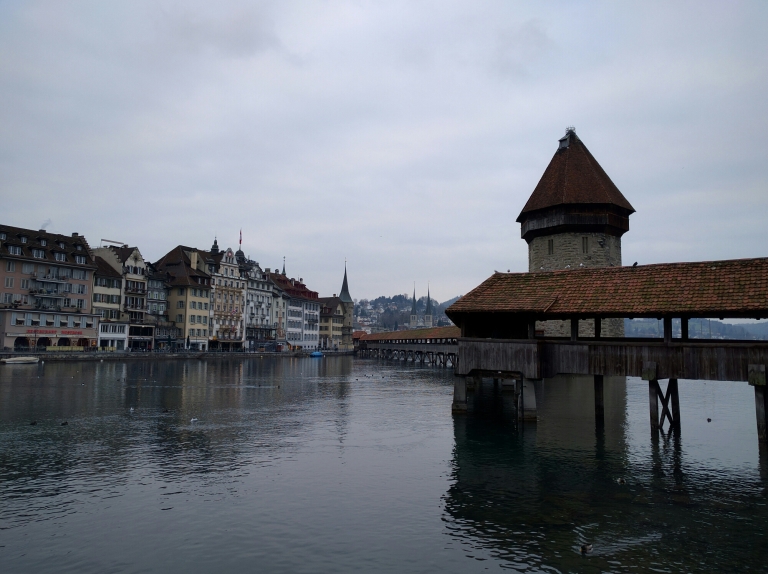 Tomorrow is a long day, as we will be leaving Luzern to travel to Paris. But, if things go as hoped, we’ll be back to Luzern in May.

One thought on “Luzern’s Nine Towers”