I’m sorry for the link included in last night’s email. I was using a tool I’ve used before (and it worked), but it didn’t work this time. I’ve contacted support, but I’ll go back to what works!

We changed hotels today because when we initially made reservations, the first hotel (where we stayed for 2 days) said they were full on the third day, so we made alternate arrangements for day 3. Then when we checked in, they had us down for three days. We were unable to cancel at the other property without incurring a full penalty, so we moved today.

Looking out from the bridge across the Reuss, we can see these mountains and their heights.

The second property is probably a mile away, but suitcases have wheels (but don’t go over cobblestones real well). The second property is close to the train station, but in a section of the city that seems to be more business/office than residential and adjoins some small islands (Insel in German) along the lake. More about that later.

Today is Market day in Luzern and the vendors setup their tables and tents on both sides of the river in town. They sell fruits, cheeses, baked goods, flowering plants.

We dropped off our luggage at the hotel because our room (junior suite upgrade!) wouldn’t be ready until mid afternoon. We crossed back over the river to have lunch at one of our favorite conditorei (Heini) in the old town.

The old section of town has a few main squares:Weinmarkt and Kornmarkt and a lot of little side streets that you would expect from a medieval walled city. We went into the Coop (grocery/department store chain) to look for some candy (Kirsch batons – little chocolate “sticks” filled with Kirsch liqueur ) , something you can’t buy in the US. Your loss.

This was hard to resist, but no sheets of chocolate for us today. 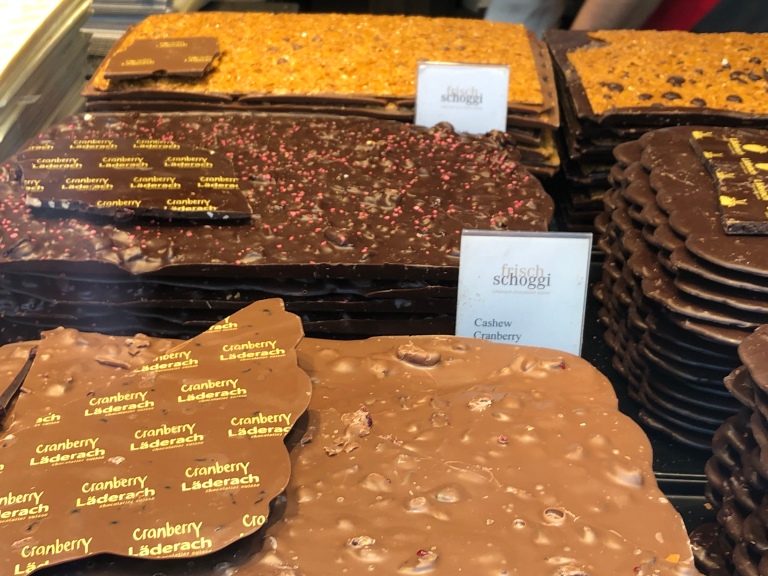 It’s a bit warmer than we expected, around 87F, but really picture perfect weather with lots of blue skies, those snow capped mountains in view.

It’s June, so there are plenty of tourists like us here, but the tour bus parking lot is full and we see a number of groups of Asian (mostly Japanese) tourists, who tend to move around in big groups with their tour guide. We walked back over the river, past the train station (again) to check in and hopefully leave our chocolate where it won’t melt.

After a brief respite, we left the hotel and walked over the elevated bridge that connects the city to the small islands that are along the lakeshore. In this area are some small boat docks, but also the dry docks for the lake cruisers with a large multi-bay building to bring the ship in for repairs. The lake cruisers are one of the main means of transport between Luzern and the many smaller cities and villages that dot the coastline of the Lake of the Four Cantons (a canton would be similar to a state in the US). The maintenance building was decorated in the outside by old propellers. 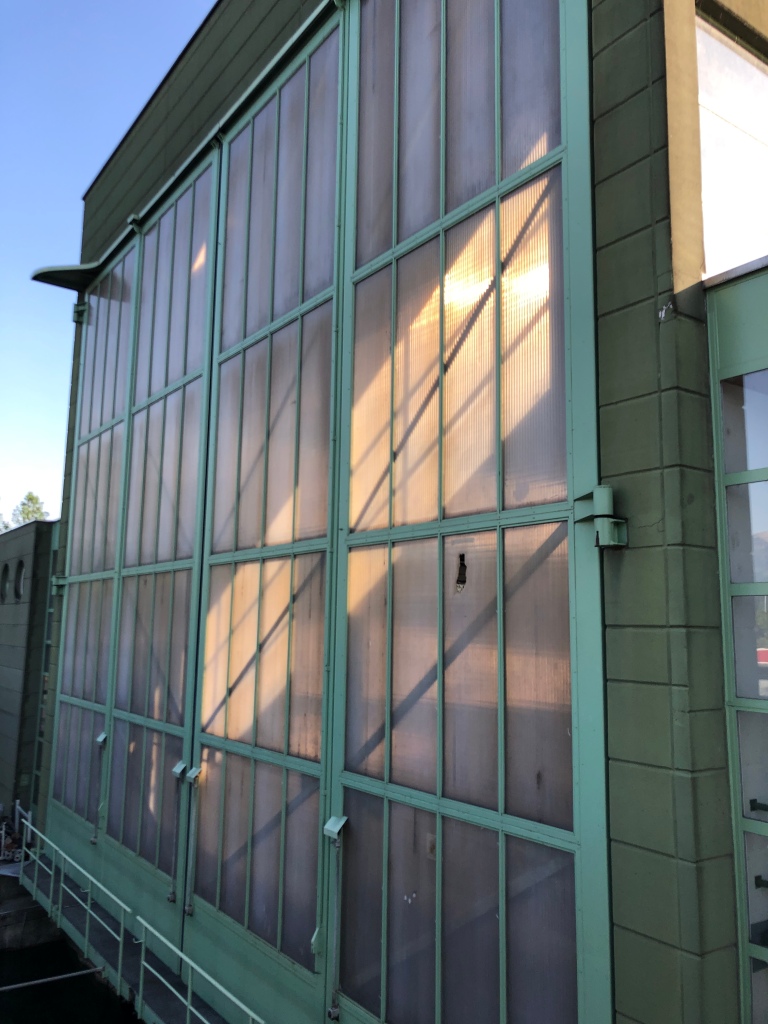 We spotted a couple of odd looking small boats with camouflage and a lot of radio antennas and radar gear on top. No markings on the boats identified what they were. 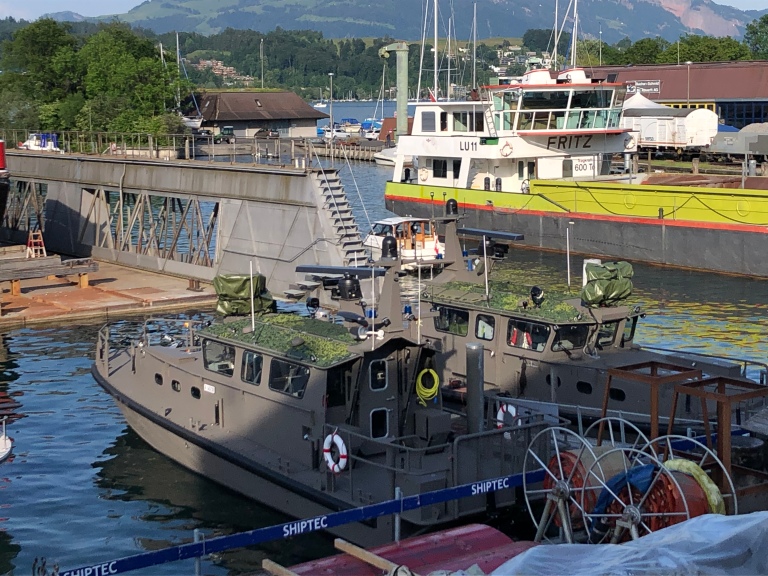 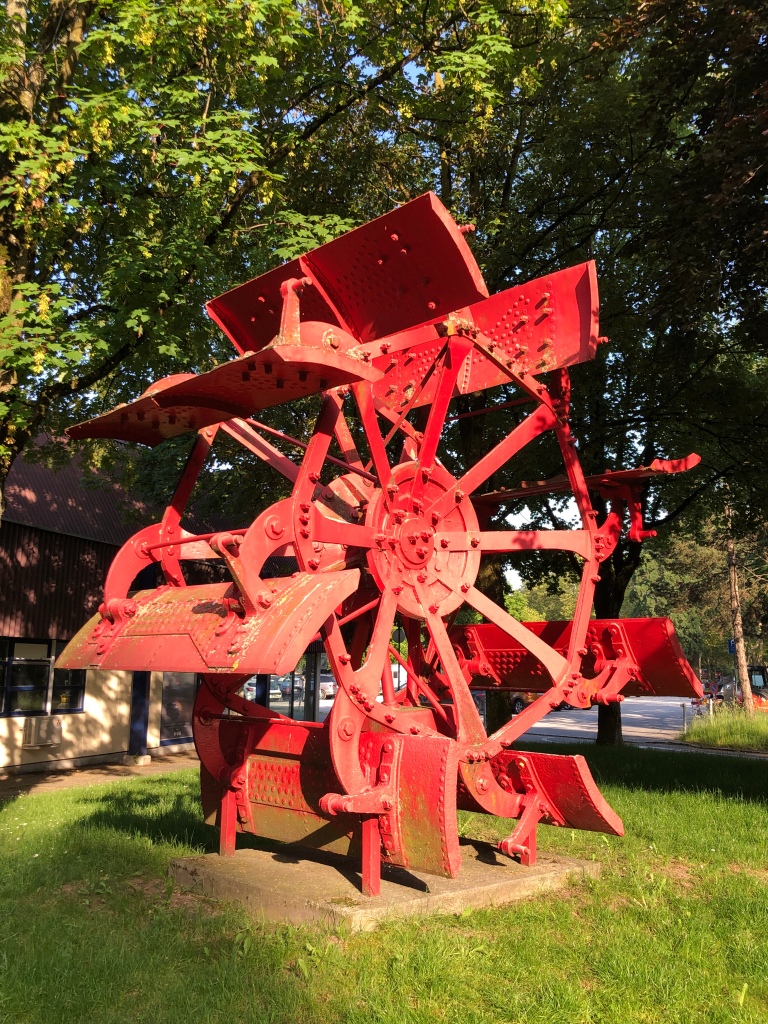 There are roads of course and busses serve a number of these areas as well. If you’ve never taken the cruise all the way around the lake as it stops into each village or town, it’s worth the bulk of the day it takes; scenic, beautiful with the sounds of the paddle wheeler churning through the lake and the horn announcing its arrival/departure echoing across the lake. The water is clear, as it comes from snow melt from the mountains that surround it.

Leaving the hotel, we walked through a small park near the Kongresshaus (Convention center) and there were quite a few people relaxing in the park. We even spotted some people playing boules.

Further down from this park is the boarding area for the lake cruisers, but we found this swan had retired for the day. 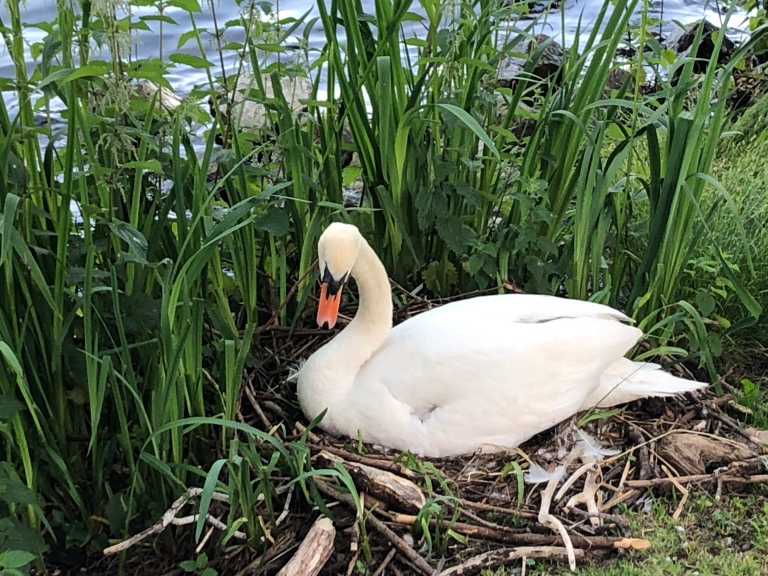 Some last visits to favorite places before we leave tomorrow. It’s always hard to leave, but we’ve been able to return many times.