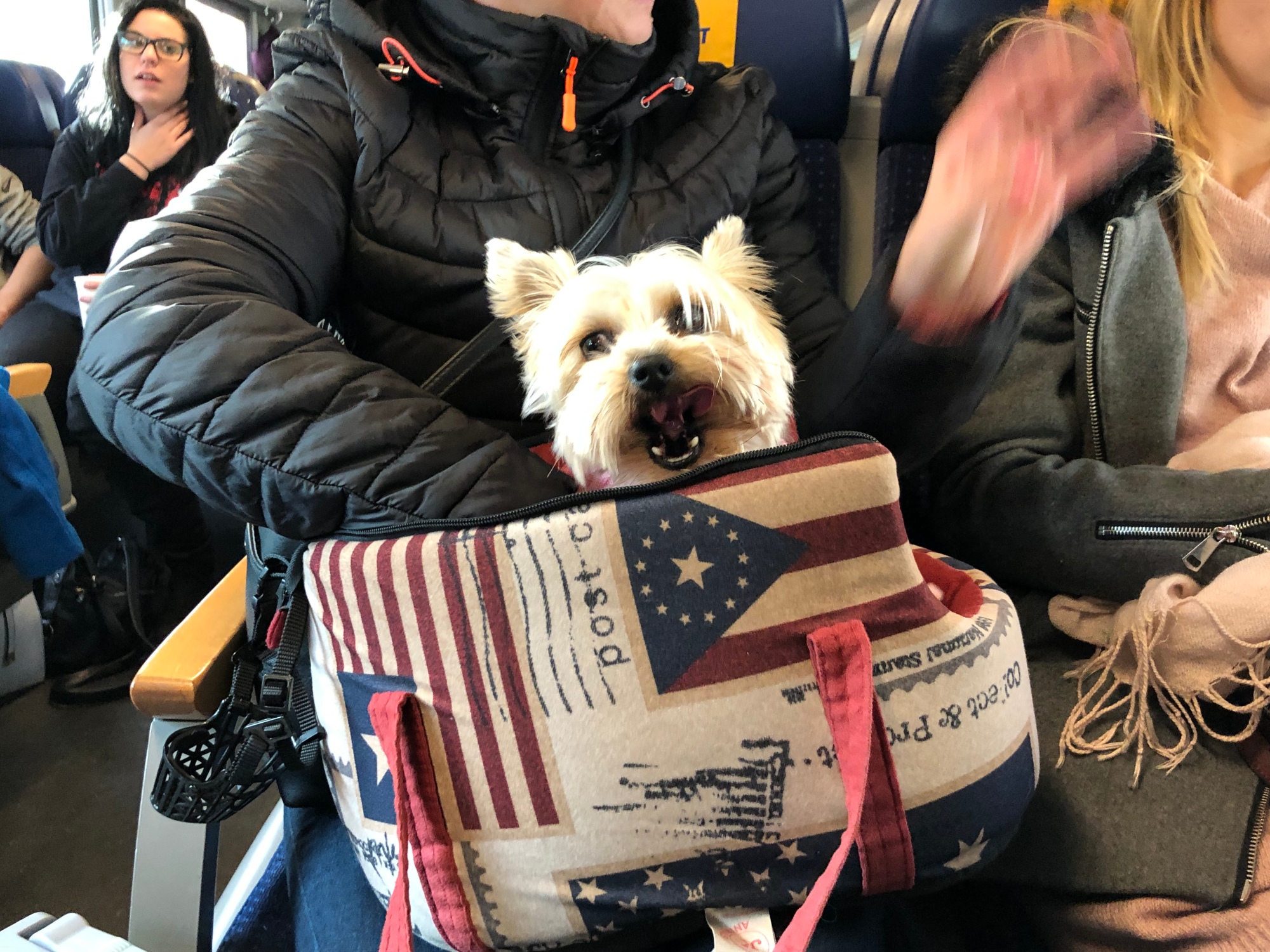 We started our day earlier today as we leave by train from Vienna to Prague (Praha), Czechoslovakia. It’s a short walk to Stephansplatz for the 5 minute UBahn to the Hauptbahnhof (main train station). It remains a cool clear day at 28 degrees. At 9am, der Graben is full of delivery and service vehicles since it turns into a pedestrian zone around 10 am.

We’re at the train station by 9:30, am, a full hour before our train, which also means our train track is not yet posted. We’re going to settle in at Coffee Fellows (founded in Munich), a coffee shop. There are Starbucks here, but they tend to be in places like the airport and train station, since Vienna is a city that thrives on coffee – there’s a lot of local competition.

We’re traveling on Regiojet, a regional low cost train line. Tickets are €15/person ($17) for this four hour trip. Cheap Deal! Not all the seats are this price and they vary by class and advance purchase. It pays to shop around and use some great resources like The Man in Seat 61.

The train seems to be full! Soon, we’re crossing over the Danube River, then traveling through the countryside, where we can see some crops have been harvested and a winter crop of some sort coming up. Except for the evergreens, the trees are of course, bare. This isn’t a high speed train. At this point we’re only going 40mph.

After about an hour, we cross into the Czech Republic. I know this because my cell provider sends me a welcome message when we cross borders and because the station at which we’ve stopped is unpronounceable, Břeclav. Slavic languages are definitely different than the Latin or Germanic based languages, with different accented letters than we have. But simplifying the assumption that there is a single Czech language is like saying there’s one dialect of English, when there are many. And this is the case with Slavic languages. It is a bit disorienting when you look at a sign or a menu and many times don’t recognize a single word. Though I certainly don’t speak Czech , it is possible to use the Google Translate app on your phone. Using Translate, you can point the phone’s camera at a sign or menu and it will provide a usable translation. Not a way to read a newspaper, but it works for small things. We used the app to ask someone who spoke no English, a question.

We have a seat mate! 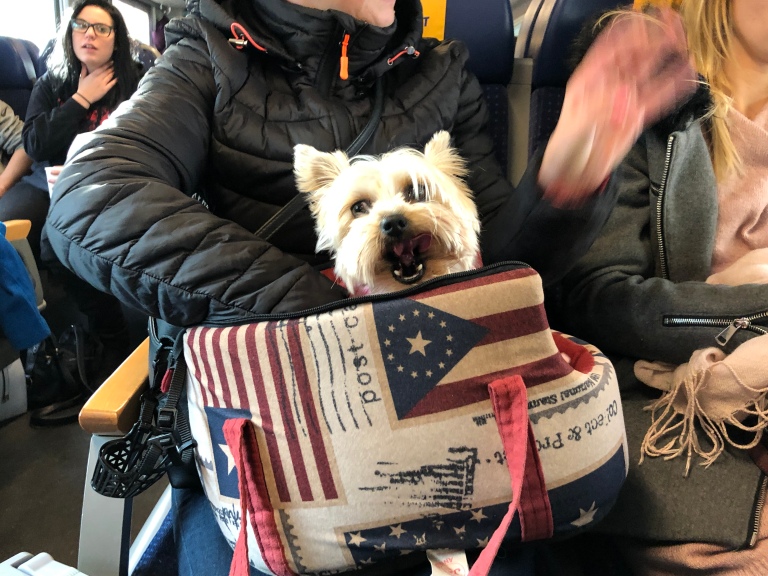 The Czech Republic is part of the EU, but unfortunately does not use the Euro, using it’s own currency of the Czech koruna česká, where 1Kč = 0.044 US or $1 US = 23Kč.

We arrived in Prague on time and the first order of business is changing money. Years ago when we started traveling, changing money was inconvenient and sometimes expensive and we shopped rates and fees between banks. A lot of that went away or was somewhat simplified with the advent of the ATM, debit cards and the EU. For countries we visit on a regular basis, we usually keep some amount of their local currency for the next trip so that we can buy subway tickets, etc without finding an ATM. We did not do that the last time we visited Prague, but used our korunas to pay part of the hotel bill. So, today we arrived and have to change money. We learned years ago through shopping rates and fees, you NEVER exchange money at those store front money exchange shops. Out of curiosity, I priced out their fees, which on $100 US would have come to $28 in fees! I exchanged money at an ATM which charged 102Kč (about $4.40) and my brokerage firm waives those fees. Getting your money exchanged through a bank ensures a better rate, as they exchange millions of dollars of currency a day. I checked the exact rate to see how many dollars that 3000Kč actually cost me. I received a rate of 0.04547 (USD per Kč ) vs the rate in my forex app of 0.04353 (about $0.19 difference on $100) and I presume this includes the ATM fee. Much better than losing 28% of your money to fees. ATMs are everywhere, avoid those money changing services like the plague. As widespread as credit cards may be, there are still places/services that only take cash.

We bought our subway tickets (24Kč each or $1.04) , but had a good hike from the train station to the metro station. Once there, it was only 3 stops until we got off and walked a few blocks to our hotel.

As in Vienna, it was now getting dark by 4pm. so there will be no sightseeing today.

We stepped across the street to go to a large shopping center to find something to eat. It’s four stories high and at least two blocks long. A quick glance around saw some store or brand names I recognized and a lot different, but in content and scope, something you’d definitely see in the US.

We visited Prague two years ago. If you haven’t seen those posts, check them out and here.