We intended to go to a national park today, but got away later than we shoukd have done.

Expecting the park to be crowded, we weren’t disappointed when we arrived. I found a parking place, but the enormous parking lot was literally full by lunchtime and we decided that we’d rather come back (earlier) tomorrow and not compete with so many people to begin with. This park has some stunning scenery, but the crowds must be enormous for the parking to be full out to the boundary. At some point, crowds detract from the experience, so we’ll hope to do better tomorrow.

When we came to Berchtesgaden in February of 2016, we wanted to drive the Rossfeld Panoramastrasse, a high mountain road near Berchtesgaden, but the road was closed due to snow. Snow wouldn’t be a problem today. Driving up and down this mountain presents some challenges if you have an underpowered car. The second time we came to this area and drove up the mountain I felt like I might have to get out and push.

Depending on which side of the mountain you go up, the road grade can be steep or steeper. If the car in front of you is underpowered too, with my foot fully down on the accelerator, I felt at times like we might lose momentum going up. Fortunately today wasn’t like that and though we didn’t have a sports car, I spent most of the time in second or third gear. The roads are good, but winding (as you’d expect), two lanes and no shoulder (mountain wall on right side, and the mountain downslope on the other. Traffic is not heavy and it’s a mixture of cars, motorcycles, cyclists, tour busses and some trucks. It pays to stay on your side of the road as you snake up the mountain as you cannot know what’s coming around on the other side.

There’s a toll to pay (maintenance is 2-3x more than normal roads) to drive up the Panoramastrasse, but it’s totally worth it. There’s a medium sized parking lot at the summit and some hiking paths up (and down) from here. The road is 9.5 miles in length and leads you from 2790′ in Oberau to 5150′ at the summit. There are 14 bridges with the longest being 443′. If you hike or bike, there are two cafes at different points going down the Obersalzburg (Ober= “over” as in looking over Salzburg) side.

Here’s a scan of the brochure which shows the route we took up and down. Turn the map lengthways; as you look at the map, we drove up the left side and came back down the right side ending in Berchtesgaden.

Also, if you look at the upper right hand side of the map, you’ll see the Kehlstein mountain. On a prior trip, we took the bus from the Dokumentation OverSalzbug (about midway down on right hand side) up to Kehlsteinhaus (site of Hitler’s Eagle’s Nest).

I had downloaded an app for my phone on the recommendation of someone on Facebook who is from Germany and had used the app called Peak Finder AR. Augmented Reality is a great application here, as when you move your phone’s camera from side to side or to a different area, the names of the mountains change.

Before you can use the Peak Finder app though, you need to download a database of the peaks. This just isn’t going to happen if you’re using 2G (= no “G”). I was able to tether to my Google Fi phone which did have some signal (no cell towers up here). Using the app allows you to see all of the names of the mountain peaks as you point the camera at the landscape and move it around. You can also use your phone’s camera to take photos of what you’re seeing on screen so you can actually remember what you saw. 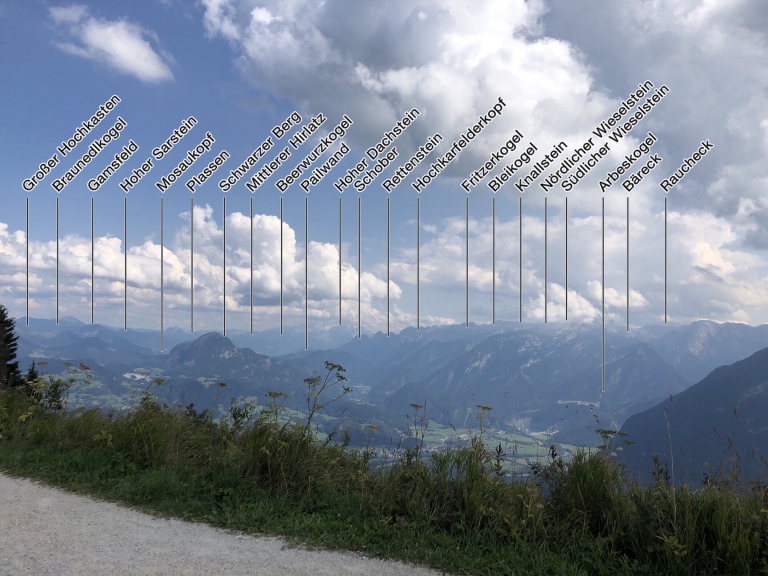 We hiked up to the peak of the trail for views of the valley far below and the mountains around us. There are still pockets of snow on the mountains’ sides where the sun hasn’t reached.

While the summer flowers have peaked, there were still plenty in bloom. 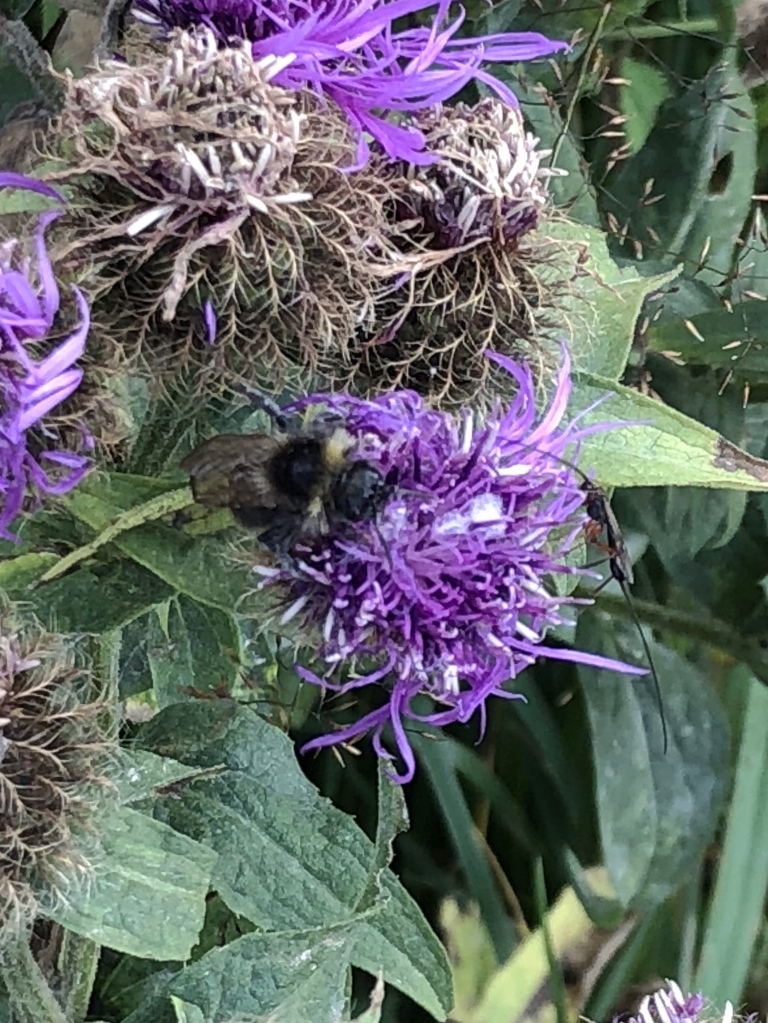 We hiked to the end of the path, about 700m viewing the mountains rising up to our right and the valley below us. 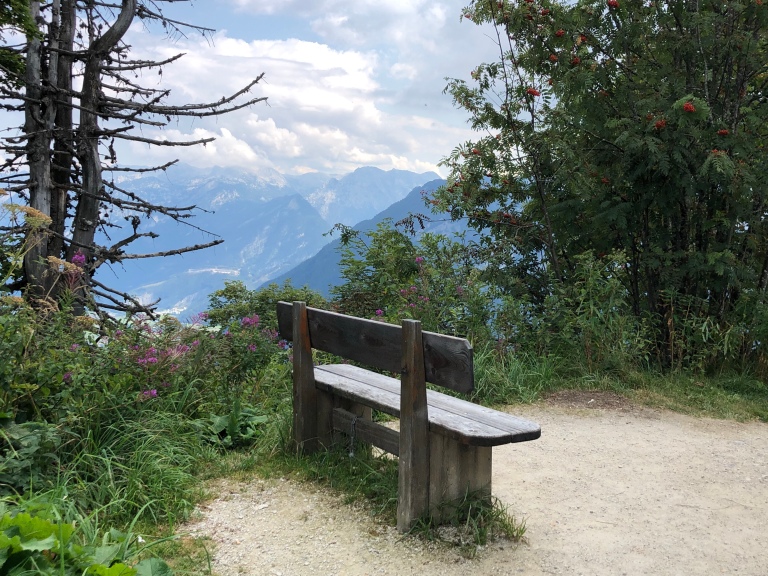 We found a sign that this is the area where they filmed the scene in The Sound of Music where the family escapes the Nazis by hiking thru the Alps from Salzburg (which is only a few miles from here).

We drove down (road grade about 17%) and used somewhat more braking! Once at the valley floor, we drove back towards Berchtesgaden but stopped at the Grassi distillery alongside the road. The tour was in German, so we opted for the English language video. Their trademark liquor is made from the roots of a plant root that grows in the Alps and is manually harvested and distilled then airlifted (helicopter) to be processed and bottled. Like most tours of this type, they had samples. Stiff stuff!

The Grassi distillery is located alongside the Berchtesgadener Ache which I’ve mentioned before. I was able to get a few photos. It’s low to almost dry in some places now as all of the snow melt has run off, but look at the size of some of the boulders in the river bed.