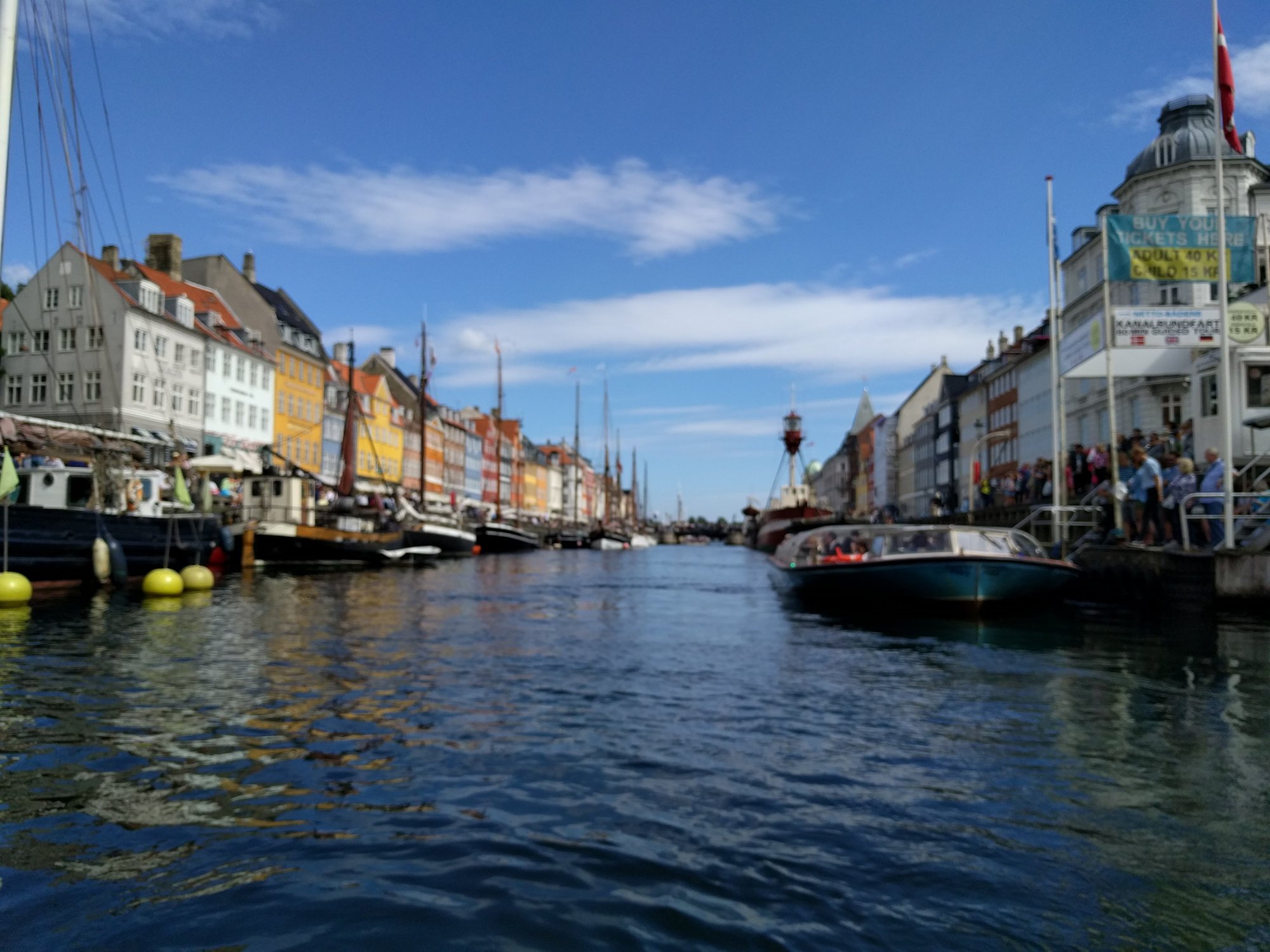 After a much longer travel day than expected from Helsinki to Copenhagen, we slept in a bit.

We bought a 24 hour Metro pass from the machine (80Dkr ea) at the nearby station.

The Magasin du Nord department store is directly off the metro and since there was a (hopefully) brief shower, we had a coffee inside. The first underground level has (like many stores of this type) a food hall and a few casual restaurants. And free Wi-Fi. We checked the weather forecast before we left the hotel. So much for that!

From here, we walked to Nyhavn to catch a boat ride around the harbor.

Nyhavn means “new harbour” but it’s hardly new. We saw buildings from the 1780’s. There are a number of companies selling boat rides and they are all clustered at the end of the canal, so navigation is tight.

The cruise lasted about an hour and took us down Nyhavn into the harbour, 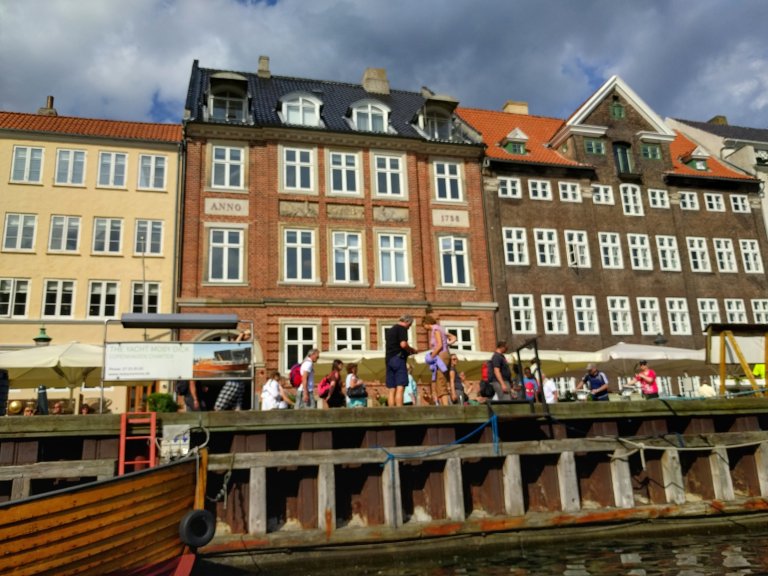 past the Opera House,

and a maritime museum. 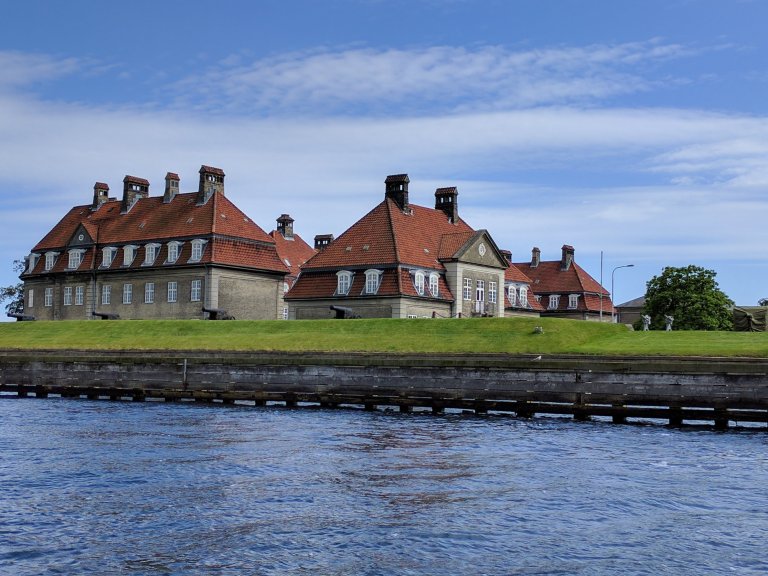 Copenhagen has a number of islands that form the city, much like Stockholm and Helsinki, though Helsinki’s islands were further out and not connected via bridges, roads and walkways.

Out further in the dockyards area is an unusual housing structure: Urban Rigger.

Urban Rigger is a floating student residence. They are a private initiative in response to the student housing shortage. The first full scale URBAN RIGGER was delivered in the summer 2016 in Copenhagen, as the first in a potential fleet of mobile, sustainable dwellings, for students, refugees and others,.

We paused for a moment to see the “Little Mermaid” statue, which was mobbed by people from tour buses. Though popular with tourists, it has had a number of vandalisms, including having its head sawed off. Not the attraction you might have thought it would be.

Further on in the trip we passed a number of houseboats moored along one waterway in an expensive area of the city. We’re told that it can take 9 years’ wait to possibly get a spot for a houseboat approved.

Back at dockside, we walked down the Nyhavn, which is lined with restaurants and bars as well as a very popular shop that had some delicious looking ice cream, to which we added a Belgian waffle.

From here, we walked over to see the exterior of Amalienborg, home to the royal family when the Christiansborg Palace burned.

Directly down from the Palace is Frederiks Kirke (church). We arrived shortly before closing.

Amalienborg is directly across the harbour from the Opera House.

Tomorrow? One hoped for stop could add another map pin on the HWT.

One thing I’ve noticed with some of the words in Danish is that there is some similarity with some words in German. They’re certainly not direct cognates. A few I noticed: In German : Danish : English

Even though Iceland was a colony of Denmark, it’s language is distinct and insular (it is an island after all) and has changed less than other languages.

To me, Swedish and Icelandic seemed equally unintelligible with no cognates in English, just in this one set of phrases, you can see the similarities.