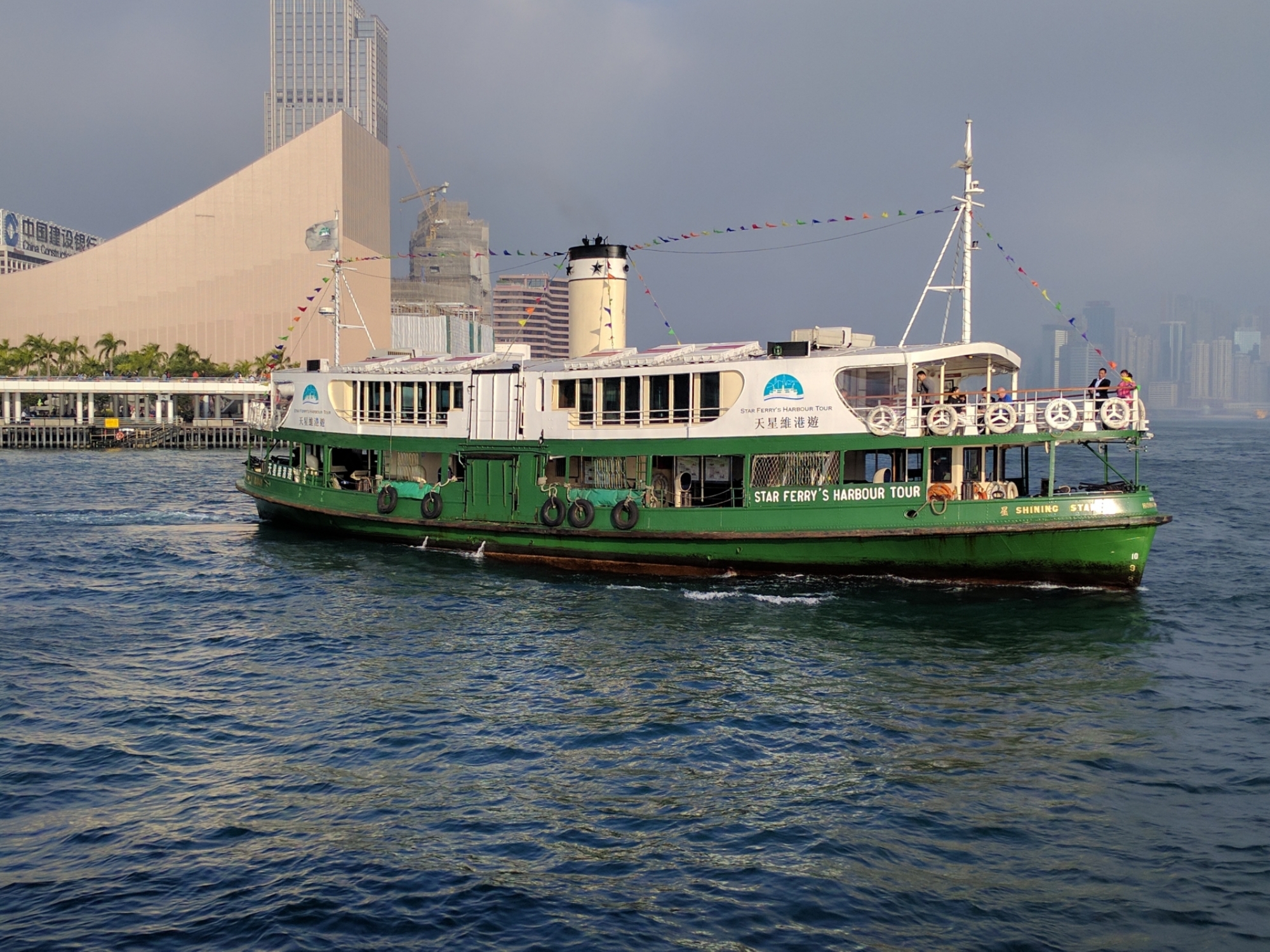 For the first two days here, we’ve been staying on the Kowloon side of Hong Kong. Today we crossed over to Hong Kong Island for a few hours, though we’ll be moving across the harbor to a different hotel tomorrow.  It’s not too far from our hotel to the pier, which takes us past the famous Peninsula Hotel. 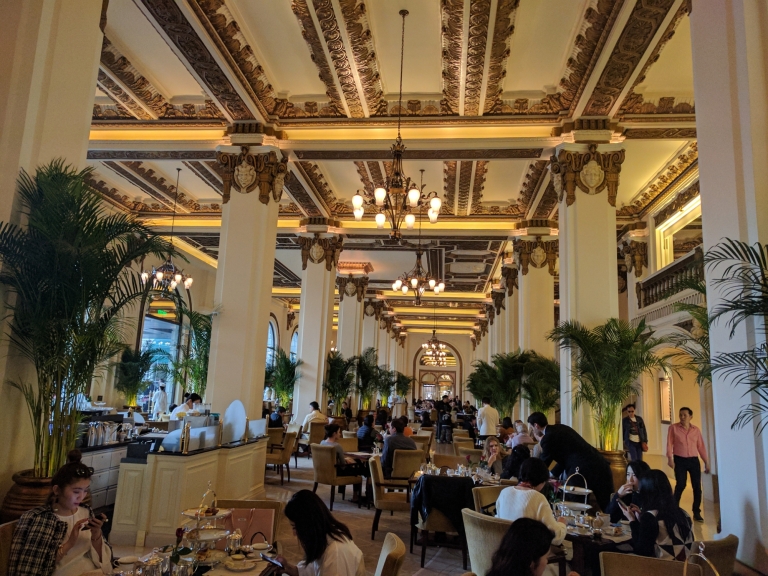 There are a number of expectedly expensive boutiques as part of the Galleries Peninsula including another stop on the HWT.

Just down from the hotel are the piers from which the Star Ferry crosses every 6-8 minutes across Victoria harbour. We use our Octopus card to gain entry. As soon as the gate lifts to the gangplank, people pour down to get a good window seat on the upper deck. The crossing is quick and brings us to the Central piers.

Adjoining the piers is a large ferris wheel. 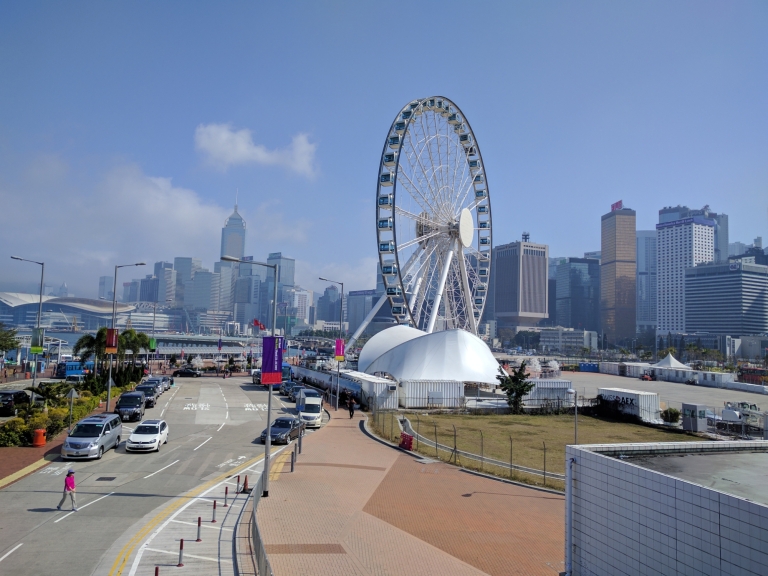 Crossing the elevated walkway to the International Finance Center we see the Apple store (two levels, looked mobbed) is part of the shopping mall that occupies the first three levels of the IFC. We walked over to the IFC into the first level and are amazed by the array of high end shops. As we move between levels, it is apparent that virtually every luxury brand is represented here and there are no junky stores or “food court”.

This has to be the largest indoor shopping center I’ve ever visited. If you think about it, on an island horizontal space comes at a real premium, so here they build up, not out. More than one of the shopping malls (and there seem to be a lot of them) start out in the underground level and go up several stories, with office space above that. It being Saturday, the crowds are out window shopping. The IFC has an observation deck on the 55th floor, but it closes early on Saturday, so we missed that.

After walking around the IFC mall for several hours,we decided to head back across the harbor, catching the ferry back. It’s fortunate that we made our way back to the hotel, as by 6pm, some rain had moved in from Hong Kong island , shrouding the harbor in clouds and rain, though it hasn’t rained much on this side of the harbor.

Hong Kong has a population of 7.36 million and is China’s 16th largest city.

Britain acquired Hong Kong. In 1841 after defeating China. Hong Kong is now part of China. I believe they were no longer a British colony/dependency as of 1997. There is now a chief executive who runs HK. HK operates under its own legal system, which of course must pass muster from Beijing. One of the former chief executives for HK is under indictment for corruption (in today’s China Morning Post newspaper). For more on the history of HK seehttp://www.bbc.com/news/world-asia-pacific-16526765. I believe HK operates under the watchful eyes of Beijing but does have more freedoms to govern itself than other Chinese. It seems prosperous enough–you don’t see the homelessness here I’ve seen elsewhere in Europe, for example.