Today we’re off to visit the Temple Church, a 12th century church built by the Knights Templar.

During the 13th and 14th centuries, the Church was headquarters for the Knights Templar. The Knights Templar and the Temple Church have a significant historical role in Christianity and in English history. The mystery around their modern history was fantasized by Dan Brown and his book/movie “The Da Vinci Code”, but the real Knights were a military/religious order who fought in the Crusades, were an enormously wealthy Catholic charity and supporters of King John during the time around the issuance of the Magna Carta. 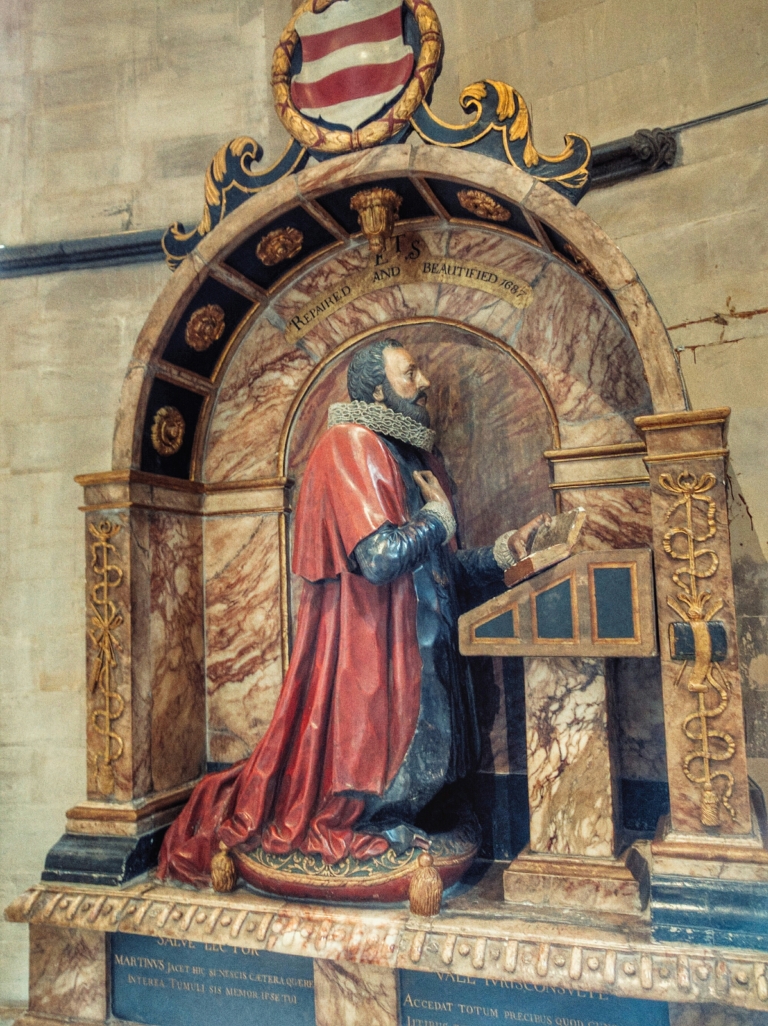 Their role was to be protectors of the Christian pilgrims traveling to the Holy Land. Their wealth, power and influence eventually led to their disbanding and confiscation of their properties, including the Church. The King, along with the Pope, disbanded the Knights Templar in 1307; a handy way for the King, who was deeply financially indebted to the Templars, to discharge his debts.The King granted the ownership of the Church to the Inns of Court (professional association for the barristers in England and Wales) , with the provision that they be cared for in perpetuity. The church was heavily damaged in WWII, but has been restored.

After leaving the Temple Church, we walked over to the Piccadilly Circus area, stopping at Fortnum & Mason, whose showcase windows were decorated with scenes from the Disney film, Alice in Wonderland. Multiple floors of delicious food, breads, cheese, wines. Outside, their animated clock just chimed.

Then down on down to Piccadilly for a bit. Even on a bank holiday, though remarkably quiet, there’s still a traffic jam.

One thought on “Temple Church”