We took a motor coach into town as it is the most economic means of transport from the airport, and from our bus stop, walked to the hotel. Altogether, about an hour, but we got to see some of Dublin on the way. The old and charming, the old and not so, and the new modern buildings. It’s rush hour, so people are walking to work, school children walking to school. Though it’s late May, it’s cool and even the Dubliners have on at least a light jacket. No rain though.
We took a small detour into part of . St Stephen’s Green Park, lush and green. 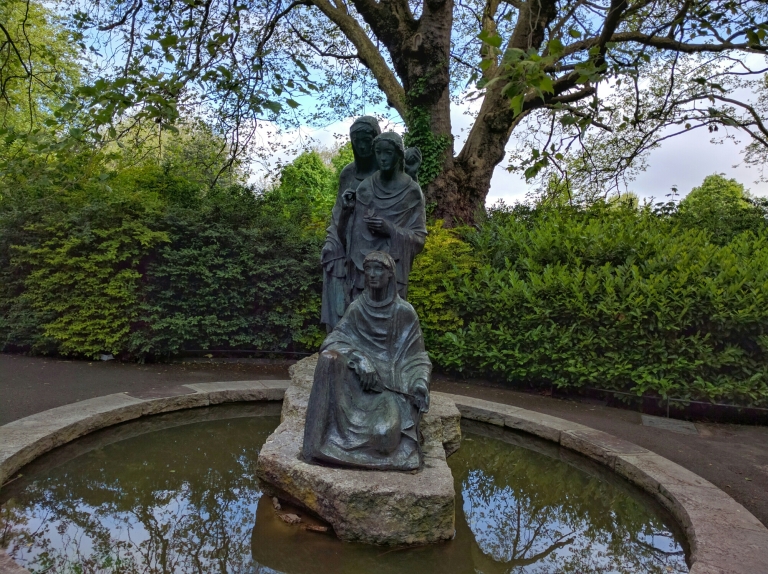 It’s interesting that Ireland, at the country level, blocks access to certain internet sites. This is easily evaded thru the use of a VPN, so for most users, such a restriction would be effective if they were casual users, but otherwise is like herding cats. Putting in roadblocks might serve to slow access, but ultimately serves no purpose as people find ways around such limitations. I’ve never experienced this sort of Internet censorship before.

By lunch time, the skies were clear and it had warmed up some. We walked back down to St. Stephen’s park where it was crowded with people enjoying lunch in the park. The trees and flowers are in bloom. Giant red plum trees and flowering horse chestnut trees, a couple of lakes. 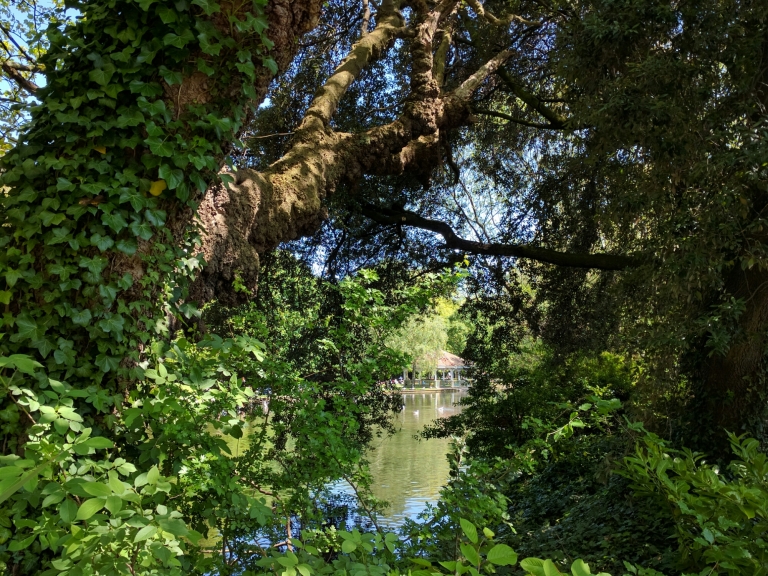 We made our way diagonally across the park to Sráid Ghrafton (Grafton Street), which is a pedestrian shopping area. Really busy. A few street musicians, lots of people. While there are many dual language signs (Gaelic and English), and both Irish and English are official languages, the predominant spoken language in the Republic of Ireland is English. There are large numbers of L2 (Irish as a second language) speakers, though relatively few native Irish speakers.
Grafton Street has a number of stores with recognizable (to us) brands. In large European cities, consumer shopping is increasingly international.

Trinity College is in central Dublin, but when it was established in 1592 it was outside the city’s boundaries. It is the oldest college in Ireland. Superstitious students don’t want to walk under the campanile in the center of the green, as if it rings when walking underneath, legend says the student will fail their exams! There are two enormous trees on either side of the campanile.

Trinity college is also home to The Book of Kells, which we visited on our first trip here.

Even getting a late start to the day after catching a few hours of sleep, we’ve logged 3.5 miles so far. Time for a (two handed) coffee. 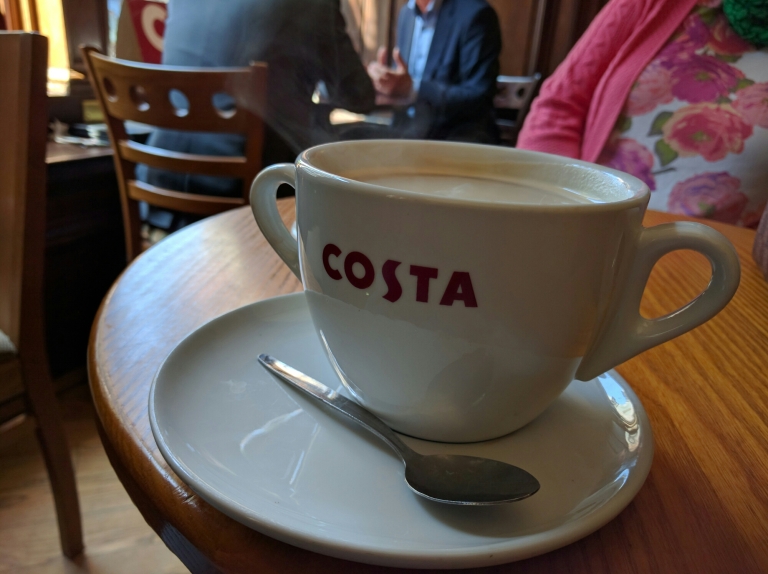 Ireland and Dublin’s rich history has been heavily influenced by the Vikings, with periodic raids from Norwegian based Vikings during the 8th-10th centuries.

The Vikings sailed up the Liffey river in Dublin about 837, returning later to settle. The Viking’s dominance of Ireland was only overcome when another conquering force (Normans) who had previously conquered England (William the Conqueror in 1066), later extended their sphere of control to the island of Ireland in the 12th century.

The struggle of the Irish people to wrest themselves from control of the English continued into the 20th century, with the Easter Rising of 1916; the 100th anniversary is this year. It was not until 1922 that the Free State of Ireland was created (eventually becoming the Republic of Ireland), resulting in the division of the island between Northern Ireland (part of Britain) and the Republic of Ireland.

The “troubles” in Northern Ireland, which lasted for thirty years, was an extension of the political divisiveness between those who wanted Northern Ireland to remain as part of Britain (as it remains today) and those who wanted it to be part of a united Ireland. The English role in seeding the Irish discontent extended over hundreds of years of domination (see the information about plantation).

But who are the Irish really and where did they come from?