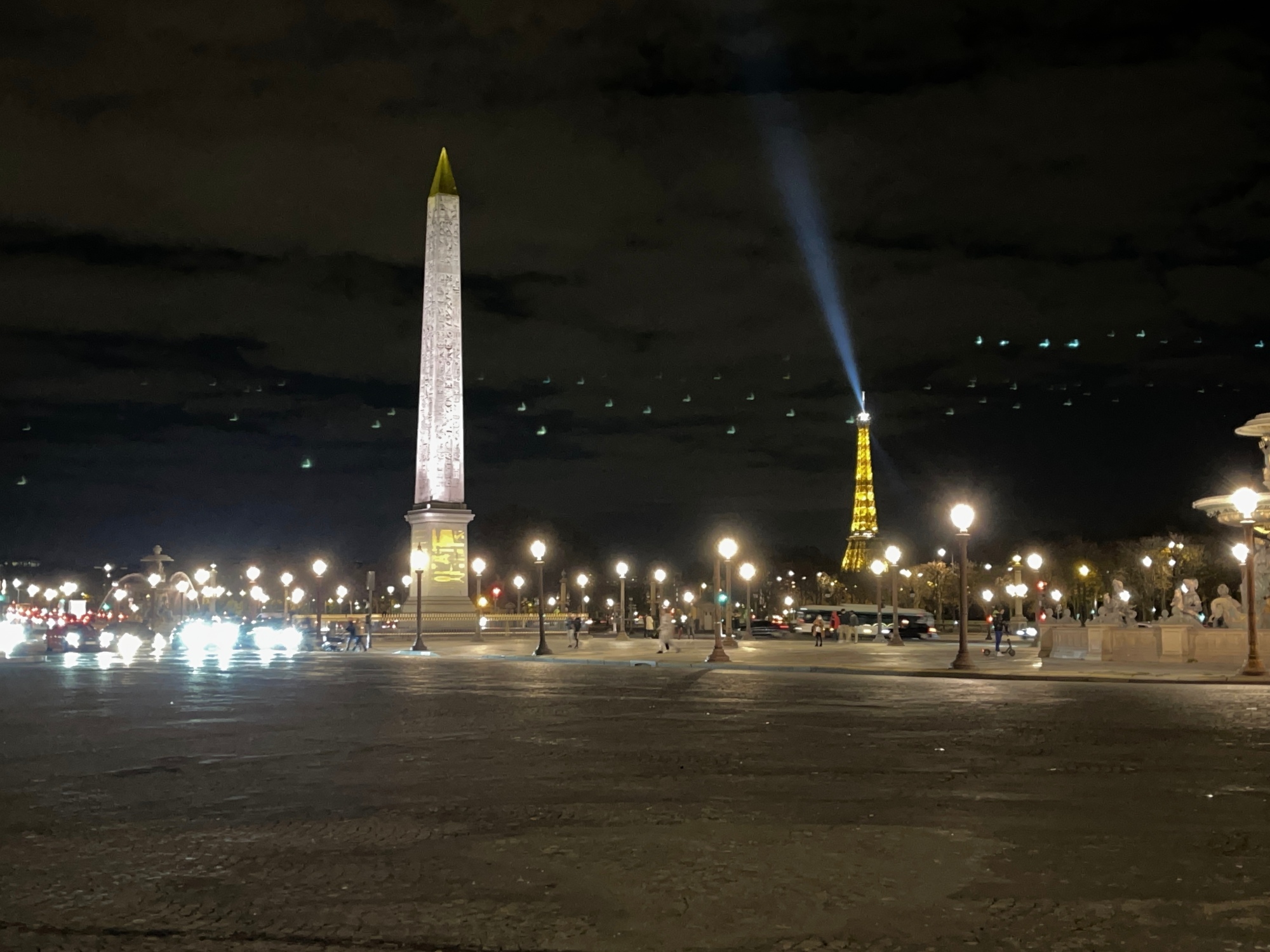 To start off our day, we had another “up your nose” experience since to be able to return to the US, you must have a (negative) Covid test. We went to the Pharmacy around the corner to get our test and got the hoped for “Negative “ results within 15 minutes. So that means we can come back home. But although we’ve been gone for nearly two weeks, I don’t know that I’m mentally ready to see an end to this trip. The good news is that no one has contracted Covid though.

A pharmacy sells health and beauty products and over the counter medications. In some parts, pharmacies are the only place where residents can go for medical advice if there is no doctor’s surgery nearby and, in fact, many French people will talk to their pharmacist before going to their general practitioner. Laws regulate where you can buy medication and medical equipment and most of these can only be prepared and sold by a pharmacist. The pharmacy is where you pick up medication or medical equipment prescribed by a doctor. But you don’t find chain stores like CVS or Walgreens; pharmacies seem to be independently owned by the pharmacist.

From the pharmacy, we’d planned to visit the Musée Carnavalet, which showcases the history of Paris. From the Neolithic settlements along the Seine and the Parisii tribe, through the reconstruction of Paris under Haussmann, the Revolution and the 19th century, it’s a journey through the history of one of mankind’s greatest cities. The Carnavalet-History of Paris Museum is the oldest City of Paris museum. It opened to the public on February 25, 1880, in the Carnavalet mansion (Hôtel Carnavalet) located in the Marais.

I made reservations/bought tickets on my phone as we walked through the nearby streets; I had not made reservations earlier since I wasn’t sure when we’d finish our Covid test and be able to transit to the museum. The tickets are free, but they did ask to show them at the door. Though the Pass Sanitaire wasn’t required to be shown, masks are required. In four years of renovations, the Musée Carnavalet has been entirely renovated. It’s made of two private mansions (the Hôtel Carnavalet and the Hôtel Le Peletier de Saint Fargeau).

The formation of Paris dates from antiquity. First developing along the left bank of the Seine, this city of the Roman Empire was called Lutetia. In the 4th century, as the city spread inside the ramparts of the Ile de la Cité (island in the Seine river), the Roman city Lutetia became Paris.

Lutetia was the seat of a civitas, a Roman territorial and administrative entity that respected the limits of the different Gaulish tribes and included the town itself and its territory. Under the High Roman Empire (from -52 to 284), the city occupied the left bank, In the 4th century, Lutetia hosted legions of the Roman army that came to fight the so-called “barbarian” peoples in the northern and eastern regions of Gaul. Municipal institutions moved to the lle de la Cité, fortified by a rampart, while the left bank was partly abandoned; Lutetia then adopted the name of Paris.

There are some 60,000+ pieces in the collection, ranging from Neolithic artifacts (stone tools used to make arrowheads for hunting) from those living in the area more than 5,000 years ago to original furnishings and entire reconstructions of rooms/living quarters from the 17th and 18th century.

The exhibit room as you enter the museum was quite unique in that it included signs that businesses used before there were addresses and street numbering to indicate the type of business. We take such organization for granted, but can you imagine finding directions to a business without a distinct address?

We spent three hours in the museum. There’s just too much to try to relate, but they have Apps in the Apple & Google Play Store with narrated info. Worth the downloads and if you come to Paris, worth a visit to the Musée!

After leaving Musée Carnavalet, we took the Metro back to the Tuileries for a last walk through, since we’ll leave the city tomorrow afternoon to spend the night at an airport hotel before our flight on Sunday. Though late afternoon, the park was still busy with people sitting around the parterre d’Eau and sailing little sailboats. Some of the sailboats inevitably get stuck under the fountain in the center. How do they get them back? Just wait for them to be blown back closer??

The same group of people we saw playing pétanque the other day were in the same place playing again. At one point, they got out a tape measure to see who got closest to the mark. Mercifully, the carnival that’s occupied the side of the park next to rue de Rivoli for years, is gone. Maybe a casualty of Covid, I don’t know, but I never liked the noise and crowds.

We walked a bit further along the central axis of the park towards Concorde before turning to go out a side exit. There’s a children’s merry-go-round with parents watching.

There’s an entrepreneurial fellow just outside the gates selling (or hoping to) roasted chestnuts. Not a bad idea for this chilly afternoon. The barrier to entry in this business is low: a “borrowed” shopping cart, a tray for roasting and gas grill underneath.

Later in the evening, we stepped out for a nighttime look at Concorde and the Eiffel Tower. Here’s a brief video. The Place Vendôme is lit up and across from Napoleon’s column is the Alexander Calder sculpture , Flying Dragon.