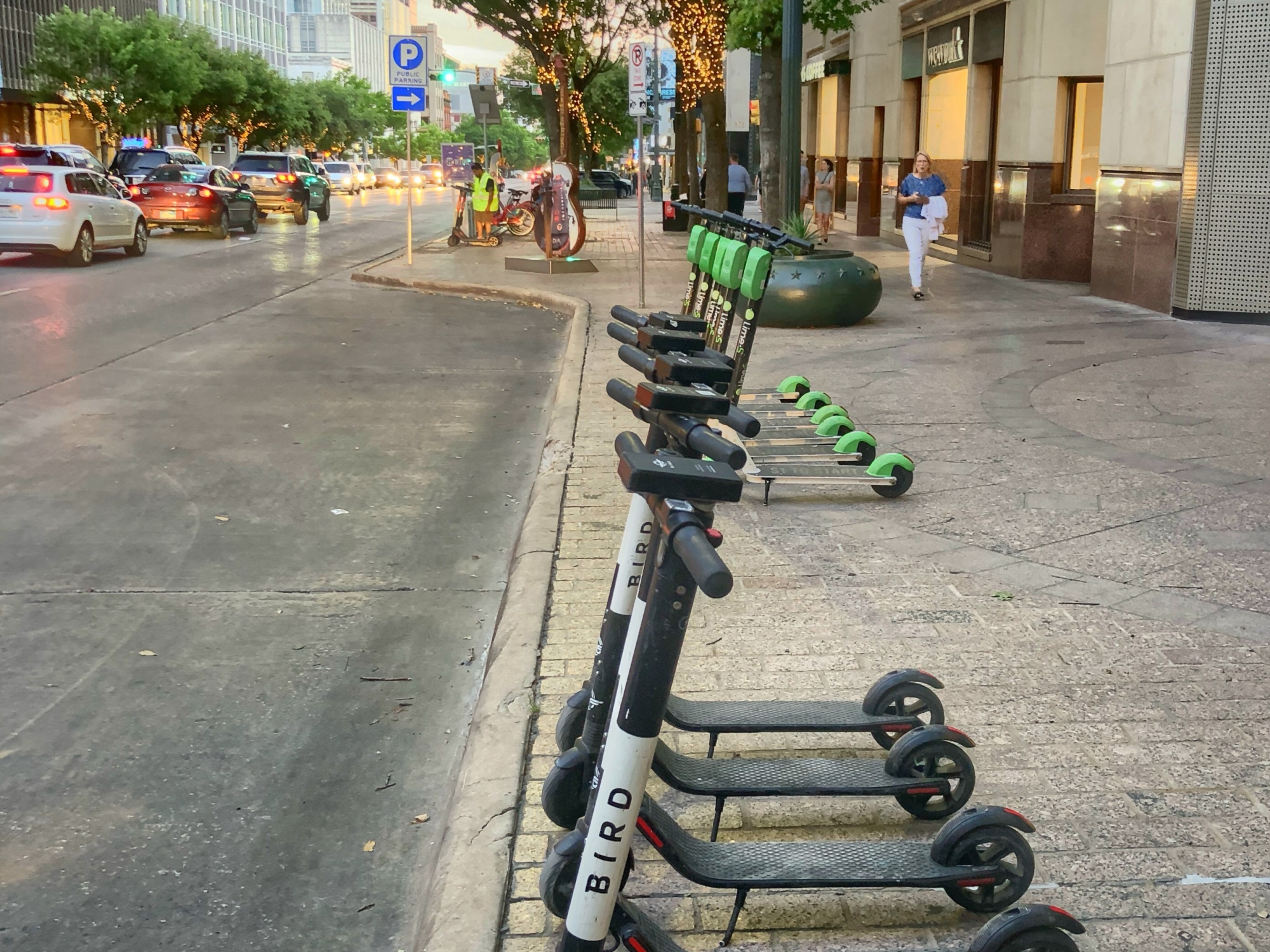 Quick trip through Austin (BBQ run actually) and noticed how much had changed in the last year or so since we visited.

In the battle for market share in personal transportation, companies like Uber, Lyft, Lime, Bird and even Ford (through its Spin brand) have saturated parts of Austin with scooters, bikes and motor bikes, on every corner around the UT campus and downtown. In our trips to some major European cities in the last few years, we’ve seen the influx of these types of personal transportation devices, but no where as densely as here. 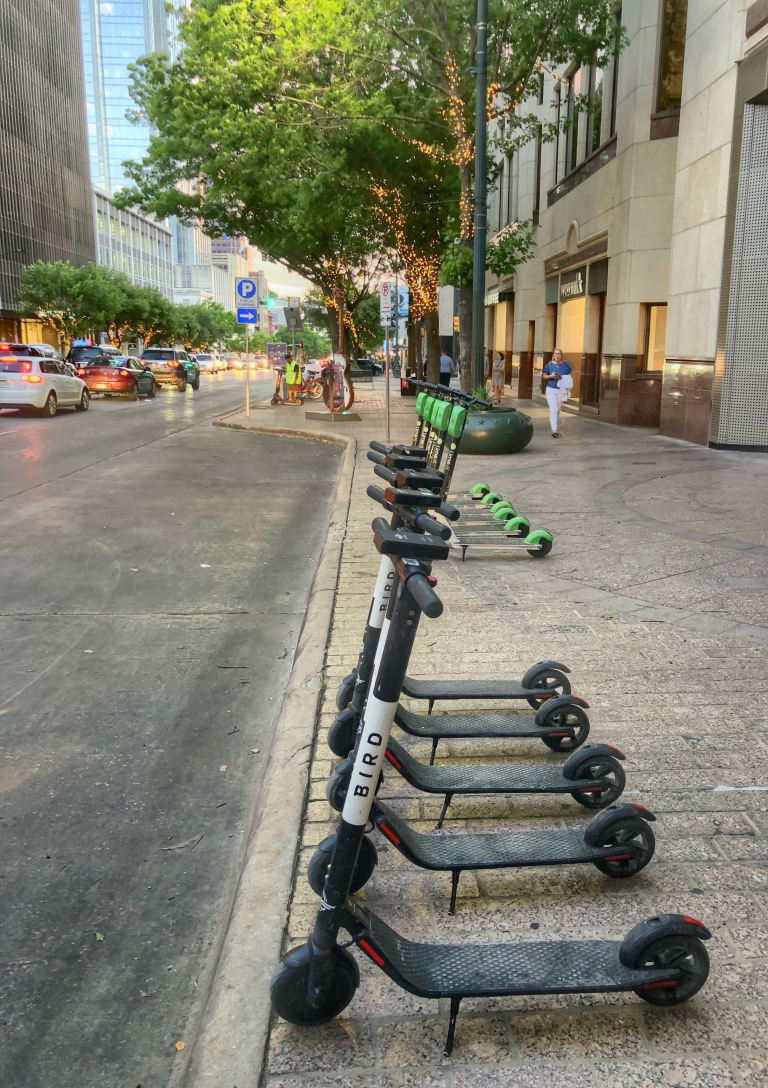 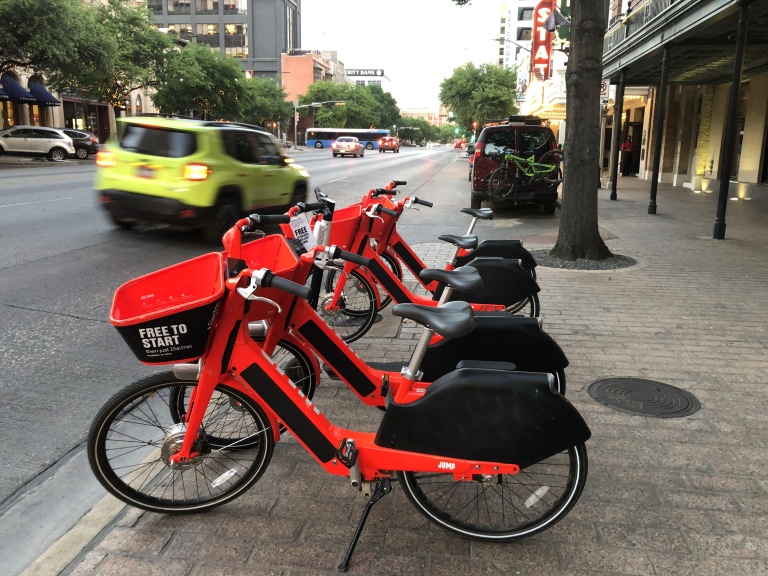 It was not uncommon to see this much on one corner downtown and look across the street to see just as much.

In the area of the Capitol and the UT campus, it makes sense to have these types of choices, but it’s a bit polluting to see so much, everywhere. When users finish using them, the devices usually lay haphazardly discarded, waiting for redeployment.

And I did say BBQ? We arrived a bit after lunchtime and didn’t want to hazard trying for Franklin BBQ, where you can stand in line for two hours hoping to score some fantastic brisket, only to have the sold out sign appear. We stopped at Terry Black’s BBQ and still stood in line (at 2pm), but only for about 20 minutes. 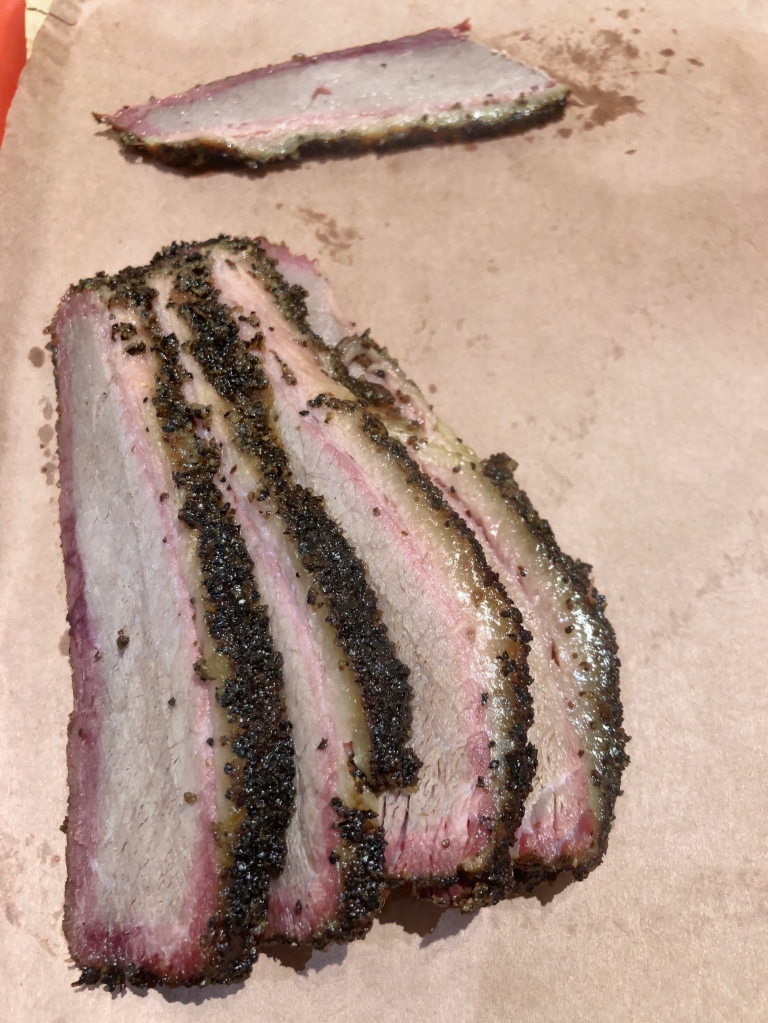 No picture of the peach cobbler, sorry.

Since Threadgills on Riverside is now closed, we’ll have to console ourselves at their remaining location if we want a veggie plate. It’s sad to see the institution that’s been serving up great but inexpensive food since I started coming to Austin, vacant.

The building boom in Austin seems unabated. It’s a bit disorienting at times to find that landmark buildings have been replaced with new structures. Traffic on I-35 at 2pm near Townlake on a Thursday was bumper to bumper.