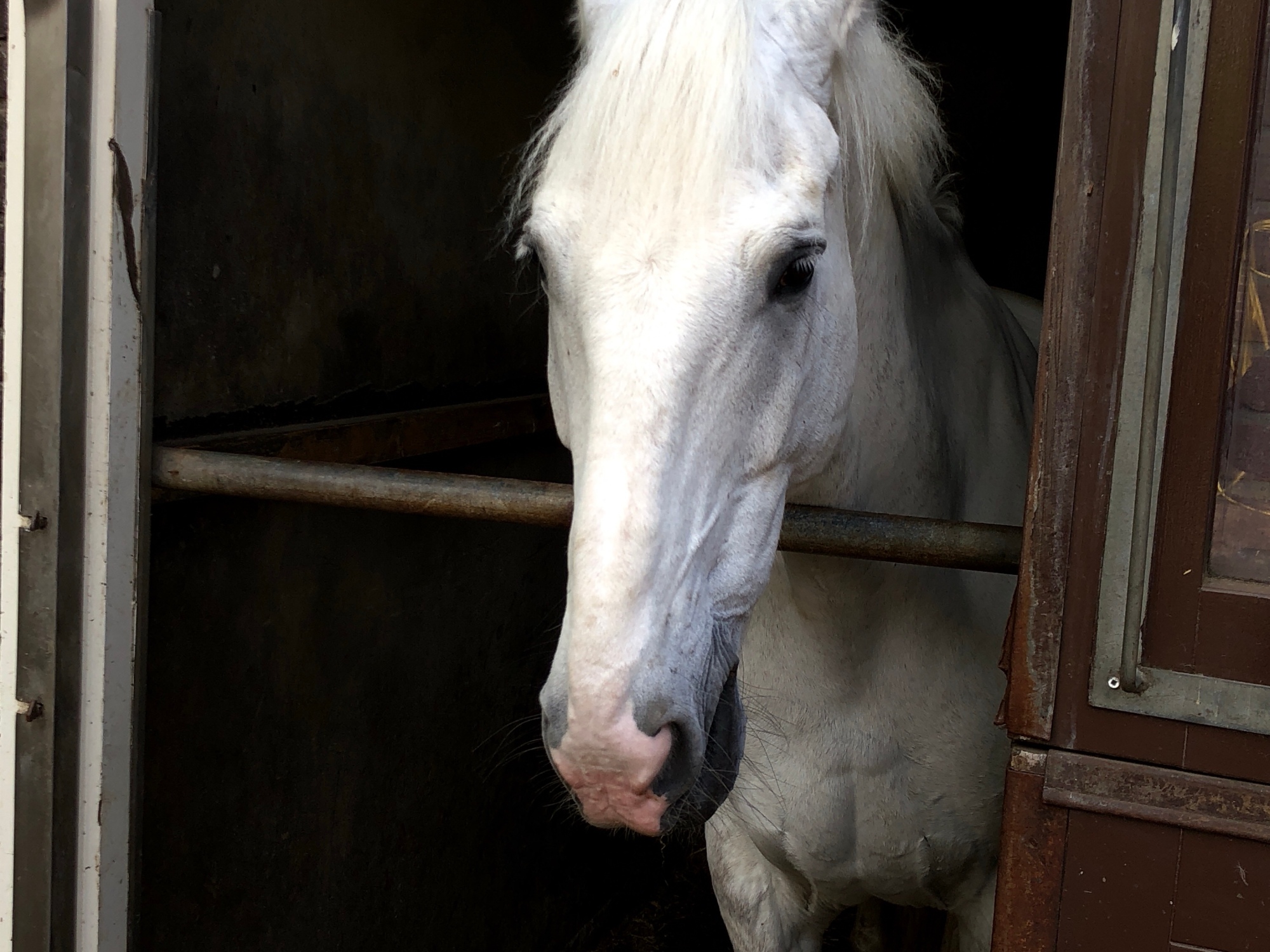 Hollandsche (Dutch) Manege (riding school) was established 136 years ago. It’s nestled behind what appears to be an ordinary facade as viewed from the street, but cross through the doorway and you’ll find yourself in the midst of a riding school in the middle of a large city. The scale of Hollandsche Manege is not something you can compare to Vienna’s Spanish Riding School (which had royal sponsorship) but nonetheless a complete venue for teaching horseback riding from beginning to expert and exhibitions. It’s located not far from Amsterdam’s Vondelpark. 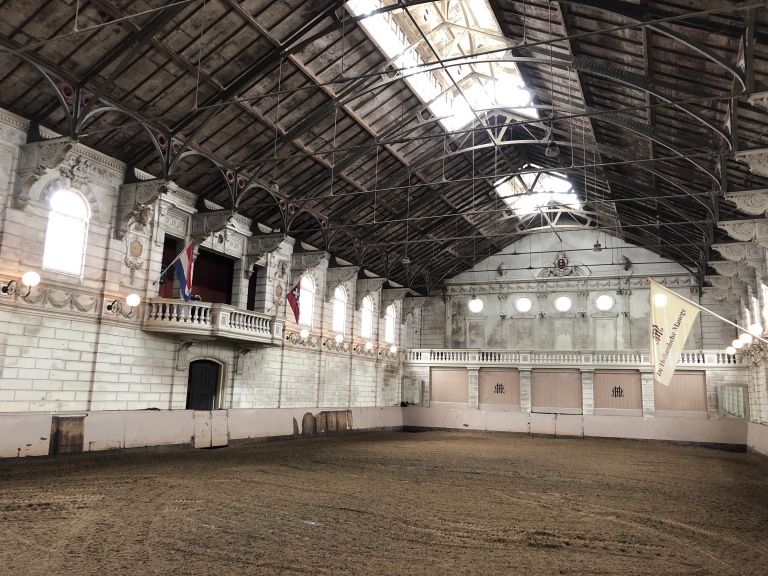 We walked through the stables and the horses are grouped between those dedicated for use in the riding school and those who are part of exhibitions. Each has a name plaque. There was not going to be an exhibition today, so it was quiet with just a few visitors. There was a man and his young daughter ahead of us. I doubt she was older than five years, but she was there with her mucker boots (stables tend to have a certain type of walking hazard) and a bag of carrots. Very cute and obviously both fascinated by the horses and intimidated by them (but not scared). 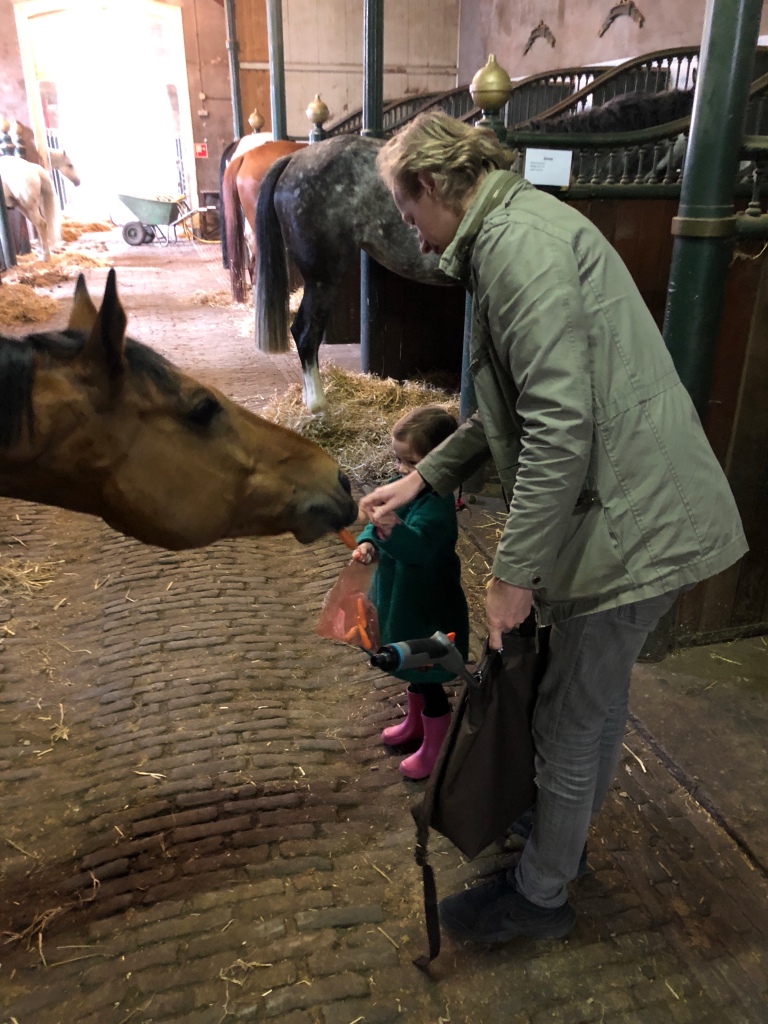 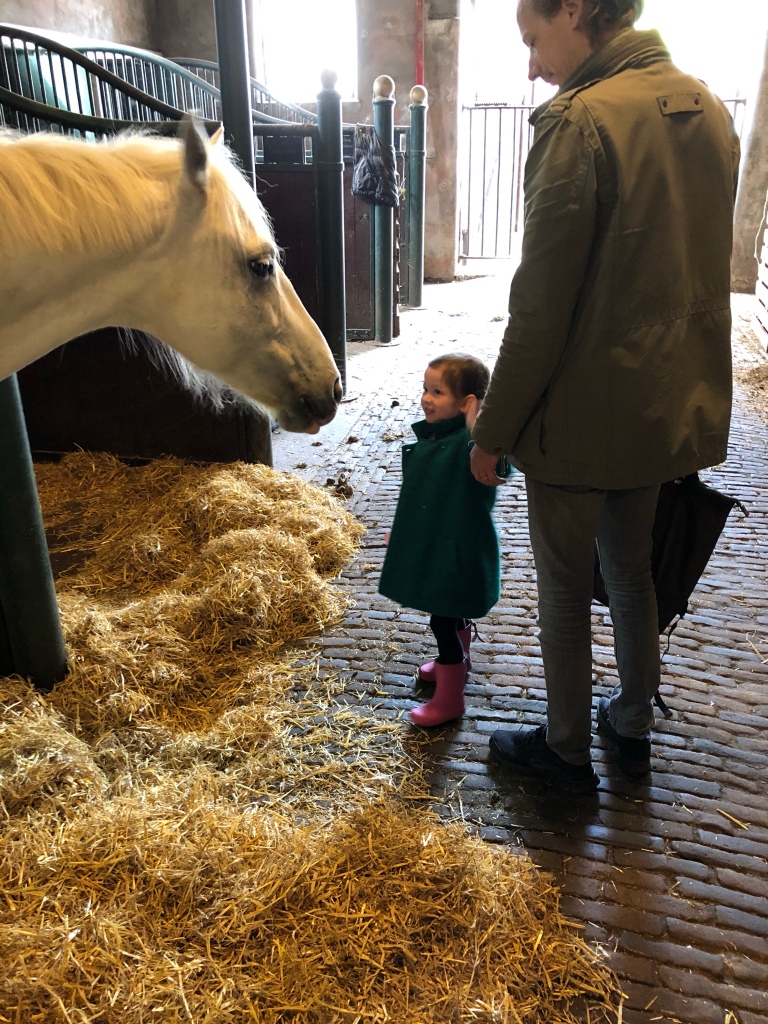 The performance horses have bigger stalls and each has its own menu for mornings, midday and dinner. 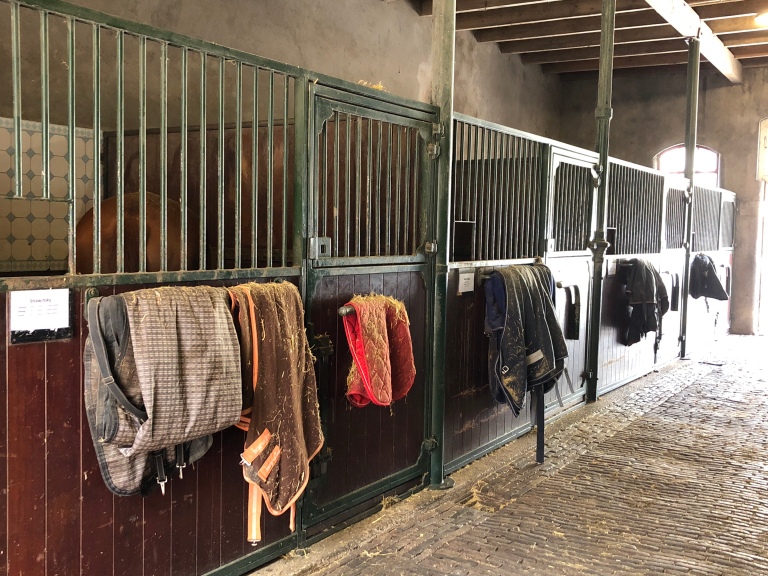 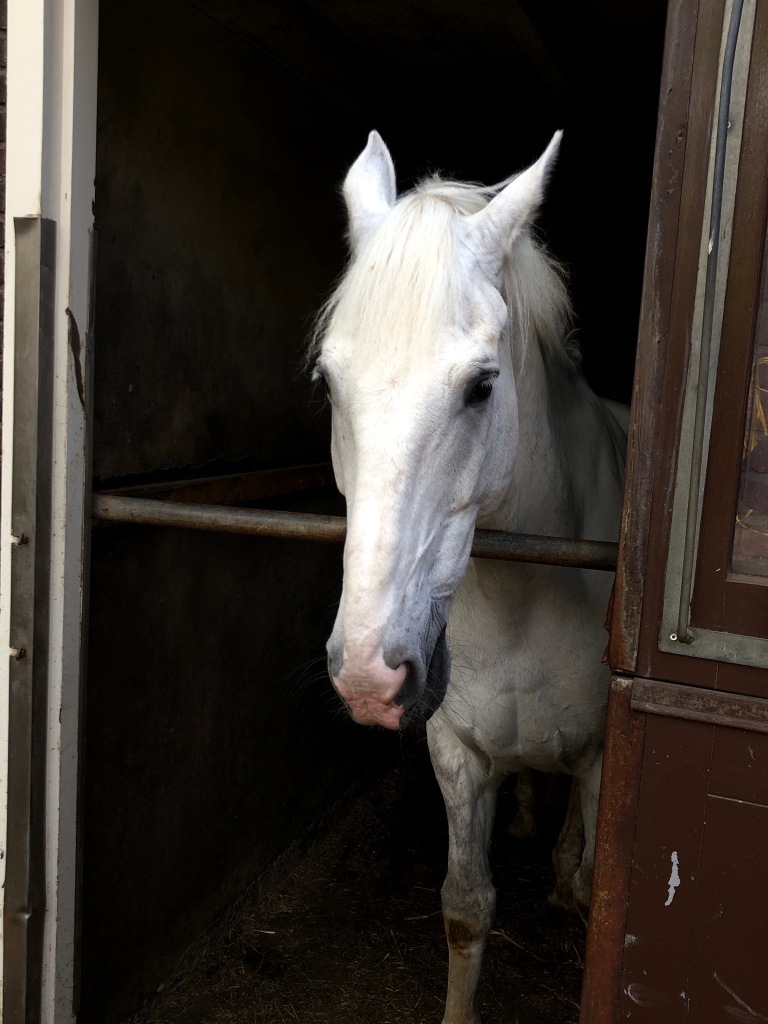 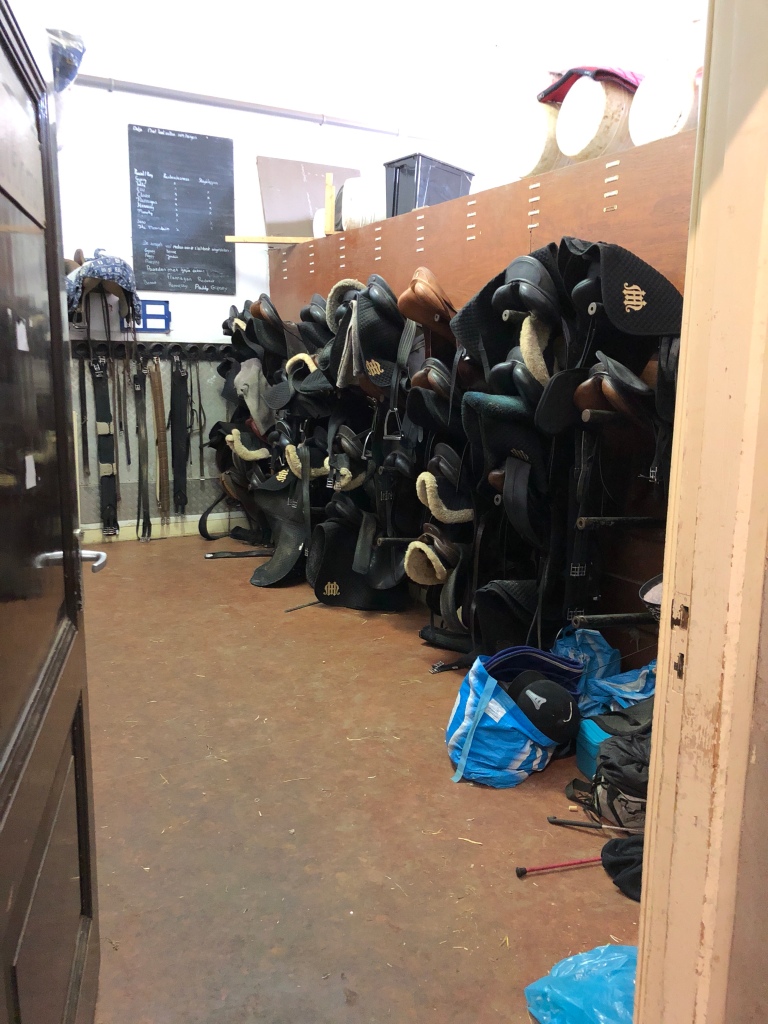 After visiting the stables and the horses we went upstairs for tea, climbing the step worn steps of the staircase. 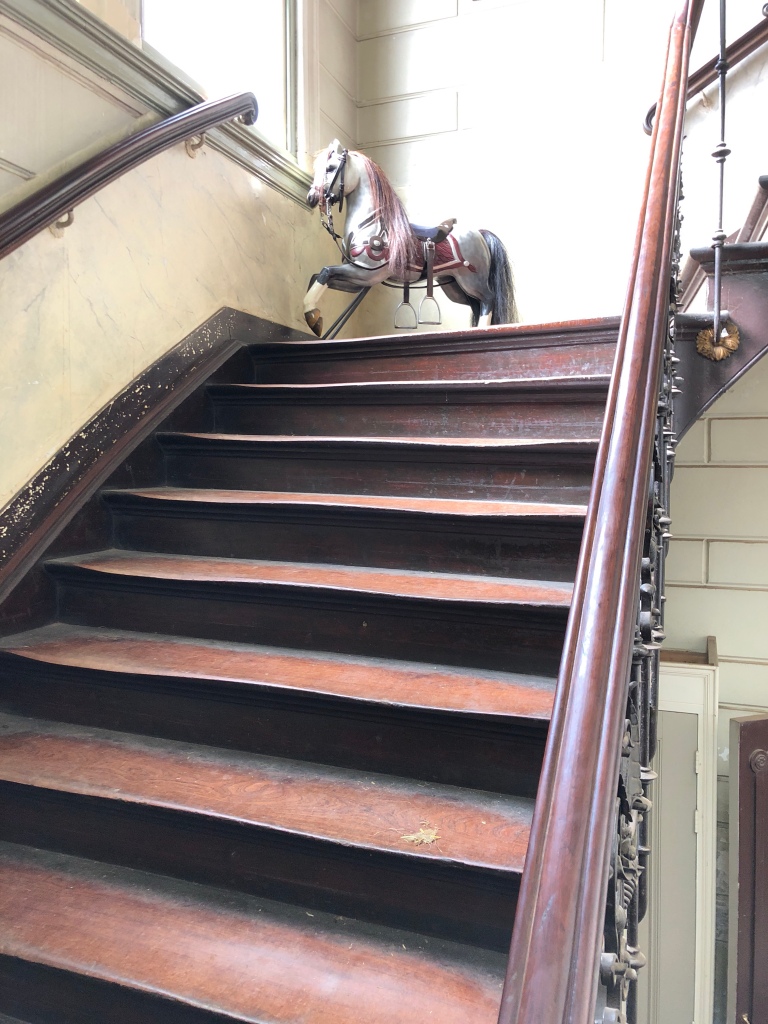 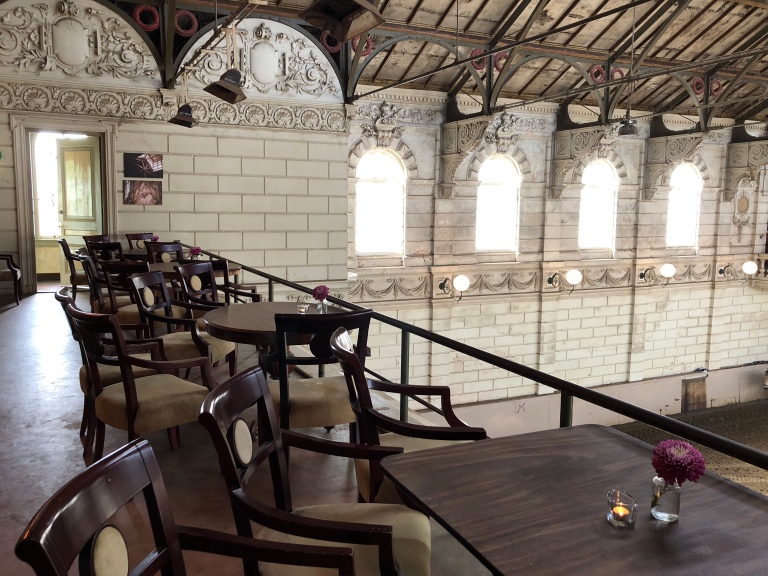 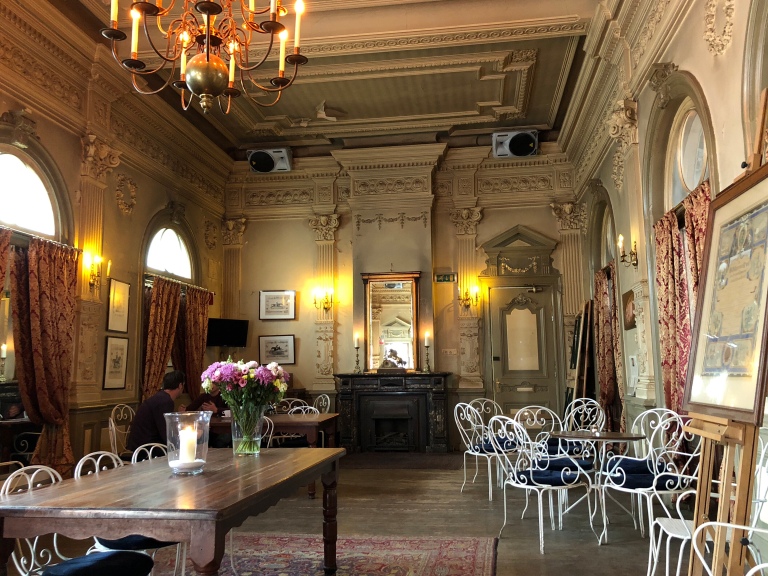 On the way out, we noticed some horses being brought into the arena by young children – their after school riding lessons! 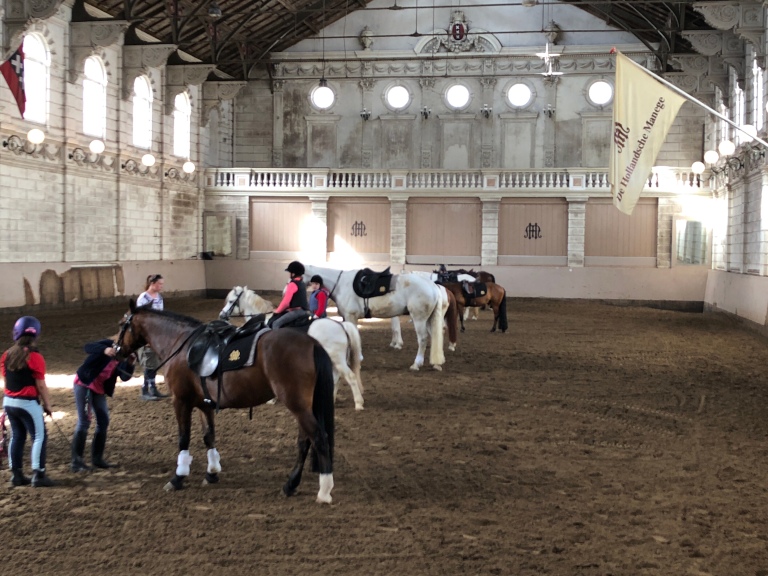 We decided to cut through the Vondelpark to make our way back to the Leidesplein (across from the Rijksmuseum) where we’d catch a tram.

Prior to that, we walked down Pieter Cornelisz Hooftstraat (PC Hooftstraat “Straat”= Street). What other street do you know of that has its own website? This street is full of upscale shopping with top fashion and jewelry names.

Like many other large parks in Amsterdam, Vondelpark is bursting with color. Relatively uncrowded on a Monday in the spring, in a few months this park will be jammed as it was when we visited last summer. 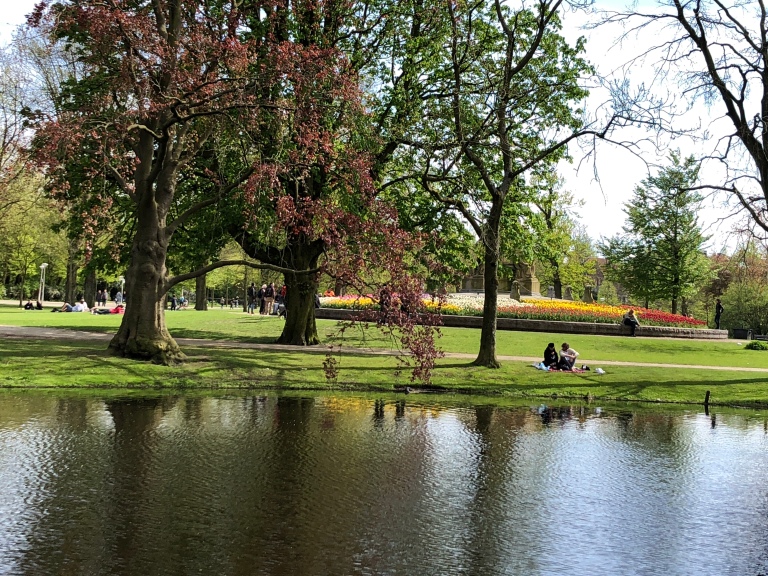 The Rijksmuseum covers several blocks, but in about the first third of the building, there are archways that lead to the large park on the other side of the museum. Across the street from these archways is a stop light. When the stoplight turns green, there’s a flood of (mostly) cyclists (who go thru the leftmost and rightmost archways), while the cars and motorcycles go thru the center archway. You don’t want to be in the middle of the driveway when the light turns green. 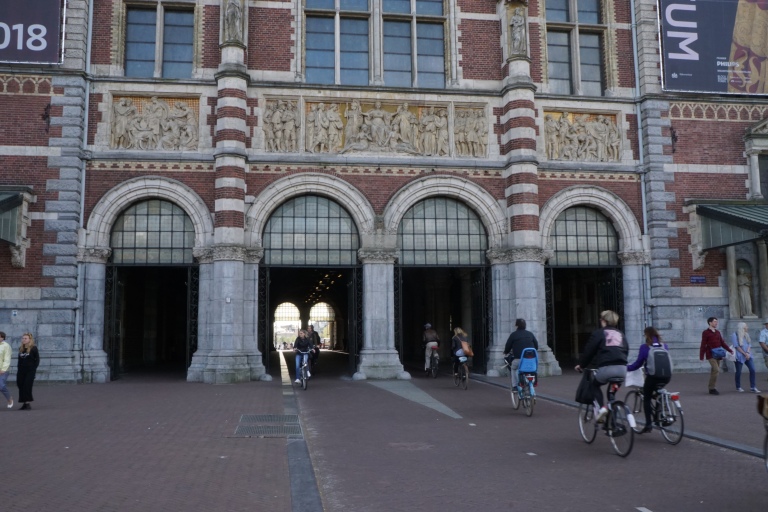 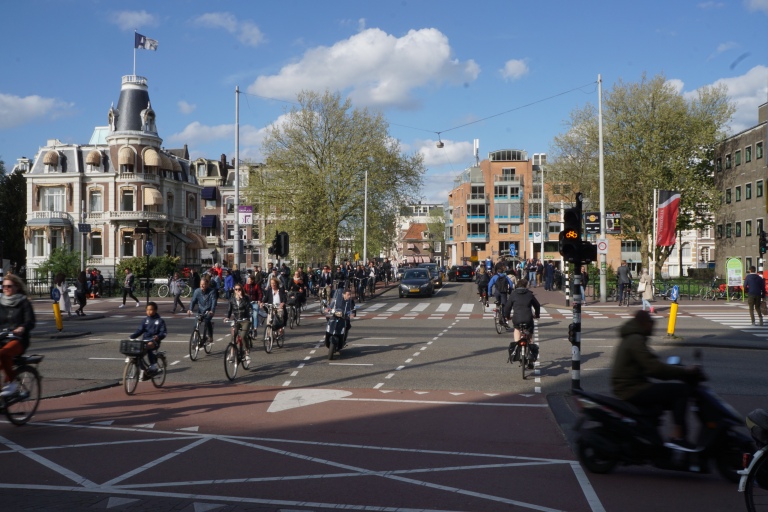 I’ve always been fascinated by the small cars we’ve seen during our trips to Europe and Amsterdam is no exception. You’ll see more focus on being “green” , hence the bicycles, trams, but also increasing numbers of electric vehicles and street side recharging stations. 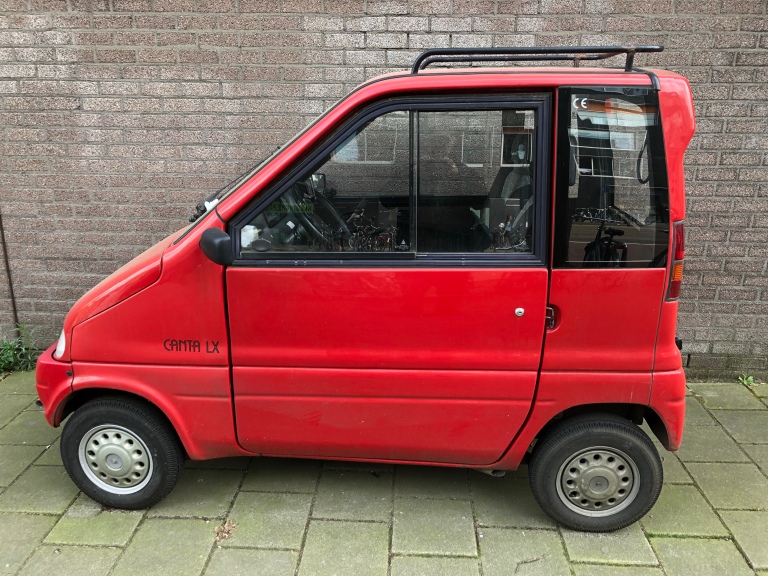 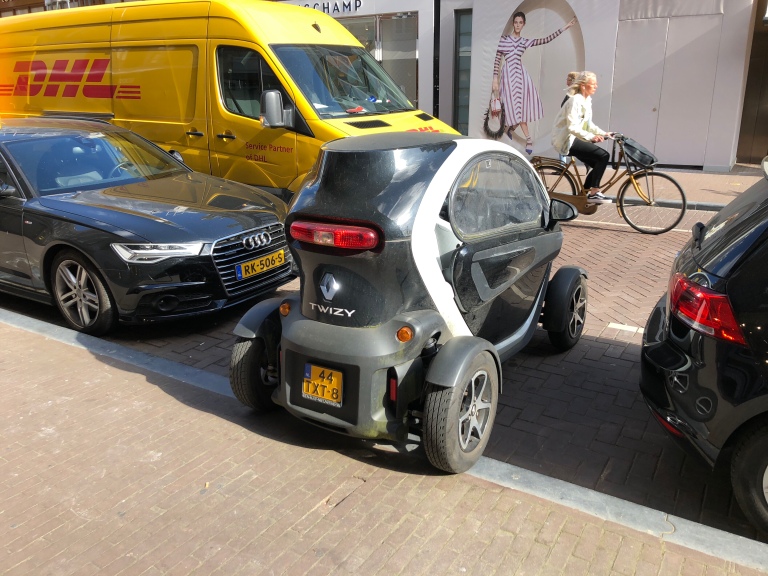 Two children and one bike? No problem 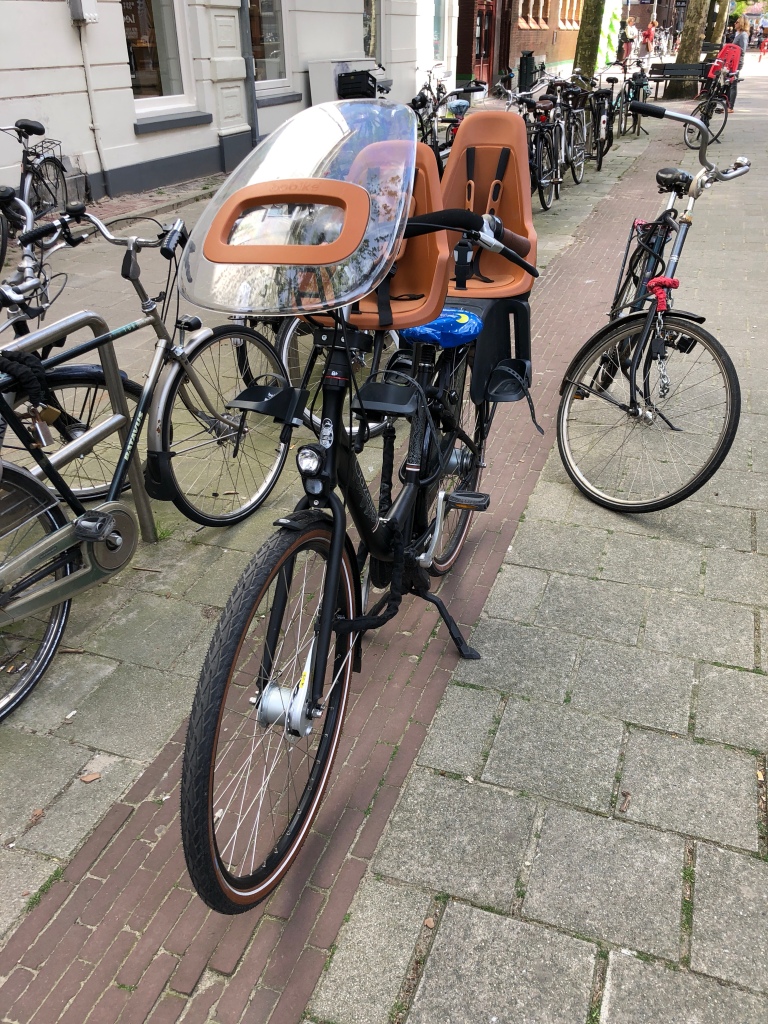 More Tesla’s (including as a taxi), and other electric cars, more ride sharing (even motorbike ride sharing). This is not entirely altruistic, though the Dutch are very “green”, but also economically driven with land being especially scarce, fuel costs higher.

Each time we’ve visited Amsterdam, we’ve found new things to discover and love about the city. We first visited Amsterdam many years ago and then went for a number of years without returning (maybe it was that garbage strike?) . We’ve now made three trips in four years (2015, 2017, 2018) and are happy to rediscover Amsterdam.

Tomorrow, we’re off to a different city, baring interference from a union train strike.