The weather today was very pleasant, partly cloudy, about 66 degrees and a bit windy. We had decided to take a ferry down the Elbe river in the port.

Route down to Elbe to catch ferry. 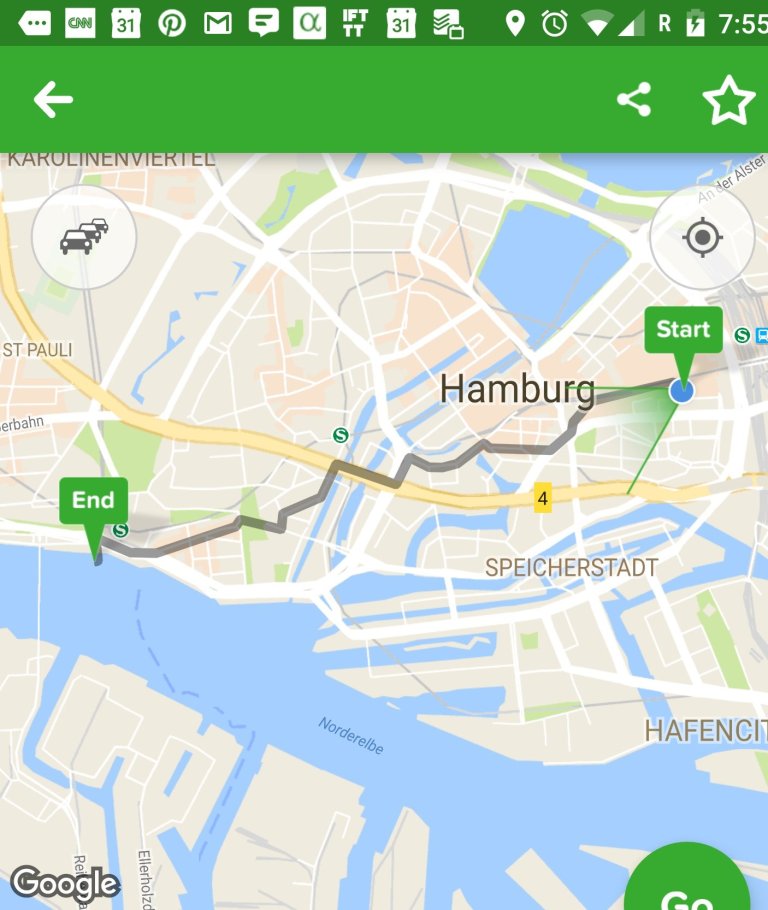 As it is Sunday, the city is really quiet. Compared to most places in the US, Germans take their Sundays seriously- most everything (shops, some restaurants) is closed. 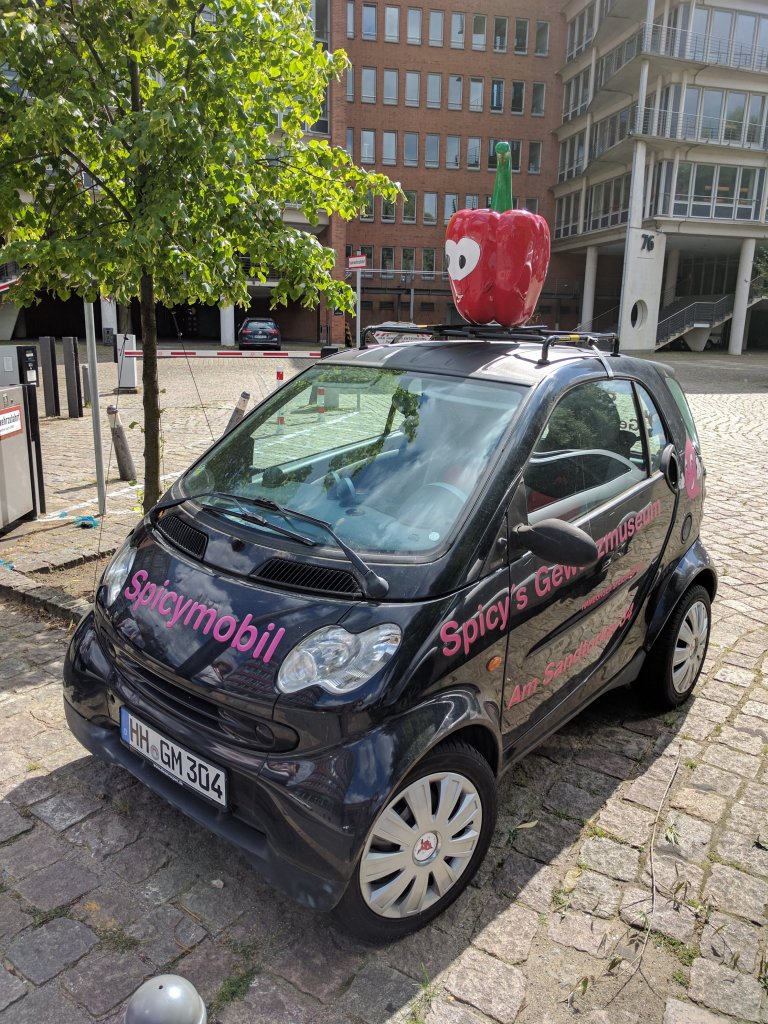 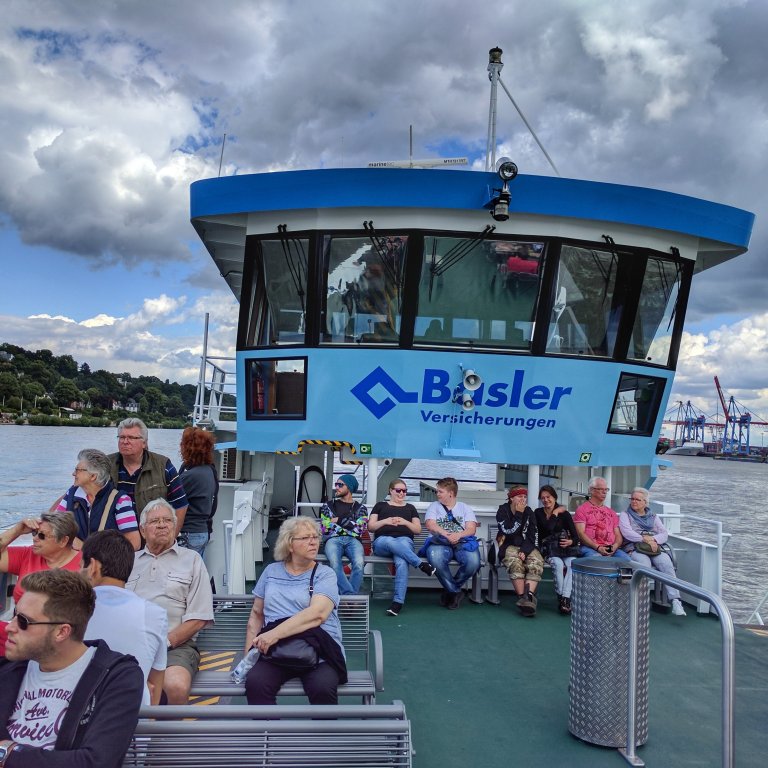 The ferry is very popular and a cheap way to get a tour of the harbour. You just have to decide how far down the river in the harbour you want to go, which determines the number of changes to a different ferry you’ll make. I’ll confess ignorance and say we didn’t pay the entire fare but it was a bit difficult to determine from the chart. There were no ticket police, so it was an uneventful journey from that perspective.

The Elbe as a part of the harbour is a busy place. This will show you the route we took. 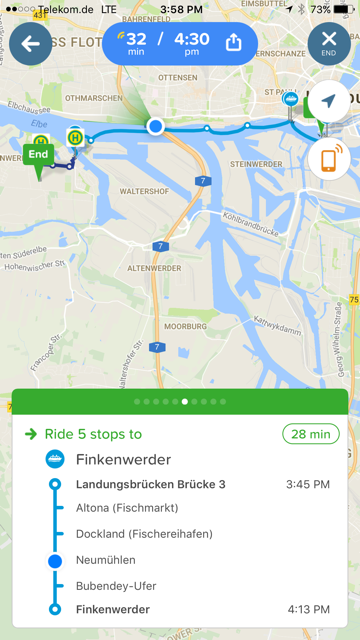 My wife used an app called CityMapper which is wonderful because not only does it show you the route and changes, it also is “live” in the sense that you can see yourself (as the blue dot) move as you progress towards your destination.

There are quite a number of office buildings on the north bank of the river with several built in the shape of a ship.

The more industrial part of the harbour tends to be on the south bank where the container vessels are loaded, the dry docks await their next repair and the wind turbines spin away.

All you need is Love and an Amazon Echo 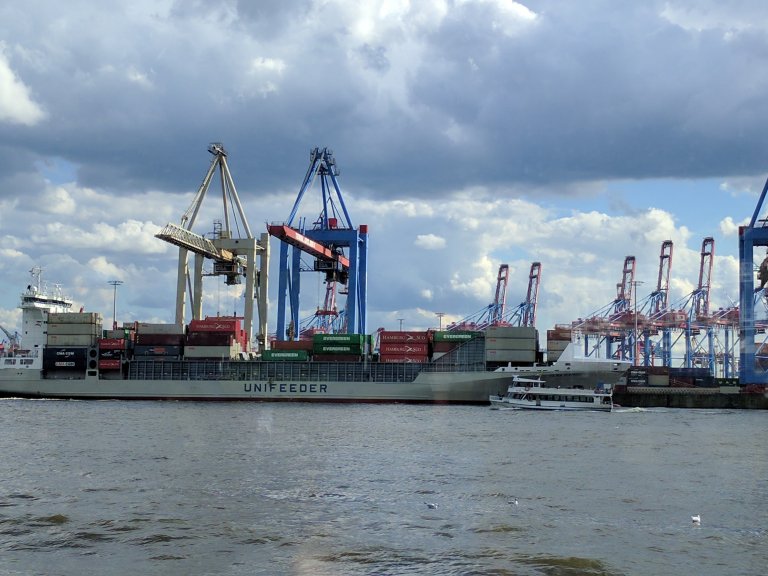 The Elbe is busy with commercial shipping, private vessels and tourist boats and even large sailboat tours.

At one point on the north bank, there is a fairly sizeable sandy beach, but it’s only in this one section of the river. 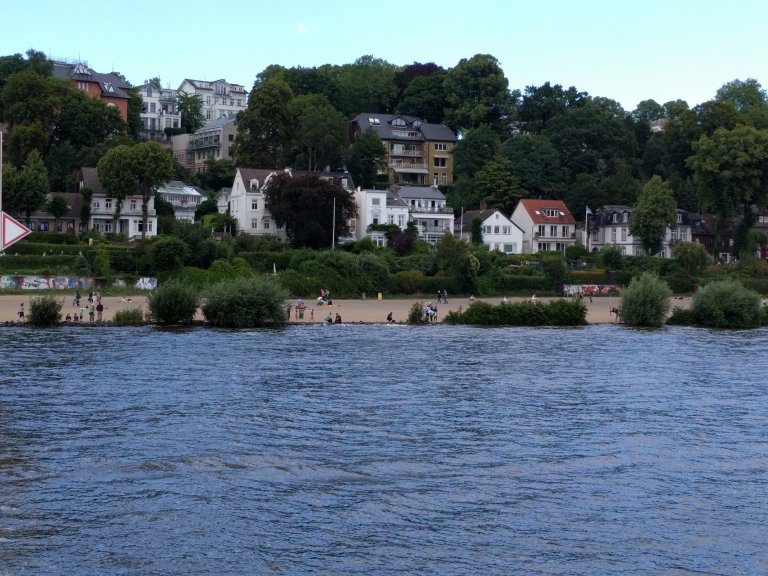 We rode three ferry boats and got off the last one before completely circling back to our starting point as there was an U-Bahn nearby.

The Rickmer Rickmers windjammer is a three masted vessel permanently moored in the river at Landungsbrucken. It’s undergone several changes in ownership since its original construction in 1896.

Tomorrow we’re off to another city and country