Up early this Friday morning to catch the Metro from Islands Brygge Metro station to the main train station.

For the first time I can remember, we’ve gone totally cashless through these first two segments (Cities/Countries) of our trip. Given the hazards of carrying over foreign currency from trip to trip (like Sweden invalidating some high denomination bills) , it’s better to forgo using the ATM (or “OTTO”) when you can, especially in locations infrequently visited.

If you get on the train, but not on the right car number, you’ll likely end up some place you didn’t intend to go.

Most trains are well marked with car numbers and there’s usually a departure board trackside that shows which car numbers will be in which sections (like cars 71-72 being in section E) so you know where to stand, because the length of time between arrival and departure is measured in minutes. 6 in our case. They leave on time. This train was not well marked, but we found our cars. Free WiFi on board!

As we leave the city, the tracks are alternately surrounded on both sides with forests or farms, their fields already harvested of the wheat crop and disc’ed and ready for planting.

The sliding electric glass doors between the cars are activated by waving your hand. They work sometimes. We’ll watch people come up to the door and try waving at various parts of the door until it finally acceeds to opening.

At one point, the train enters a long tunnel, under the water.

As we come above ground, there’s ocean on both sides.

Never seen a cold drink vending machine in a train. 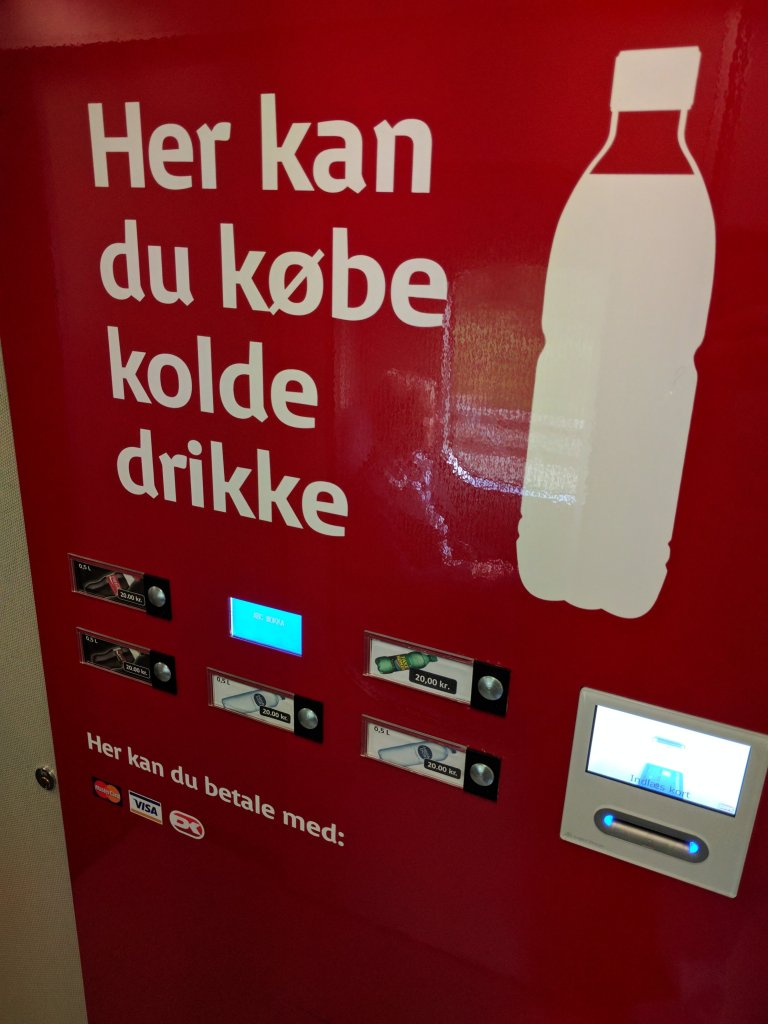 Change trains/tracks in Fredericia. 6 minutes and we’re on the way. Frederica is a port city. The landscape doesn’t really change, though initially it is a bit more industrial, in line with the shipping facilities we saw.
Being close to the coast, we see more wind turbines.

The train arrived on time, about 2pm and we emerged into the station, which is very large, with pedestrian crosswalks on each end of the station. 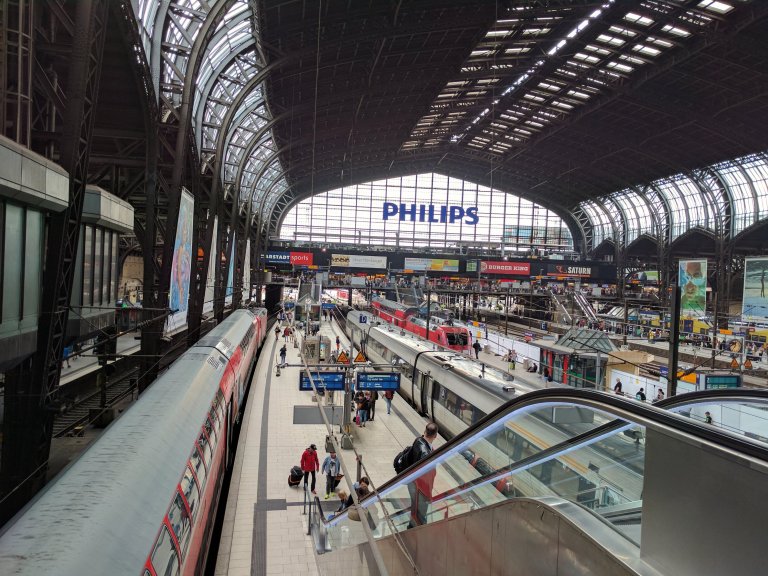 Finding our hotel wasn’t difficult, it’s only a five minute walk from the station, if you exit the correct side of the station. After checking in, we headed out to see a few things in the neighborhood.

St. Petrikirche is the oldest church in the city, established 1195. 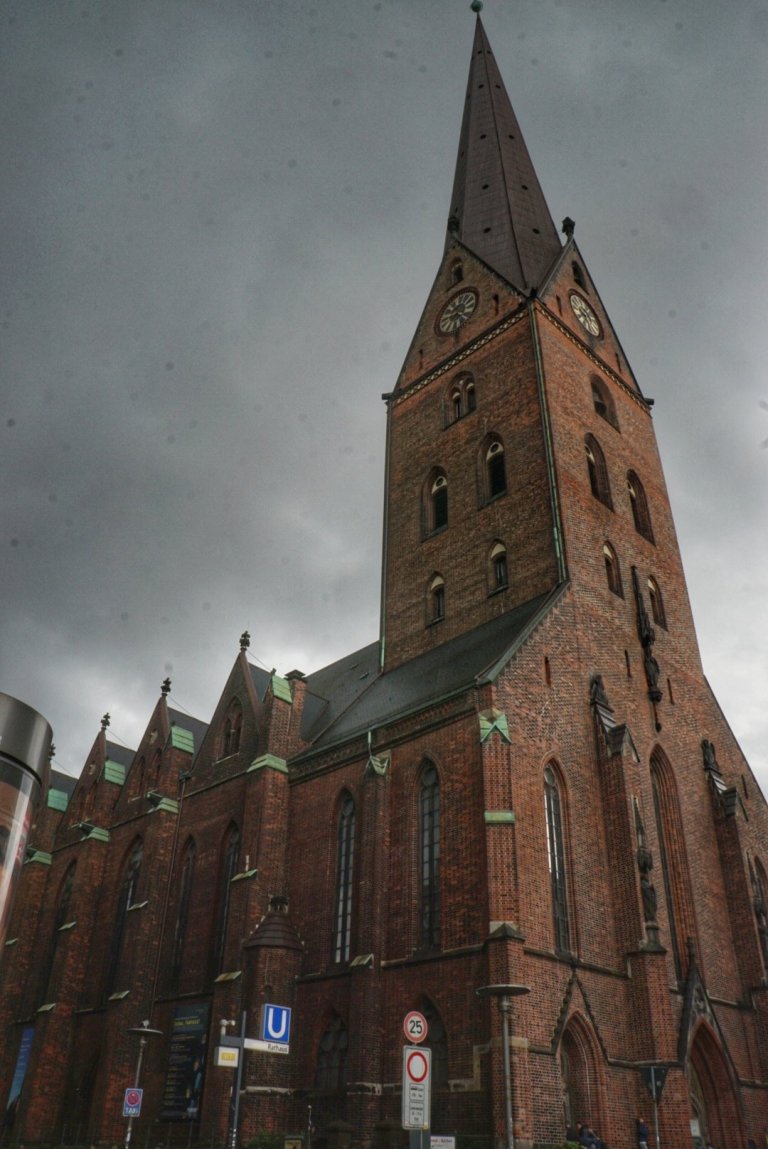 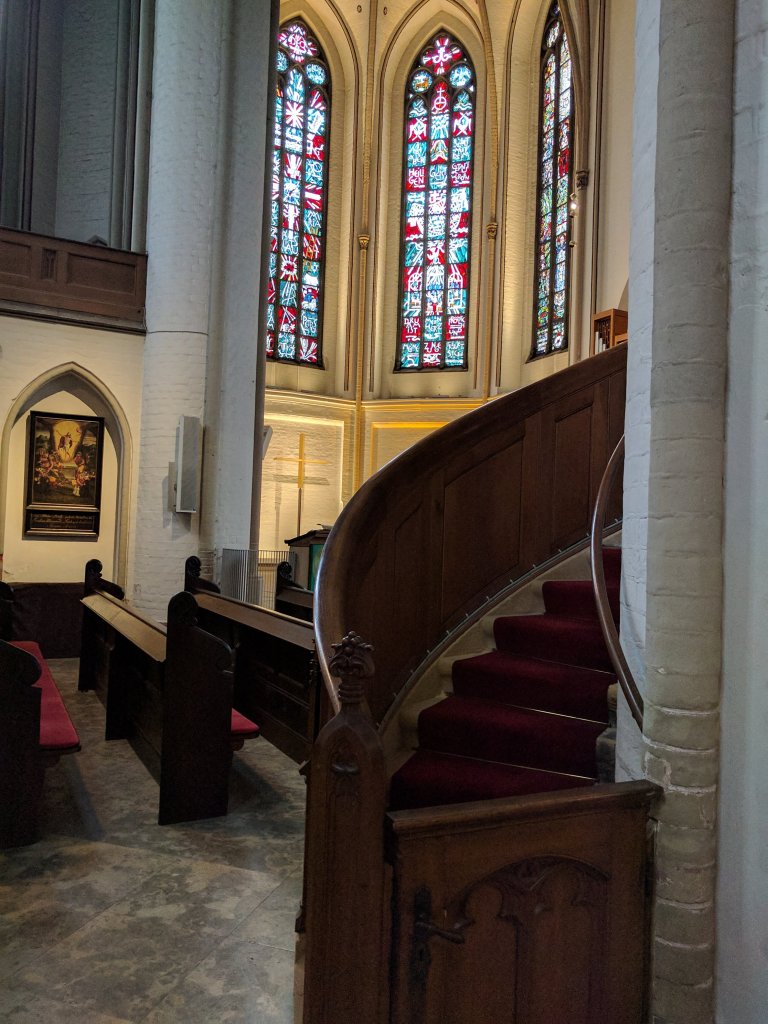 From St Petrikirche, we walked down to the Hamburg Rathaus (city hall). It’s a huge building, but very ornate on the outside. Inside is more ornate still.

Outside the central hall is a courtyard with an elaborate fountain. 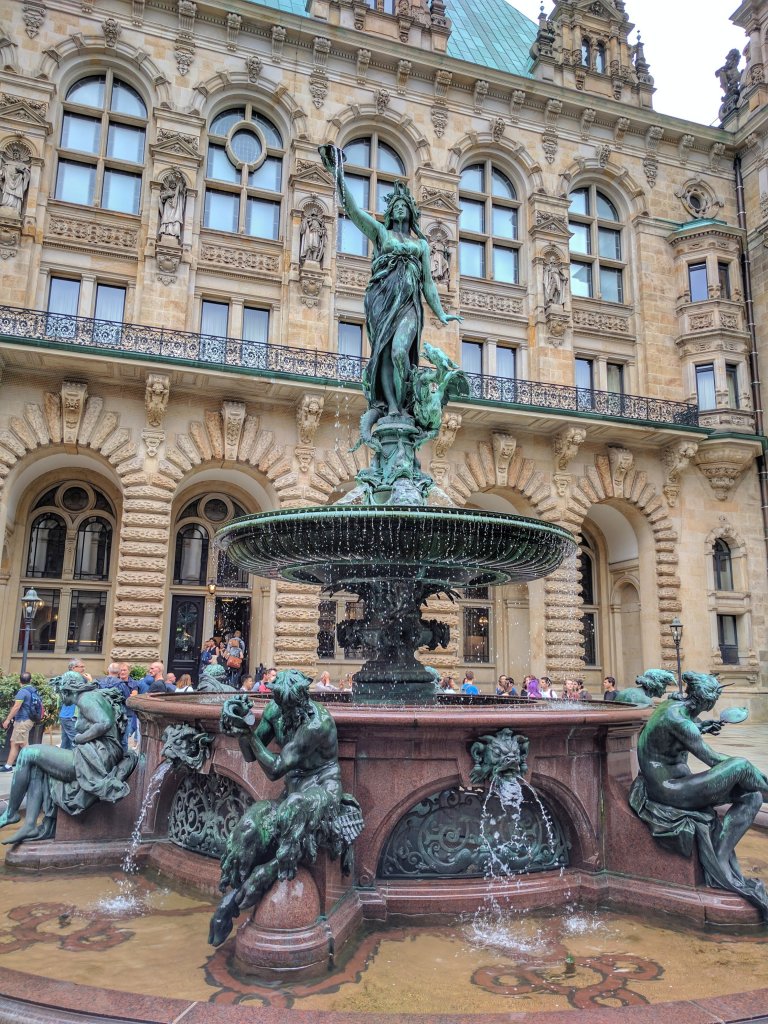 One thought on “København to Hamburg”