Returning to the US is a bit less direct than when we flew to Reykjavik. From Stockholm, we fly FinnAir to Bergen, Norway to connect to another flight to London, then back to the US. 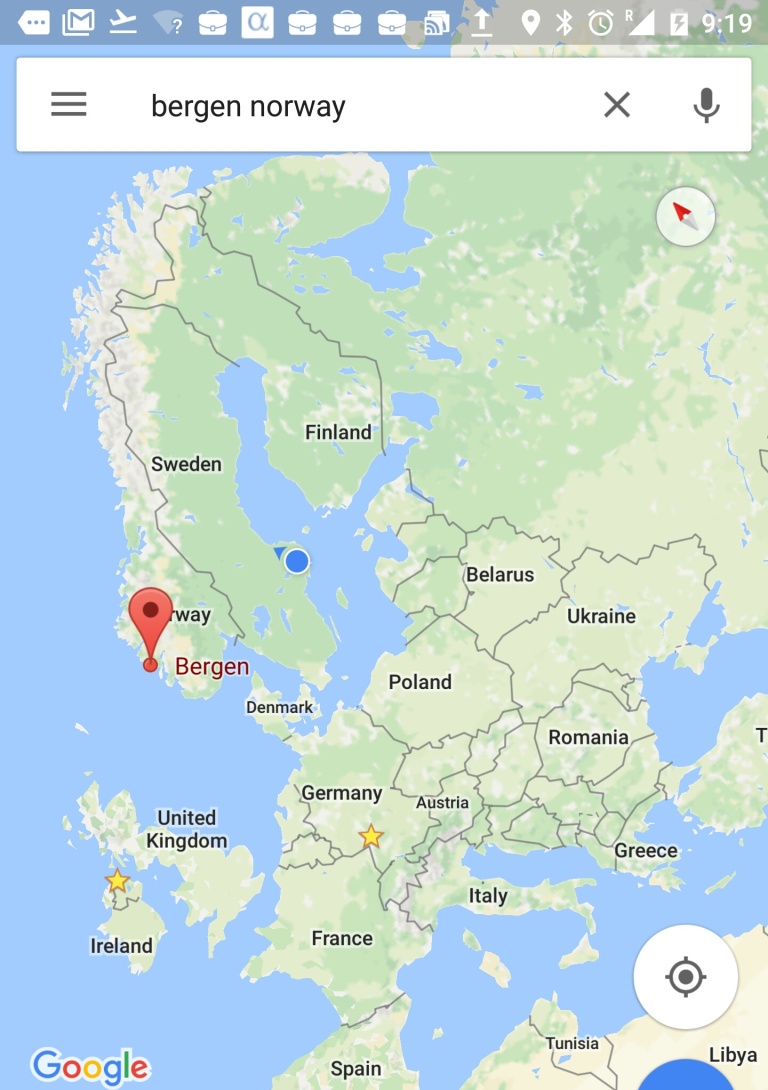 We found it a bit unusual, but less of a hassle, that when we flew into (from Iceland) and out of Sweden (to Norway), there was no immigration check. We had to show passports when we checked our bags, but this was to the airline; this may be because these are intra European flights.

The flights give me the chance to listen to some music and video that is synced from my Plex server. My current favorites are from a band with which you’re not likely to be familiar. Apocalyptica has been around for 20 years and are a Finnish band, playing mostly in Europe. YouTube. The other band is Within Temptation, a Dutch band, also playing mostly in Europe. YouTube. Don’t worry, their lyrics are in English.

There is immigration clearance in Bergen, but that’s because we’re going to/through the UK. As expected, our visit to Bergen consists of walking to (literally) the next gate.

And one last Hermès before we go. London Heathrow, terminal 3

No £ were lost here.

Of course, London does have immigration clearing and I think the airport checked our passport three times before we boarded.
We had enough time in Heathrow to stop into the Admirals club, but really nothing else except a quick stroll through duty free.

We made it fine, but our luggage is somewhere between Stockholm and the US. We suspect it didn’t make the connection in Bergen to London, but I guess we’ll find out.

Bags showed up two days later, mostly ok, but not sure where they traveled we did not.