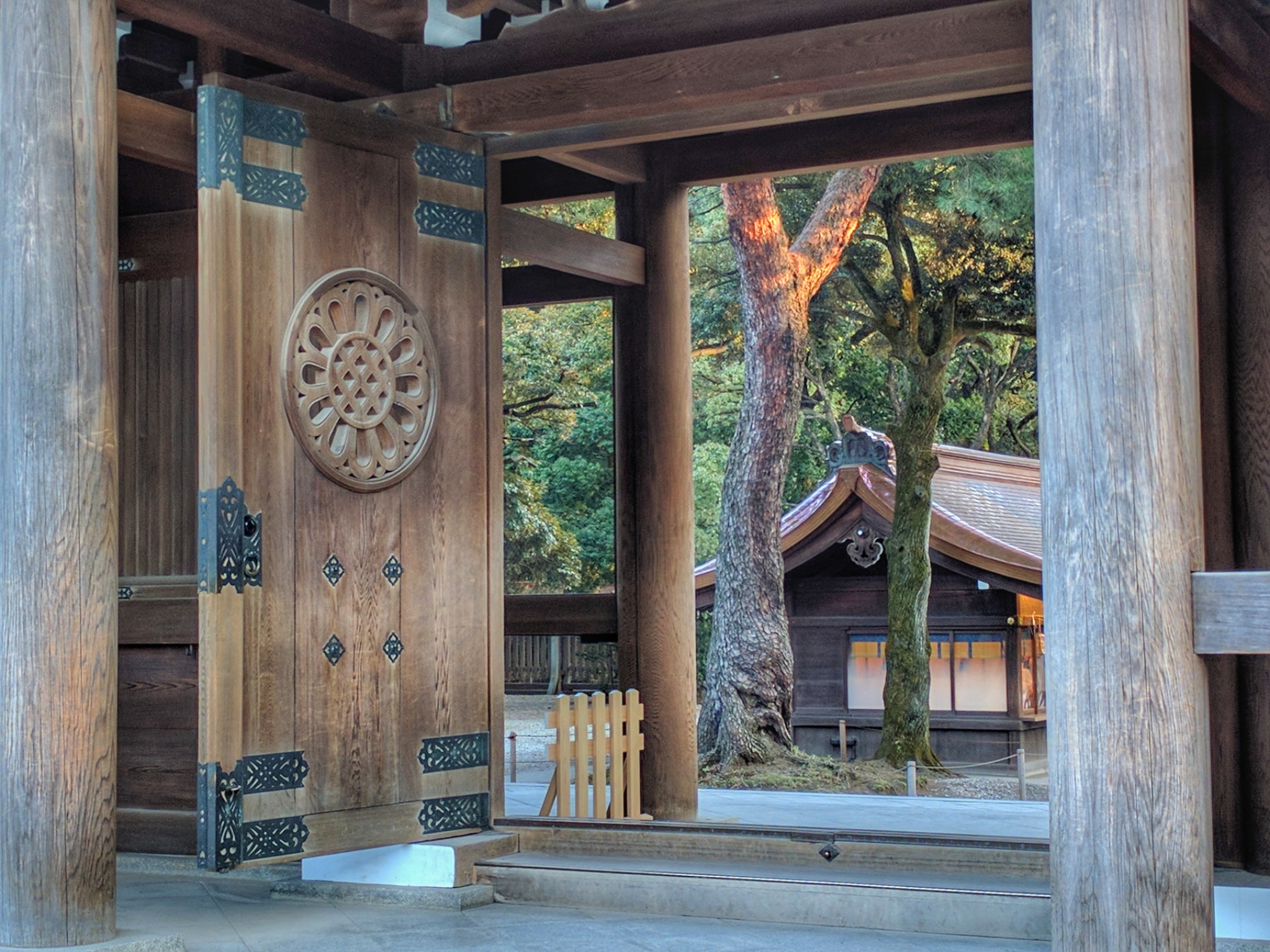 A robot greets us at the hotel entrance as we head out for our last full day in Tokyo.

We went back to the Ginza to visit the store that was closed earlier, Mitsukoshi.

Mitsukoshi was Japan’s first department store, established over a hundred years ago. It’s 10 floors above ground and two floors below ground. The two below ground floors are Mitsukoshi’s answer to Harrods’ food halls.

The first level of the food halls is prepared foods and has departments from countries around the world- Fortnum & Mason (London), Dalloyau (France), Laduree (France).

The second story of the food halls is dedicated to fresh vegetables , meats, seafood, bread, etc.

From Mitsukoshi, we took the subway out to the Meiji Shrine, located in Shibuya, Tokyo. The Meiji shrine is the Shinto shrine that is dedicated to the deified spirits of Emperor Meiji and his wife, Empress Shōken. The shrine does not contain the remains of the Emperor or Empress.The shrine is located in a forest. Since the spirits of Shinto gods are believed to live in natural objects, shrines are often surrounded by forests.

Shinto is called Japan’s ancient original religion. Shinto has no founder, no holy book. Shinto values harmony with nature, focusing on ritual practices to establish a relationship between the present day and the past.
As you walk from the nearest subway station to the park entrance, you become immersed in a forest of towering trees of different varieties, some so large it would be impossible to wrap your arms around them. Walking down the pathway, the trees form a canopy far overhead. The sounds of a busy city don’t totally disappear, but you are surrounded by the quiet deep forest around you.

As we prepare to leave Tokyo tomorrow, there a number of random things that come to mind about things we’ve observed about Tokyo and the Japanese people.