We spent most of our day exploring the Glasgow Cathedral and the adjoining Necropolis (I know, sounds creepy, but was amazing). It’s about 1.2 miles from our hotel, past Glasgow Central Station and Strathclyde University.

The Cathedral is the oldest building in Glasgow. Patron Saint and founder of the city, Saint Mungo, built his church here and his remains are in the lower crypt. Glasgow seems to be a city of spires, you can see them from most anywhere in the city and the Cathedral is one of the most notable. Saint Mungo died in 612 AD, but the Cathedral we see now has its origins in the 12th century, though like all buildings of this vintage, it was supplemented and rebuilt over the centuries. 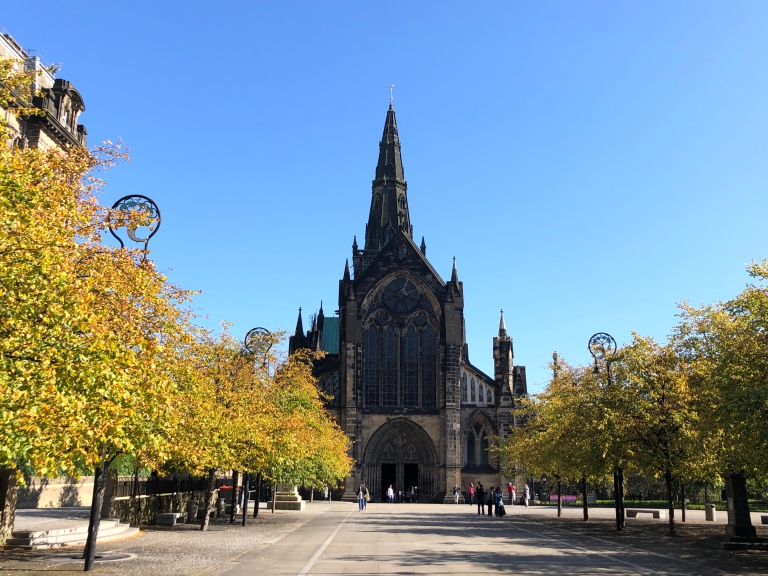 The Scottish Reformation Parliament of 1560 rejected the papacy of the Catholic Church and approved the Protestant confession of faith. This political act was not an isolated act, but the culmination of the wider European Reformation, beginning with Martin Luther and then by John Calvin, intertwined with the royalty and their religious affiliations. Catholicism became illegal. The printing press of Gutenberg allowed the more rapid spread of these ideas outside of the origins of the Reformation in (principally) Germany (Martin Luther) and Switzerland (John Calvin). 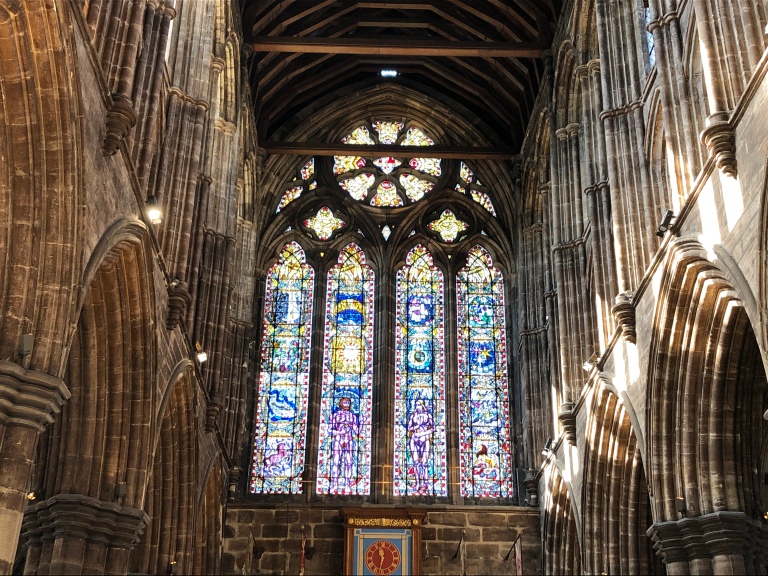 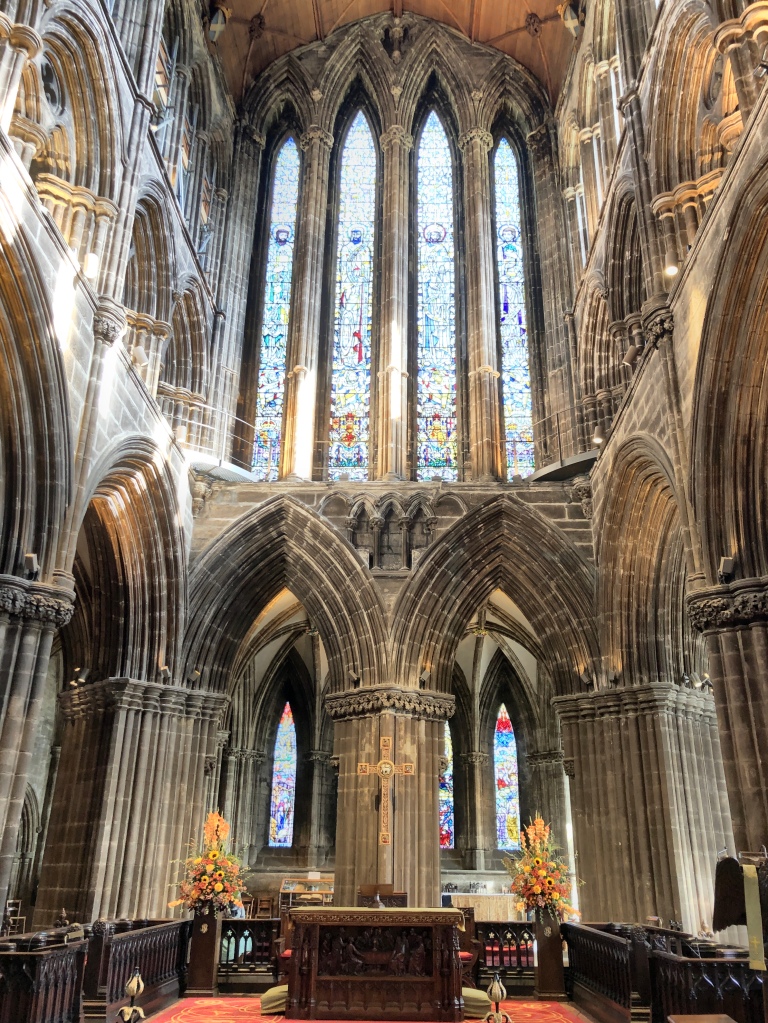 The High Alter was once enclosed by screens, keeping the clergy separate from the pilgrims visiting the church.

The role of the Church (the “Kirk”) after the Reformation changed the everyday lives of the citizens and society in a multitude of ways, from education, architecture and art as well as their relationship with God. 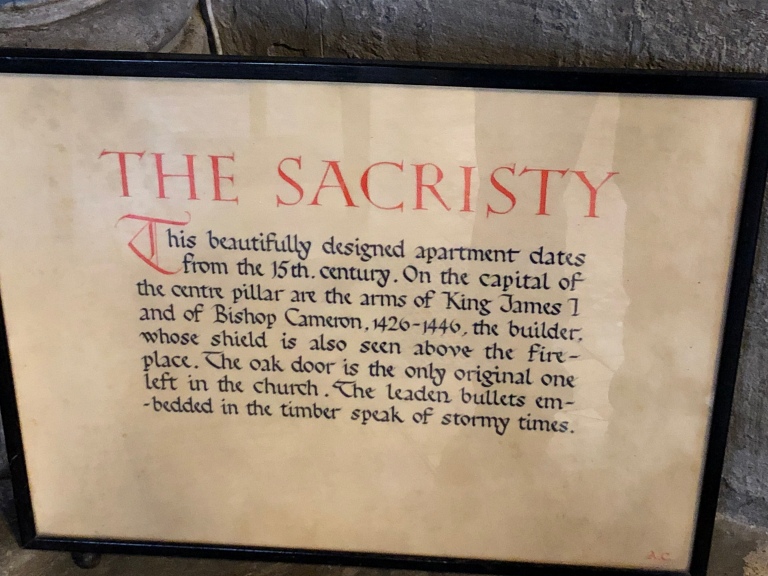 We visited both the upper and lower levels (crypt) of the Cathedral.

There is a bridge that crosses from the Cathedral grounds over a road to the entrance to the cemetery, it’s known as the Bridge of Sighs, the bridge between time and eternity. The view from below is unlike anything I’ve ever seen in a cemetery.

The Necropolis is visible once you exit the Cathedral, resting high above the Cathedral and the city. The Necropolis was established as a nondenominational burial place , partly out of pressure to have a place to bury the dead from an rapidly expanding population. Established in the 1830’s, the cemetery has 50,000 individuals buried there, though only a fraction of those have markers. The markers range from traditional headstones to large mausoleums with generations of families. Most of the headstones and monuments face their city and Cathedral.

The headstones we saw were mostly of the 1830’s to 1930’s with a very (very) few in the 1940’s. No current period interments, as the cemetery is full. Unsurprisingly, the larger monuments proclaimed the individual as a merchant or s banker, listing not only them, but the entirety of the family buried there.

We spent a couple of hours in the Cathedral (could have spent more) and about an hour exploring the Necropolis; there were quite a few other people there as well as tours being conducted by the “Friends of Glasgow Necropolis “.

It’s too late in the day to do much other real sightseeing, so we walked back towards Buchanan street (pedestrian shopping area) and then after stopping at Marks and Spencer for something to eat, on to the hotel.

All that sightseeing needed a reward. A French 75 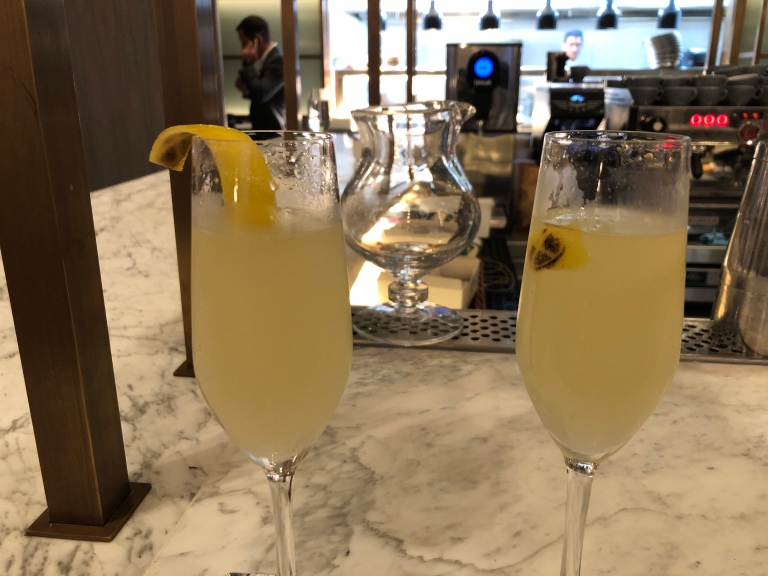 Glasgow has been surprising. Without knowing much about it beforehand, it’s a city that retains a mix of its Victorian heritage and its own culture, along with the new. Much larger than I had imagined, and at least in the parts of the city we explored, easy to navigate.

Scotland will have to decide its path forward if England leaves the EU. It voted to remain as part of Great Britain, but that was in 2014 and BB (Before Brexit and Before Boris) as it wanted to remain in the EU. Now that Great Britain seems focused on leaving the EU, that independence vote may come again.