The weather looked nice this morning when in the Lauterbrunnen valley. Often the mornings in the mountains and upper elevations it is cloudy in the morning and then clears. 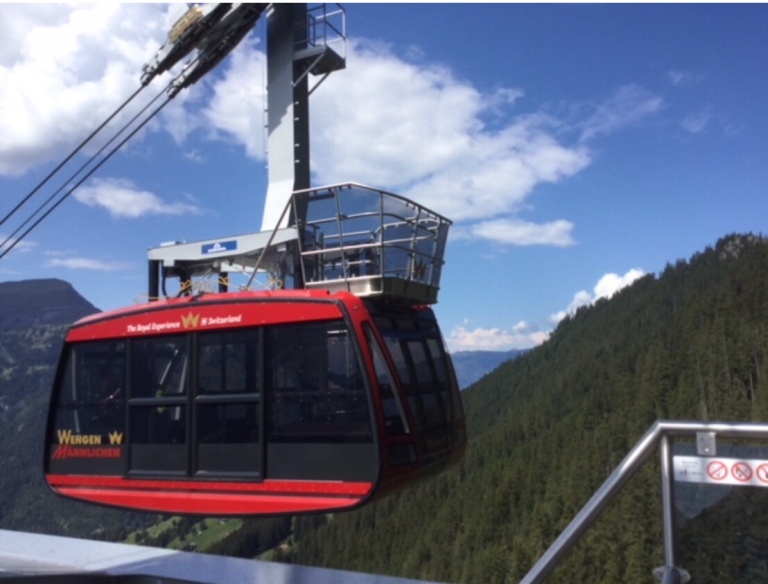 But the hike up the Männlichen proved more challenging than we remembered (or it might have something to do with age). It’s supposed to take 20 minutes from the lift station. We’ll just say one of us made it up to the peak and one didn’t. 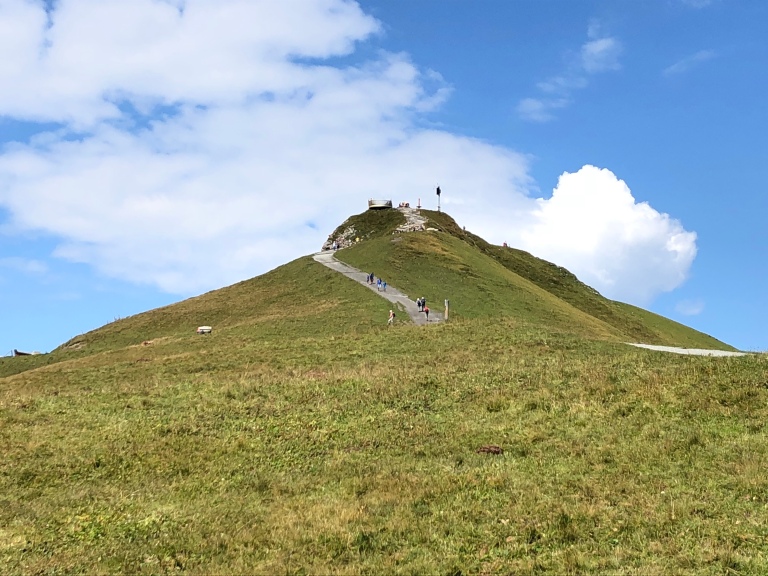 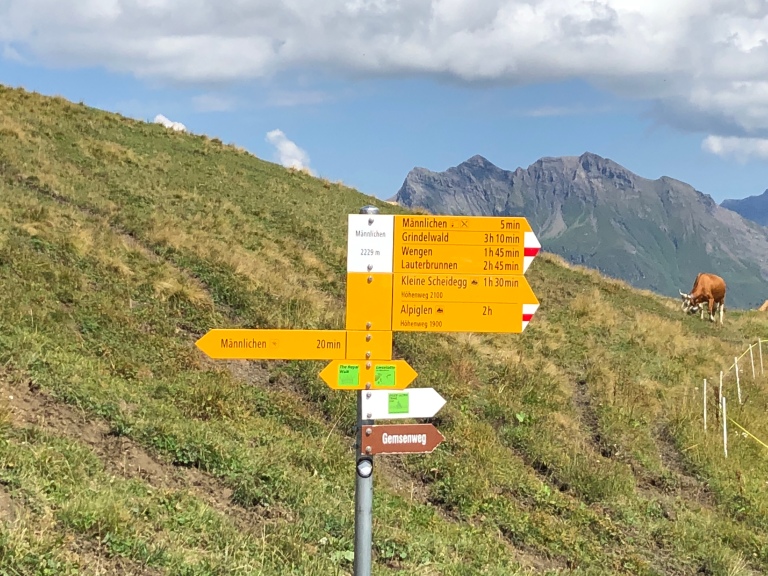 The path up to the summit starts out not particularly steep, but rises up to what must be a 30 degree incline. There are some benches along the way, but once you get to the steepest angle, there’s a gate, so the cows don’t wander up looking for grass and fall off the mountain. At that point, there’s a rope handrail up to the top where you’re rewarded with spectacular 360 degree views. 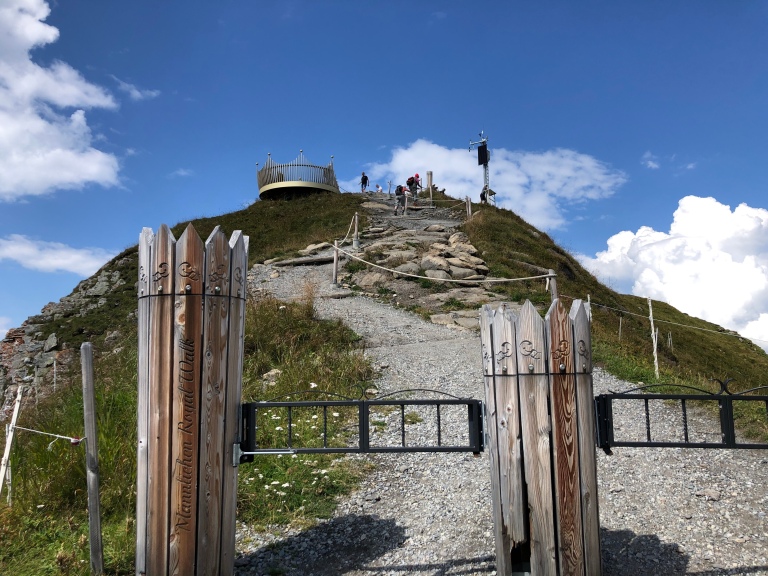 After spending some time on the peak taking photos, it was time to descend. In some ways, it’s easier to walk down, but since the path is still steep and covered in gravel, you have to “use your brakes” to not slip. Hard on the knees.

I met a couple on their way up the trail, pushing a baby stroller, with a young child. I explained the route to them and that it might require carrying the stroller up the part from the gate, but I didn’t wait around to see how far up they went.

Joining the member of the party who didn’t make the trip up, we sat on a bench taking in the views. Then I saw someone jogging up the trail. Really? A bit later, he came running downhill past us.

As you look down some of the slopes, you will notice some “fences”. These fences are to hopefully prevent avalanches breaking down from the mountain to the villages below.

We decided at this point we didn’t have the energy for an hour and a half hike down to Kleine Scheidegg, even though the trail is supposed to be moderate. Instead, we opted for a bier at the mountain top restaurant. 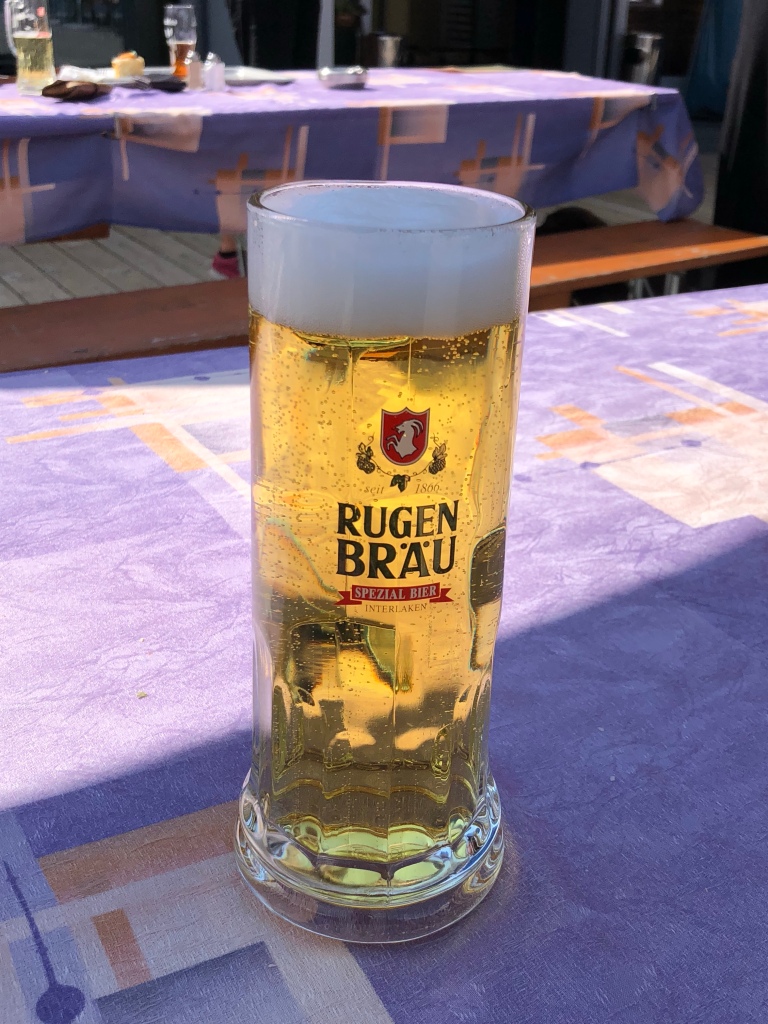 There’s some construction underway at the Grindelwald lift station. It looks like a pretty large expansion, but will not be ready until December 2019. This is a ski area in the winter and people take the cable car up from Grindelwald to Männlichen and then ski down.

We took the cable car back down to Wengen to do some shopping in one of the shops there before taking the train down from Wengen To Lauterbrunnen.

I’ve taken so many photos of this excursion, it’s not possible to include them all here.

Map of the region 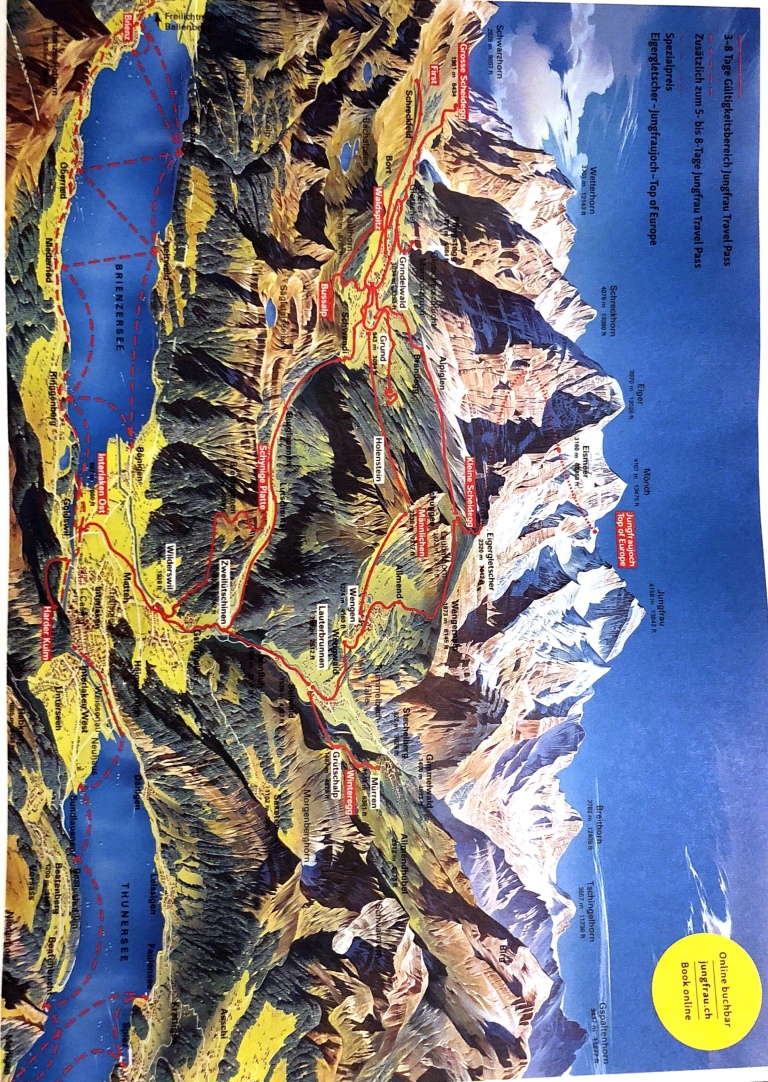 3 thoughts on “Wengen and Männlichen”